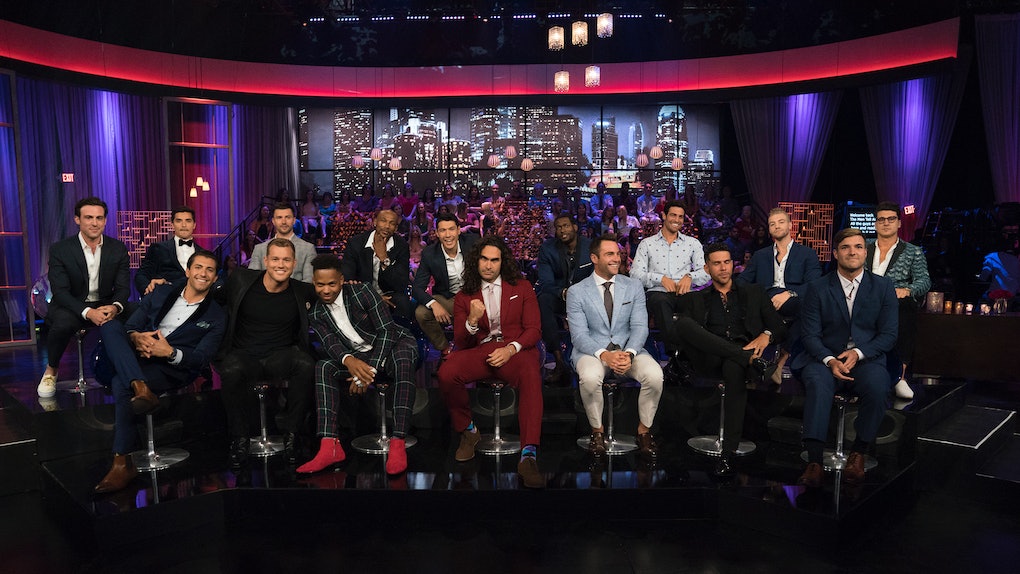 When Will The 2019 Bachelor Be Announced? Here's Everything We Know

For the dog days of summer, August is already suiting up to be a busy time for Bachelor Nation. Now that Bachelorette couple Becca Kufrin and Garrett Yrigoyen have driven off into the sunset together in their family-friendly car, ABC is about to kick off Season 5 of Bachelor in Paradise, but a big question still remains unanswered. We don't know who our next Bachelor will be, and Twitter fans are campaigning fervently for their favorite Season 14 guy to take the reins. When will the 2019 Bachelor be announced? We have a few more weeks until ABC announces its next leading man.

The turnover between The Bachelor and The Bachelorette is ridiculously quick, as the Bachelorette lead is often announced on After the Final Rose or soon after (or, if you're Rachel Lindsay, while your time on The Bachelor is still airing). She then begins filming a new season the following week. ABC has a bit more leeway after finishing The Bachelorette, as the network has also begun considering men's performances on Bachelor in Paradise before announcing its official Bachelor pick. That's how we got two-time runner-up Nick Viall as a lead, so if anyone's rooting for Paradise contestant Wills Reid to snag the Bachelor gig, there's still hope!

When it comes to exactly when ABC will announce the 2019 Bachelor, there's no exact answer. Last year's Bachelor announcement came extraordinarily late compared to previous seasons, with Arie Luyendyk Jr. presented as the Bachelor on Good Morning America on Sept. 7, 2017. Rumor has it that Arie was quite the last-minute pick, as Bachelorette Season 13 runner-up Peter Kraus and Season 12 contestant Luke Pell were considered more popular contenders, and the show's history of picking other Bachelors seems to prove that theory about the selection of Arie.

Former leads Nick Viall and Ben Higgins were both announced as Bachelors on the now-defunct After Paradise show. The announcement of Ben came on Aug. 24, 2015, while Nick's new role was confirmed on Aug. 30, 2016. Before Arie was given the star treatment with a GMA appearance, Season 19 star Chris Soules also took to the morning talk show in August 2014 for his official season announcement. Now that we no longer have After Paradise as a convenient platform for Bachelor Nation news, will the new lead be rolled out on GMA again?

For the first time in a few years, it seems that our likeliest Bachelor contenders come from the previous Bachelorette season. Third-place contestant Jason Tartick is a fan favorite, and in her post-finale GMA appearance with Garrett, Becca even endorsed the Buffalo native for the next Bachelor. You can't get more revered in Bachelor Nation than that, huh?

As usual, the most recent runner-up is always going to be in the conversation about the next lead, and Blake Horstmann is no exception. His emotional reaction to Becca's rejection stirred up viewers' sympathy, but selecting the latest runner-up as the Bachelor is actually quite rare. Is someone who reached that point of the competition really ready to jump right back into the show's process as a lead?

Apart from Arie finishing in second place years before his own season and Nick becoming Bachelor after his Bachelorette stints as runner-up, the last Bachelorette finalist to become the lead immediately afterwards was Ben Flajnik, whose season aired in 2012. Do you remember anything about that Bachelor year? Yeah, me neither. Maybe Blake being the Bachelor just isn't in the cards.

The debate about the next Bachelor is lively, but we definitely have about two to three weeks until the network finally puts a rest to our questioning. Make us proud, ABC!

Season 23 of The Bachelor premieres in January 2019.