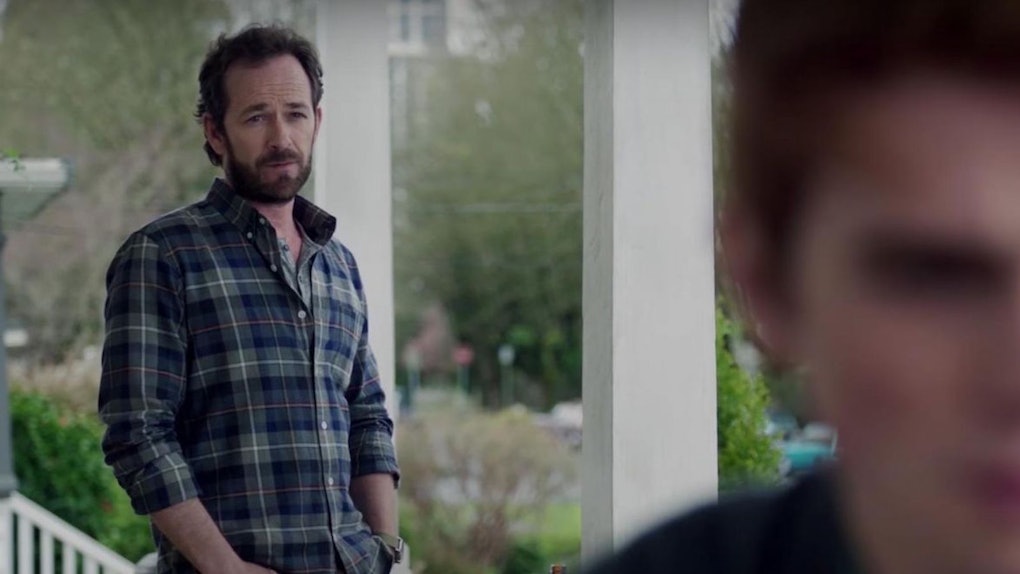 When Will 'Riverdale' Production Resume? It's Been Suspended Following Luke Perry's Death

Everyone is still reeling from the shock of Luke Perry's sudden death on Monday morning, and that includes the cast and crew of the show he was working on right up to his death. Following the devastating news, Riverdale shut down its production on Monday, and that shutdown has continued into Tuesday. So, when will Riverdale production resume? It seems like everyone is still taking some time to try to work out how to move forward.

Luke Perry's reps confirmed to Elite Daily that the actor died at the age of 52 on Monday morning, following a massive stroke days earlier:

Shortly after the news of Luke Perry's death broke, The Hollywood Reporter confirmed that Riverdale had suspended its production for the day, and the cast and crew have continued that shutdown through Tuesday. There is no telling when production will resume, but the team will likely have to begin working again pretty soon. Riverdale is currently in the middle of airing its third season, and the cast and crew have been in production for the latter half of this season up until Luke Perry's death on Monday. The CW has also picked up the series for a fourth season a little over a month ago, which will likely enter production a few months after Season 3 wraps.

Despite the production halt, Riverdale is still scheduled to air its new episode this Wednesday night. The new episode, entitled "Fire Walk with Me," will air two days after Luke Perry's death. It is not clear whether Perry's character of Fred Andrews will appear in the episode or not, or how many already-filmed upcoming episodes will feature Perry. Of course, the show will have to find some way to say goodbye to Fred Andrews before Season 3 ends, which is going to be tricky. Since Fred is raising Archie on his own in Riverdale, and Archie is still just a teenager (something that is easy to forget), Fred's absence will mean that Archie is going to be forced to find a new place to live.

And Luke Perry's Riverdale co-stars have also posted emotional tributes to the actor.

Lili Reinhart also wrote a brief poem on her Instagram stories about her reaction to Luke Perry's death.

It is clear that everyone on Riverdale is still in shock right now, so they may need some more time to deal with this unexpected loss. The show will still air a new episode on Wednesday, though, at 8 p.m. ET on the CW.

More like this
Will ‘The Falcon And The Winter Soldier’ Get A Season 2? This Could Be A Hint
By Ani Bundel
Is Commander Joseph Lawrence Good Or Evil? 'The Handmaid's Tale' Fans Have Questions
By Ani Bundel
'Ted Lasso' Season 2: Apple TV+ Release Date, Trailer, Cast, & More
By Ani Bundel
Stay up to date