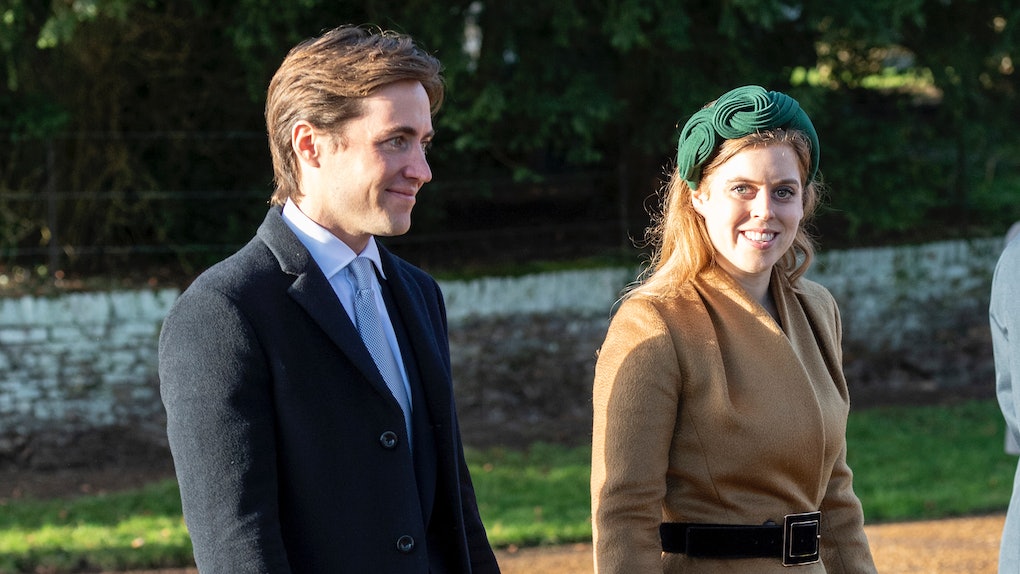 If you woke up at five in the morning to watch Prince William and Kate Middleton's wedding, cried at Prince Harry and Meghan Markle's nuptials, and swooned over Princess Eugenie and Jack Brooksbank's celebration, you're probably excited to watch the next royal wedding take place soon. But Princess Beatrice and Edo Mapelli's wedding date hasn't been announced yet, and The Sun reports that Beatrice is "furious" that the date announcement has been delayed for a second time. (Elite Daily reached out to Buckingham Palace for comment on The Sun's report and did not hear back in time for publication.)

According to The Sun, the delays in announcing the date are a result of all of the headlines the royal family has been making lately —  specifically, her dad Prince Andrew's controversial relationship with Jeffrey Epstein and her cousin Prince Harry's decision to take a step back from royalty alongside his wife Meghan Markle.

While the formal date announcement still has not been made, The Sun claims insiders reportedly say Beatrice, 31, will be marrying her fiancé Edo Mapelli, 36, on May 29 with a good old fashioned Buckingham Palace reception. “The decision has been delayed repeatedly because of all the issues, but finally they have something that seems to work — and barring any problems that should be when it goes ahead," a source reportedly told The Sun, adding that "the Queen has asked everyone to come together to put on a united front."

According to the same source, the royal family's PR team is reportedly hoping Beatrice's nuptials will serve as the perfect time to present that "united front" to the world. “The press officers of all the palaces hope to portray the Beatrice wedding as the big event that brings the family back together again," the source explained. “Aides know this will be a tough job, but it’s all they can do not just to save the wedding, but potentially the monarchy’s reputation.” But no pressure. Totally chill.

Beatrice and Edo first announced their engagement on Sept. 26, 2019. “We are extremely happy to be able to share the news of our recent engagement," they wrote at the time. "We are both so excited to be embarking on this life adventure together and can’t wait to be married. We share so many similar interests and values and we know this will stand us in great stead for the years ahead, full of love and happiness.”

Here's to hoping they're still feeling the love and happiness and they will be for years to come!