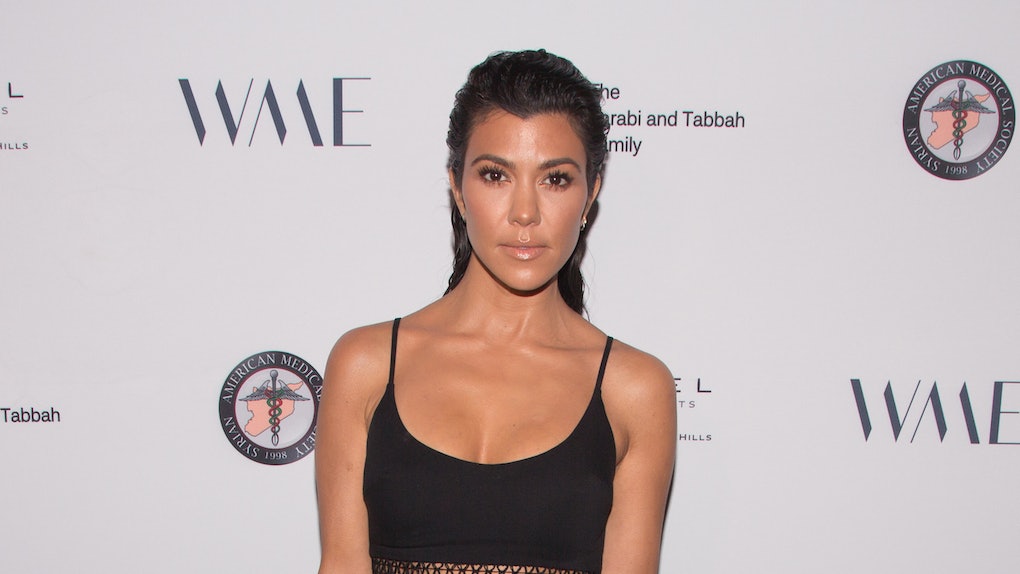 Kourtney Kardashian’s love life has been the subject of tabloid fodder for quite some time. From her breakup with Scott Disick to all the unfounded rumors that she was dating John Mayer, Kardashian’s romantic adventures are certainly of interest to her fans. But by and large, Kardashian has kept her romantic life pretty low-key, especially after breaking things off with former boyfriend Younes Bendjima in 2018. So, when will Kourtney Kardashian start dating again? According to a new report from Entertainment Tonight, Kardashian isn’t planning on starting a serious relationship anytime soon. A source for ET recently revealed that Kardashian, like her sister Khloé, is simply enjoying her freedom right now.

"Both of the sisters have been working non-stop, and really needed the getaway to clear their heads," the source revealed in a Tuesday, May 21 report from ET. "Both Kourtney and Khloé are single at the same time, which hasn't happened in a while. The sisters are really enjoying being single, and aren't rushing into dating right now. [They] know they'll get back to the world of dating when they are ready."

Elite Daily reached out to Kardashian for comment on the report, but did not hear back by the time of publication.

According to a May 20 report from Page Six, Khloé opened up about dating on a recent episode of the “Divorce Sucks! With Laura Wasser” podcast and said she isn’t ready for it right now.

“I’m not even thinking like that,” she said. “I’m not on [dating apps] but I don’t care to be. I am so in love with [daughter] True and being with her and enjoying every minute.”

She’s also taking time to focus on herself and her daughter True at the moment.

The Kardashian sisters are definitely taking time for themselves right now. They were actually just in Turks and Caicos living it up and enjoying as much of their freedom as possible. Khloé’s daughter True tagged along for all their beach-filled adventures, of course, so they were still on mommy and aunty duty while vacationing. But all in all, it looks like the Kardashian sisters had a great time and weren't even thinking about romance while on vacation.

According to ET, the Kardashians brought some of their close friends along, including Larsa Pippen, Stephanie Shepherd, Khadijah Haqq McCray, and Malika Haqq. ET’s source also said that Kim Kardashian was meant to go to Turks and Caicos as well, but the birth of her fourth child, Psalm, which happened on May 9, was more of a priority. And that makes sense. Baby Psalm is way more important than a vacation.

So, overall, things are looking pretty bright for all the Kardashians, whether they’re attached or not. It’s great to see them enjoying life and having fun!