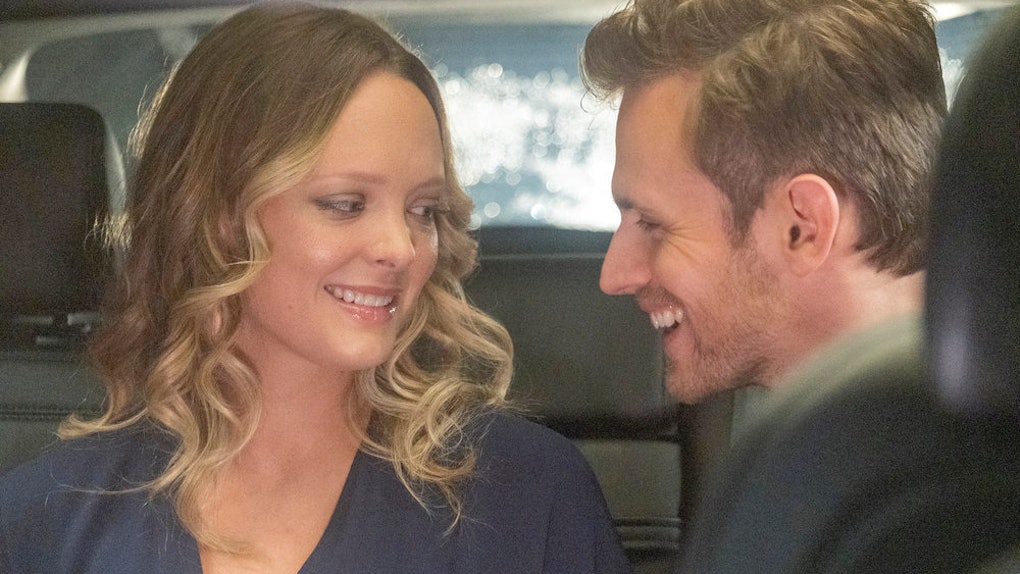 When Is Jack Damon’s Story Set In 'This Is Us'? It’s A Major Time Jump

This Is Us is known for playing with time. It's not a show that trades on science fiction or wibbly-wobbly timey-wimey stuff. But it does like to juxtapose different eras of the Pearson family side by side and leave it to viewers to figure out what happens when. In the Season 4 premiere, the "out of time" sequence was the blind musician, where fans thought he existed in the present day. Instead, his story turned out to be far in the future. So when is Jack Damon’s story set in This Is Us? Warning: Spoilers for This Is Us Season 4 follow.

The big reveal at the end of the episode is that our heretofore nameless musician was none other than the Toby and Kate's son, Jack Damon, all grown up. Fans knew baby Jack was born prematurely. But the episode didn't reveal that their son was blind, and would be so for life, until the very end of the extra-long hour.

So how old is Jack in the future? It's not exactly clear, but the show montages him through at least a couple of years during the episode. When he meets Lucy in the diner, for instance, Sammy is a puppy. When he proposes later down the line, Sammy has become a full grown dog. When Lucy reveals she's pregnant, Jack mentions the restaurant business they've just started, which they worked months to get off the ground.

And then, of course, there's Jack's career. When viewers first meet him, he's a struggling musician, who doesn't think he'll ever have what it takes to make it. The episode ends with him onstage at the Greek Theater, performing his hit single in front of hundreds of thousands of screaming fans. That doesn't happen overnight.

But there is a logical way to find an answer. Creator Dan Fogelman, for instance, suggested that the final scene in Season 3, with the family gathering at Rebecca's bedside, is around 12-15 years from the present day. That would put it around 2033-2034. That lines up with Randall telling 10-year-old Tess she'll still be having dinner with him "when she's 25." It also makes the Big Three 53-years-old in the finale Season 3 scene. Jack Pearson was 53-years-old when he died.

But Jack Damon was born in 2019. He would only be 15 or thereabouts during that scene. Here he's in his mid-20s or so. If one assumes the meet-cute with Lucy is him recently out of college at 22, and that their relationship happens over 2-3 years, that will make him 25 when she gets pregnant. This too lines up with Fogelman's statement that Jack's story takes place "10 years or so" after Rebecca's bedside scene.

That would make it 2044 when Jack Damon discovers he's going to be a father. Jack Pearson was born in 1944.

Once again, This Is Us folds back the pages to let fans see the scope of the story being told. It's the story of one family, the Pearsons, spanning a full century of their lives.