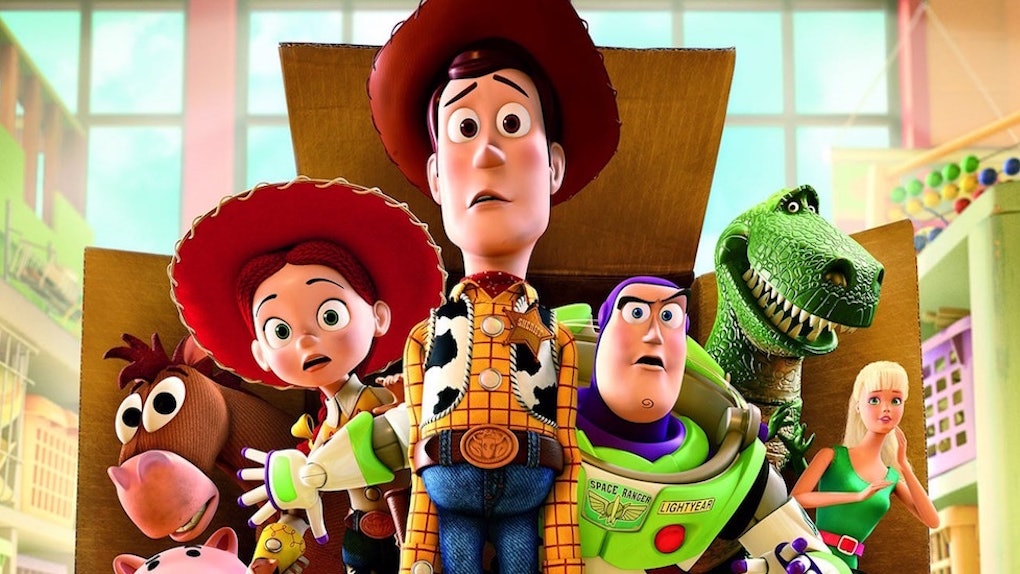 When Does 'Toy Story 4' Premiere? 5 Facts All Pixar Fans Should Know About The Movie

Disney and Pixar are getting ready to open up the toy chest once again. Nearly a decade has passed since that tear-jerking ending of Toy Story 3, and the next installment in the Toy Story sage is almost here to bring us all to tears yet again. Although a lot of specifics about Toy Story 4 are being kept under wraps, we do know a bunch of exciting details. So, if you're wondering when does Toy Story 4 premiere, or which characters to expect back, check everything we know about Toy Story 4 below.

Before we get into the specific details about Toy Story 4, let's go over the all of the development delays that the sequel has experienced. Disney first announced Toy Story 4 back in 2014, saying that the production company was intending to release the movie in 2017 and that it would be written by Rashida Jones and her screenwriting partner Will McCormack. The next year, Pixar announced that the release date was being pushed back to 2018, and then the year after that, it was pushed back yet again to 2019. In addition, Jones and McCormack parted ways from the movie at the end of 2017, and were replaced by Thor: Ragnarok scribe Stephany Folsom shortly after.

Hopefully, all those delays are over, and Toy Story 4 will stick to its announced release date of June 21, 2019. The movie's Facebook page recently reconfirmed that production is still on track for that date.

3. Can We Expect Any New Characters?

Each new Toy Story movie has also introduced fans to a handful of memorable new toys, and it sounds like Toy Story 4 will be no exception. In 2015, Patricia Arquette was reportedly in talks to sign onto the movie as a new toy, although the specifics about her characters have not yet been revealed.

4. And What About Returning Characters?

Of course, all of the iconic characters in the Toy Story franchise will be back as well, including Tom Hanks as Woody, Tim Allen as Buzz Lightyear, and Joan Cusack as Jessie. But sadly, there will be one member of the main cast who will not rejoin the rest of the gang in Toy Story 4: Mr. Potato Head. The legendary comedian Don Rickles was confirmed to reprise his role as Mr. Potato Head, but unfortunately, he had not yet recorded his part in the new movie by the time of his death last year.

Although Pixar loves to keep a lot of details about its movies secret, Toy Story 4 director John Lasseter actually has tipped fans off to what the central plot of the new movie is going to be. He revealed that Toy Story 4 will be a love story between Woody and Bo Peep, the shepherdess whose favorite hobby is flirting with Woody.

John Lasseter went on to further explain the plot, which he said drew from the fact that Bo Peep was notably absent from Toy Story 3. The new movie will explain why Bo Peep is no longer around, and will follow Woody and Buzz on a mission to go out and rescue her.

And that is pretty much everything that we know about Toy Story 4 at this point. We still have over a year to go before the movie actually comes out, so there is plenty of time for new info to get released. Toy Story 4 will land in theaters on June 21, 2019.

More like this
The 'Zola' Movie Trailer Will Have You Reliving The Iconic Twitter Story
By Dylan Kickham
The 'Space Jam: A New Legacy' Trailer Will Bring Back All Your Childhood Memories
By Cianna Garrison
'He's All That': Premiere Date, Cast, Trailer, Filming News, & More
By Dylan Kickham
Stay up to date