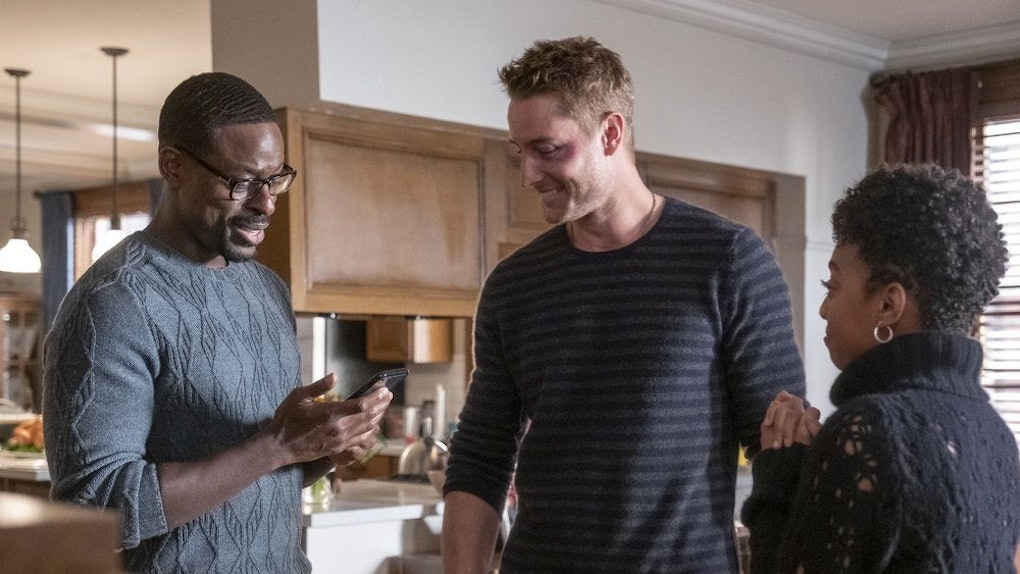 When Does 'This Is Us' Season 4 Return? You Won't Have To Wait Too Long

If this first half of the This Is Us season for 2019 feels short, you're not wrong. For the first time since the show began airing, the production has adjusted how the episodes play out. Each season is 18 episodes long, and for Seasons 1 through 3, that meant they were broken up with 10 installments in the fall and eight that followed after the holiday break. But this year is different, splitting evenly with nine and nine. The good news for those asking when does This Is Us Season 4 return, this change in where the season divides will not affect the January return date.

Fans are probably wondering why the show hasn't done an even split before this year. It's because of the way networks greenlight shows. When series are in their freshmen year, sometimes the entire season is greenlit ahead. But more often, the show gets a "front half" order, and then, if the ratings are good, the network will go ahead and pick up the rest of the season.

This Is Us was one of those shows that needed ratings to gain the full season pick up and get an order for "the back eight." The ratings were so good, in fact, it was the first 2016 freshman series to score one. But that 10/8 split became a holdover for the next two years.

With NBC greenlighting three more seasons this past summer, it seems the show is taking advantage by adjusting the schedule to get out of this uneven split of episodes. If the next two seasons stick to this nine/nine split, it means every season going forward will have the fall finale arrive with Thanksgiving.

But where the show ends in the fall doesn't affect when it comes back. That's a network decision, usually based on when other networks are doing premieres, to avoid overlap. NBC has traditionally aimed to bring all of its shows back the second week of January, and This Is Us has been a part of that week of premieres since it's debut. The back half of the seasons have premiered on Jan. 10, Jan. 9, and Jan. 15, respectively.

Season 4 will continue that pattern, with a return on Jan. 14. And the better news is, once the show comes back, fans will have an entire extra episode to look forward to in the spring.