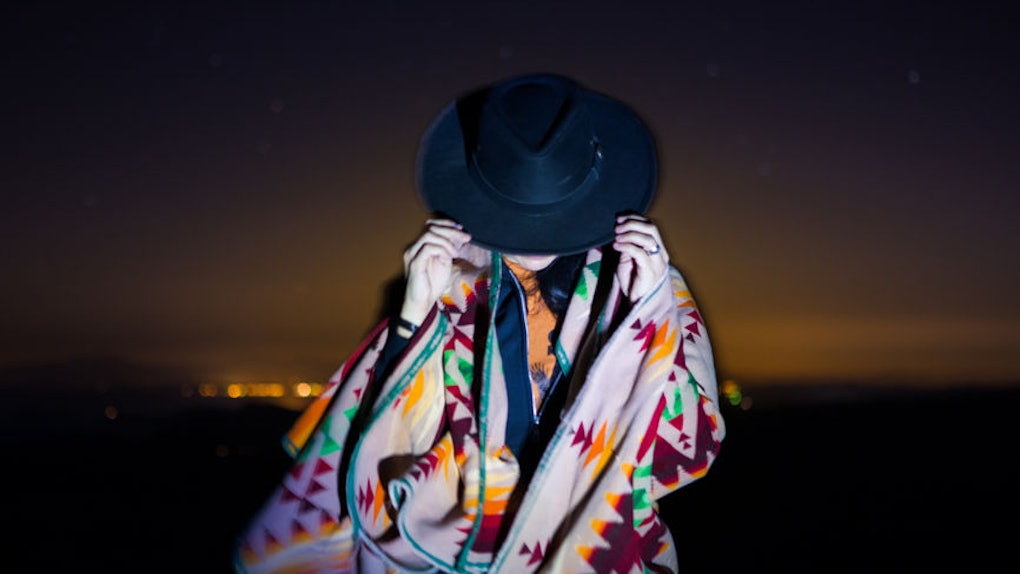 When Does The Perseids Meteor Shower Peak? Here's The Best Time To See The Sparkle

That's right, the most popular meteor shower of the year is upon us, and we're giving you exclusive access to this oh-so-cosmic event. With that said, I'm sure you're wondering, when does the Perseids meteor shower peak, exactly? Not to worry, my fellow indigo children, I'm going to tell you the ins-and-outs of this celestial celebration, and rest assured, you'll know exactly when to head outside. Besides, how could you not want to witness this spectacular moment? Mother nature is so magical, and it's times like these where I want to stop everything I'm doing, just so I can fully embrace her magic.

On the real, when was the last time you sat outside and looked up at the sky, just for the hell of it? I know a lot of us live in the city, chasing our dreams, and what not, but it really wouldn't hurt you to spend time more with nature. On the contrary, nature is EVERYTHING. For instance, did you know that walking barefoot on the grass is considered a natural remedy? Something as simple as going outside and taking a deep breath, is already good for your soul. Put it this way, our universe is already made out of energy, so why not go outside and revel in mother nature's goodness?

The best things in life are free, and interestingly enough, the Perseids meteor shower is a perfect example of this. So whether you're taking time out of your day to head to the countryside, or even better, time off to go camping, I sincerely hope you get to witness this cosmic phenomenon. Trust me, you won't regret it. So, grab a blanket, an alarm clock, and someone you love. We're going stargazing!

When Does The Perseids Meteor Shower Peak?

First things first: As per LiveScience, the Perseid Meteor Shower appears in the sky every year around mid-August, when the earth passes through a trail of dust left behind by Comet Swift-Tuttle. While some astronomers predicted that this comet could potentially collide with the earth, the terrifying prediction was (thankfully) later retracted. Of course, I was completely mortified when I first read this, but anyway, I digress.

According to Space.com, the notorious Comet Swift-Tuttle passes the earth every 133 years during his cosmic voyage around the sun, and this is precisely when the pieces of debris blaze throughout the night sky. NASA meteor expert Bill Cooke says that the Perseids are the pieces of debris that glow brightly, which are also referred to as fireballs. (P.S. Bill Nye would be so proud of me right now.)

Now, in terms of peak time, the Perseid Meteor Shower is said to peak on the night of Aug. 12 and 13. This is because the earth will pass the most dense part of the comet's stardust trail during the day on Aug. 12; therefore the nights before and after the event are considered the most visible. Makes sense?

How To Experience The Celestial Magic

Luckily for us, we will have full visibility of this stellar meteor shower. However, here are a few things you should to keep in mind:

I hope this helps.

See you on the other side, stargazers!