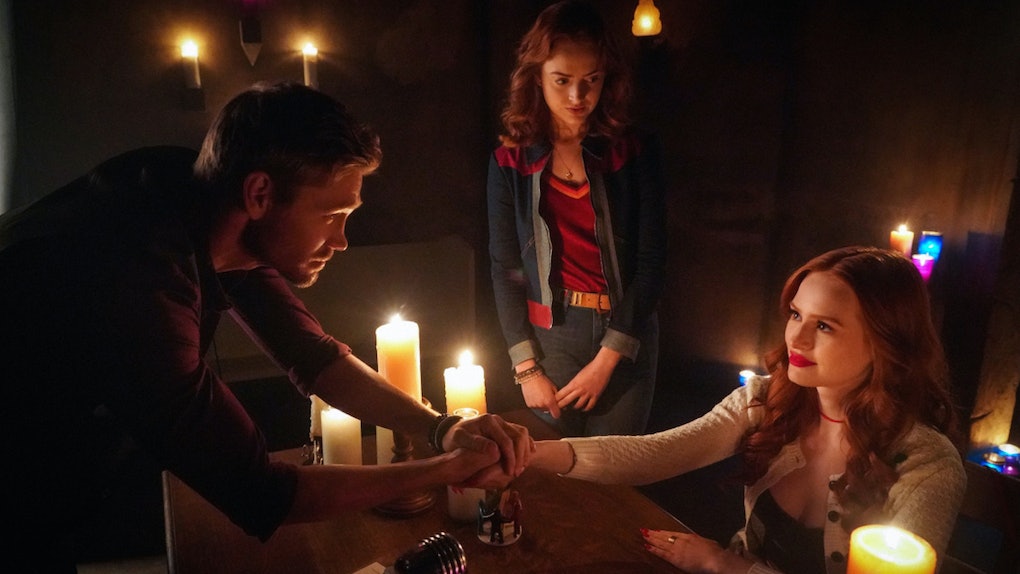 When Does 'Riverdale' Come Back In April 2019? The Show Is Off The Air For A While

Leave it to Riverdale to finally dive into the juicy stuff fans have been waiting for all season long and then randomly disappear. Unfortunately, the teen drama is taking one of its customary hiatuses after this week's latest episode, but it will be back to dig deep into the Farm, the Gargoyle King, and I guess more of whatever Veronica is up to in just a few weeks. So, when does Riverdale come back in April 2019? Fans are going to have to go three weeks without the show.

After another truly twisted new episode, the promo trailer for Riverdale Season 3 Episode 18 revealed that it will premiere on Wednesday, April 17, meaning the show is on a three-week hiatus until then. As Riverdale fans know, this is far from the first time that the show has suddenly announced a short-term hiatus between episodes. There was a similar three-week hiatus just last month between this season's 12th and 13th episodes, which came shortly after the month-long winter hiatus halfway through this season.

This recent break may have been caused by events outside of the show's control, though. After Luke Perry died at the beginning of March, Riverdale immediately shut down production on its third season and remained off set for several days. That shutdown probably forced Riverdale to adjust its schedule a bit. The Riverdale cast did have a Season 3 wrap party earlier this week, though, so it sounds like the rest of the season is now ready to go.

Riverdale also gave fans a sneak peek at what the upcoming episode has in store for us, and it looks like it will deal a lot with Betty taking on the Farm and Jughead tracking down the Gargoyle King... finally! Check out the promo clip below, but before you watch, here's a quick spoiler alert to not watch or read on if you have not yet seen Riverdale Season 3 Episode 17, "The Raid."

Although we have to wait three weeks for it, the upcoming episode "Jawbreaker" definitely looks like it is going to deliver some major drama and hopefully some long-awaited answers. The clip seems to suggest that Betty and Toni will team up to try to save Alice and Cheryl from the Farm, and Jughead will be working alongside his dad to investigate Baby Teeth's ritualistic Gargoyle King death as well as arresting Kurtz.

Betty and Jughead's storylines have definitely taken center stage at this point, considering they are the two characters most devoted to solving the mysteries of the Farm and the Gargoyle King (which many fans theorize are related), but the teaser also shows us what Archie and Veronica will be up to. It is another week of boxing matches for Archie, as he goes up for a rematch against Elio's champion fighter from a couple episodes back, and Veronica only pops up briefly to tell Archie that she is always in his corner. Oh, do I sense a Varchie reunion? I wonder how Josie is going to feel about that.

More like this
Why Isn't 'Grey's Anatomy' Airing On April 29, 2021? Blame Football
By Abby Monteil
When Will 'Riverdale' Season 5 Return In 2021? Its Mid-Season Break Is Long AF
By Rachel Varina
Why Isn't 'A Million Little Things' Airing On April 28, 2021? It's Taking A Break
By Umber Bhatti
Stay up to date