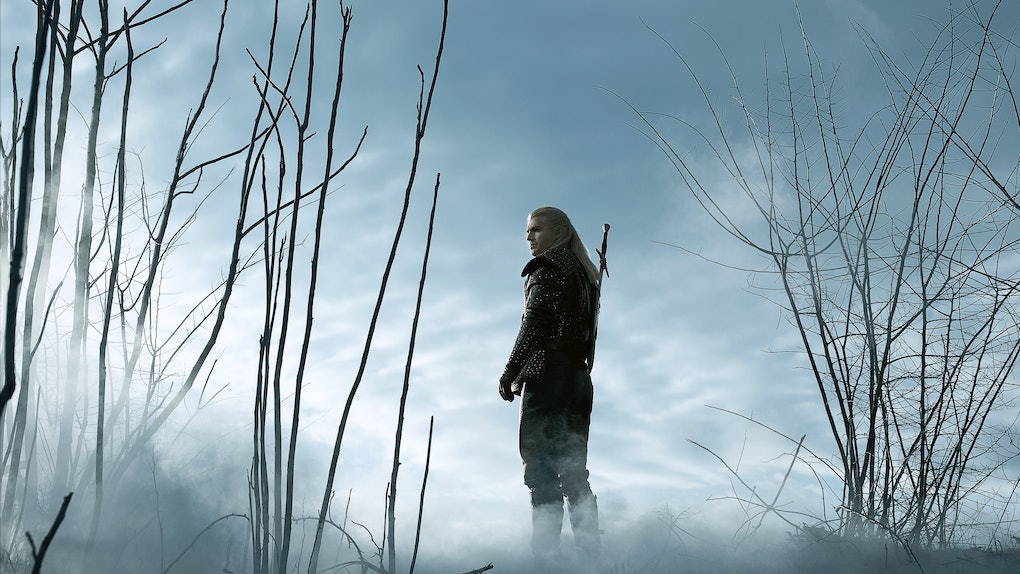 When Does Netflix's 'The Witcher' Premiere? This Tweet May Have Accidentally Revealed It

Netflix's The Witcher is one of the streaming service's more anticipated 2019 releases. It's based on a best-selling fantasy series and stars Henry Cavill. Netflix has never come right out and said this is its answer to filling the hole Game of Thrones left behind, but it doesn't have to. Fans have assumed it there anyway. With eight episodes set to cover the first book of the series, fans have been asking, when does Netflix's The Witcher premiere? Fans are convinced that Netflix might have accidentally revealed the date Twitter.

UPDATE: In a comment to Elite Daily responding to the since-deleted post, Netflix says the launch date for The Witcher has not yet been confirmed.

EARLIER: It wouldn't be the first time Netflix's social media account accidentally spilled an embargoed bit of release information. Last year, the Netflix account tweeted a list of December release dates with Black Mirror: Bandersnatch listed on it, despite that premiere being embargoed.

The new post, which suggested when The Witcher would premiere, was not quite so easy to put together. Instead, it was a list of "How many sleeps until" for several hotly anticipated releases coming in 2019. For example, The Politician, which arrives on Friday, Sept. 27, had "16" next to it, representing the number of nights between the tweet's Sept. 11 posting and the date in question. Peaky Blinders had "23" (Oct. 4), the Breaking Bad movie had "30" (Oct. 11), and The Crown Season 3 had "67" (Nov. 17).

With a listing of "97" days until release, that means The Witcher arrives one month after The Crown, aka Dec. 17, 2019, making it a Tuesday release.

(Also included on this list? You Season 2, with "110" sleeps, which makes it a Dec. 31 release. Mark your calendars accordingly.)

The Witcher is based on a series of novels and short stories that began in 1993 by Polish author Andrzej Sapkowski. The series has since been adapted into graphic novels and video games. Here's the official synopsis, via Netflix:

Based on the best-selling fantasy series, The Witcher is an epic tale of fate and family. Geralt of Rivia, a solitary monster hunter, struggles to find his place in a world where people often prove more wicked than beasts. But when destiny hurtles him toward a powerful sorceress, and a young princess with a dangerous secret, the three must learn to navigate the increasingly volatile Continent together.

Considering Netflix has started to spread content out across the week, a Tuesday release for this highly anticipated series would make a lot of sense. Dec. 17 also happens to be the first Tuesday after most college campuses close and "back half of December" vacations start for families. That makes it a perfect time for a fantasy series aimed at the whole family to arrive.

Fans will be keeping a close eye on any confirmation one way or the other for The Witcher's release date from here on out.