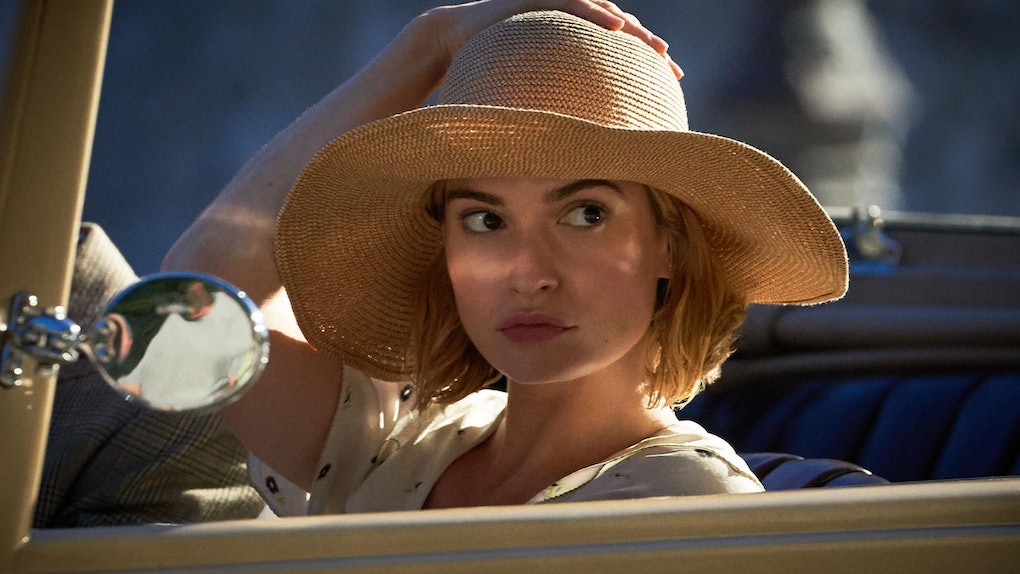 When Does Netflix's 'Rebecca' Take Place? Here Are The Clues We Have

Daphne du Maurier's Rebecca is referred to as a "timeless classic." On the one hand, this is true. The story of a second wife trying to find her place in a household where the first wife's memory lingers is an old story. Turning it into a horror novel about trusting your new spouse is as relevant today as it was when the book was written. And yet, Rebecca is also a story about a particular world, one that's hard to divorce the material from. So, when does Netflix's Rebecca take place? No exact date is given, but we can figure out a general idea from context clues.

Warning: Spoilers for Netflix's Rebecca follow, along with a few from the novel. The original Rebecca novel was published in 1938. The daughter of a titled manager and producer, du Maurier married an aristocratic gentleman known as "the father of the British airborne forces." Her life, therefore, was upper-middle class, and all of her stories revolved around people who lived that lifestyle.

Rebecca is no exception. The narrator starts as a lady's companion; a job deemed respectable for young unmarried women of a certain age. Though Maxim De Winter is not titled, he casually owns a giant legacy estate. Moreover, he keeps an impressive amount of staff on hand. As Downton Abbey openly discusses in its series, this servant class was already on its way out in the 1920s. And there are the giant ball sequences, another feature of a time and place that no longer exists.

It's difficult to imagine anyone who is not directly related to the Windsor monarchy living a life like this any time in the 21st century.

Speaking of the 21st century, many of Rebecca's key plot points require a lack of technology to work. From the calamity on a boat with no way to contact anyone to the initial misidentification of Rebecca's body, none of that works in a world with cell phones and DNA testing. Plus, the need to go to London to see a doctor about a possible pregnancy requires a lack of home pregnancy testing.

There's also the clothing, the cars, and the boats, all of which are deliberately 1930s-era designs. There's also the particular class of holiday-making in the show's early sequences, in which "servants" are not allowed in the dining room — all of this points to the era between the two World Wars.

Though the film never specifically says this is set in the 1930s, it doesn't have to. Rebecca may be timeless in its themes, but its trappings are all of the interwar period.

Rebecca is on Netflix now.

More like this
Is Netflix Making A 'To All The Boys' Spinoff Series About Kitty? Here's The Tea
By Rachel Varina
10 Rainy Day Movies To Watch On Netflix That Are Perfect To Pass The Time
By Kristen Perrone and Lexi Williams
Netflix's 'The Circle' Season 2: Release Date, Cast, Trailer, & More Info
By Ani Bundel
Stay up to date