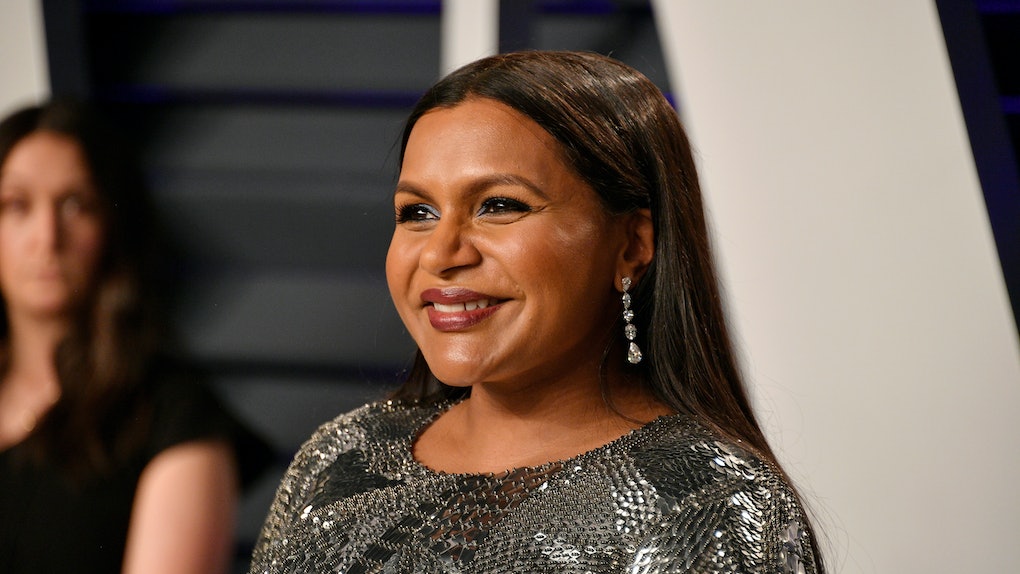 When Does 'Late Night' Premiere? Mindy Kaling's Movie Is Going To Rock Your Summer

If there's anything the world of late night TV needs, it's more women sitting at the host's desk. Luckily, Mindy Kaling is giving that concept a platform in her upcoming comedy Late Night. Starring Kaling and Emma Thompson, Late Night follows a struggling talk show host who hires her first female staff writer to insert a fresh burst of energy into her show. This dynamic duo is emulating TV goals on the big screen later this year, so when does Late Night premiere? It's now slated for a June 7 theatrical release.

Written and produced by Kaling, Late Night first premiered at the Sundance Film Festival in January. There, audiences were introduced to the movie's legendary talk show host (Thompson) who takes on a sole female writer (Kaling) to avoid controversy about the program's diversity and accusations about her disliking other women. With different backgrounds and work ethics, the two women initially clash at the office but find common ground when it comes to producing content for their show. Sounds fun, but can we get an actual talk show hosted by Emma Thompson someday?

The film has yet to release any proper video teasers, but its Twitter account just posted a quick clip of Kaling's character approaching the TV show's studio and looking at its marquee, which showed off the June 7 release date. Maybe we can expect an official Late Night sneak peek soon, but for now, Kaling took to her own Twitter page to explain why fans should check out the movie.

"Last season of Game of Thrones will be done by then so you have no reason not to see it," she said in a video message. Well, I'm sold!

Foreshadowing the very meta press tour these stars will have in store this summer, Kaling explained the movie's premise in a May 2018 appearance on Late Night with Seth Meyers. "It's in a world where there is a female late-night talk show host on a major network, so it's in a crazy world," she joked, also revealing that Meyers plays himself in the film and that she spoke with his staff writers for role research.

In an interview with USA Today, Thompson said that the movie is "certainly about diversity of any kind." "It’s wonderful to read something which is about what’s left out, and what’s been sidelined and marginalized for so long," she said. "But it’s so subtly done and so funny, so there’s no sanctimony about it. It’s just truthful."

The Late Night cast also includes John Lithgow, Denis O'Hare, Hugh Dancy, and Kaling's The Mindy Project co-star Ike Barinholtz. Nisha Ginatra, who has directed episodes of Brooklyn Nine-Nine, The Mindy Project, and Dear White People, helms the project. With a female director and two women headlining the film, Late Night definitely sounds like a much-needed fresh take on something very familiar to most people. I'm all for Thompson taking over for Meyers or Jimmy Kimmel on a night ahead of the movie's premiere. Who's with me?

Late Night is in theaters on Friday, June 7.

More like this
Kathryn Hahn Hopes To Explore Agatha's Backstory In Future Marvel Projects — EXCLUSIVE
By Dylan Kickham
'He's All That': Premiere Date, Cast, Trailer, Filming News, & More
By Dylan Kickham
Where Is The 2021 Oscars Ceremony Being Filmed? The Location Is So Different
By Umber Bhatti
Stay up to date