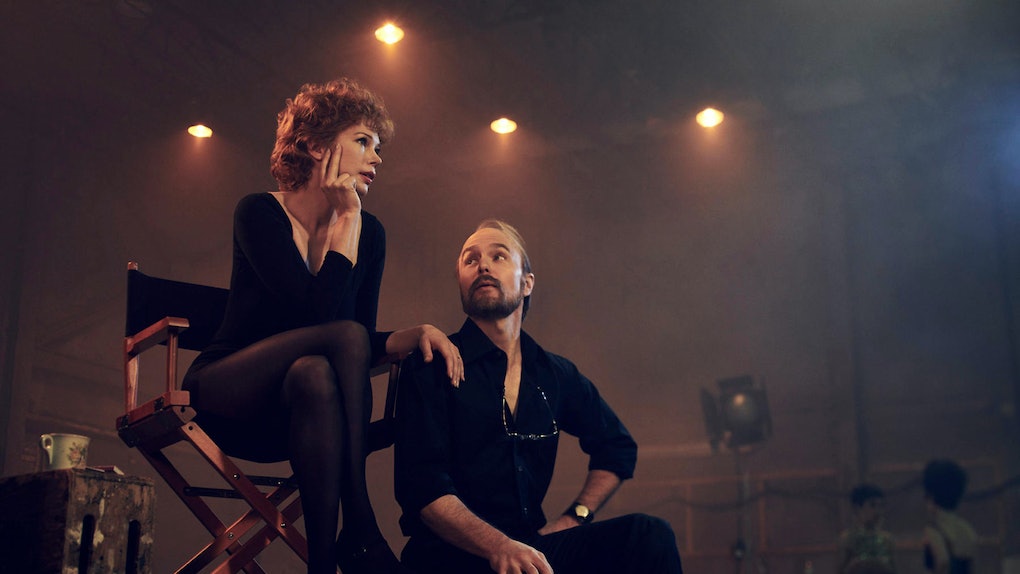 When Does 'Fosse/Verdon' Premiere? The New FX Show Is Coming Sooner Than You Think

When most people hear the name "Fosse" images of Broadway come to mind, of the 1970s, of Chicago, Cabaret, and All That Jazz. But the story of Bob Fosse, who won a record eight Tony Awards for choreography during his lifetime, is far more complicated. In 1954, he choreographed his first Broadway musical, The Pajama Game, followed by 1955's Damn Yankees. The latter starred Gwen Verdon, the woman who would go on to be his wife and muse until his death in 1987. The newest biopic series focuses on their relationship. When does Fosse/Verdon premiere? FX plans to start the eight-episode limited series run in April.

Fosse/Vernon stars Sam Rockwell as the legendary choreographer and director and Michelle Williams as Verdon, his partner in what was a violate marriage. The two married in 1960, and spent a decade together, including having a daughter, Nicole. But by 1971 they could no longer make it work, and the two separated.

But their's was not a love story that ended when they moved to their own apartments. Unlike most breakups, Fosse and Verdon never divorced. Even after his death in '87, Verdon never remarried either. She passed away in 2009.

But while Fosse and Verdon's story has more to it than people think, the trailer has what you would expect: Spotlights, high kicks, chair dancing, and lots and lots of snapping.

The new series is one blessed by the family, Nicole Fosse is counted among the show's numerous executive producers, along with both Rockwell and Williams, as well as Lin-Manuel Miranda and Steven Levenson, of Dear Evan Hansen fame.

Here is the series' logline, according to Deadline:

Fosse/Verdon will tell the story of these two brilliant, complicated individuals – the love they shared, the art they created, and the price they paid in the pursuit of greatness.

Fosse's legend is significant enough this is not the first time a biopic has been made of him. It speaks volumes his third biggest film hit, All That Jazz, was actually an autobiopic, cementing Fosse's vision of how he wanted the world to see him and his career. Made in 1979, it doesn't star Verdon but instead features Ann Reinking, his 1970s era collaborator, who was also the woman he carried on a years-long extramarital affair with after he and Verdon separated.

As with any story based on real people and events, one of the shows selling points will be casting roles of the famous people who Fosse and Verdon found themselves working with. To that end, FX has announced Norbert Leo Butz (My Fair Lady) will play Broadway legend Paddy Chayefsky, Nate Corddry (Mindhunter) will be legendary playwright Neil Simon, and Margaret Qualley (The Leftovers) will play Ann Reinking.