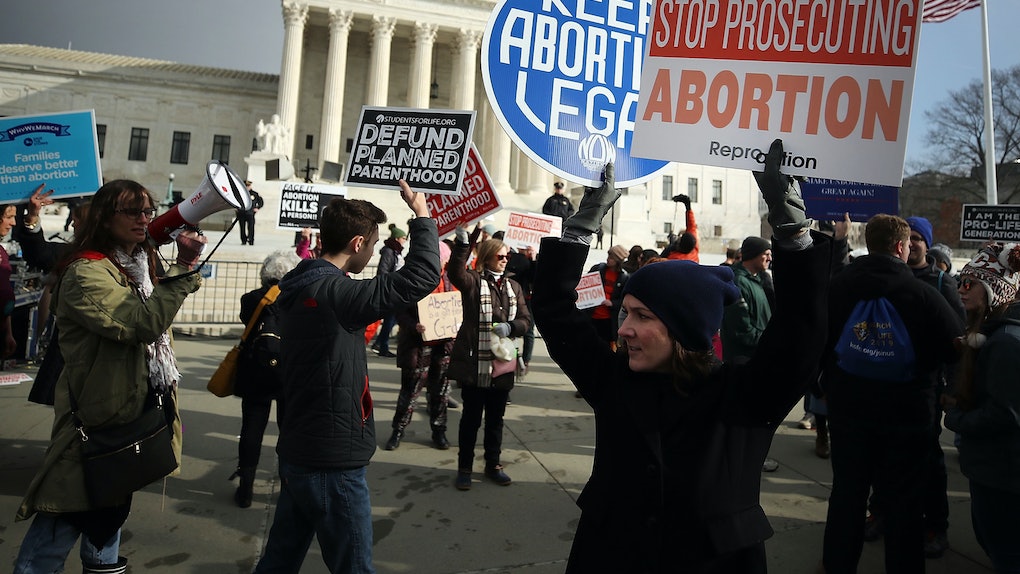 When Does Alabama’s Abortion Law Go Into Effect? It's Not Happening Right Away

By now, you've probably heard that Alabama's governor signed the most restrictive abortion bill in the country on May 15. It's a near total ban on abortion, including in cases of rape or incest, which may be seriously frustrating. But the procedure is still legal at the moment. So when does Alabama's abortion law go into effect? It's not happening right away, but keep an eye out.

If you missed it, the bill, which is called the Human Life Protection Act, bans almost all abortions in the state, unless the mother's health is in danger. It also makes performing an abortion a punishable offense. While women would not be held criminally liable for having an abortion, doctors who perform or attempt to perform the procedure can face anywhere between 10 and 99 years behind bars. At the earliest, the ban, which is said to be a part of a broader strategy to overturn Roe v. Wade, the Supreme Court's 1973 decision establishing abortion rights, will go into effect in six months.

“To the bill’s many supporters, this legislation stands as a powerful testament to Alabamians’ deeply held belief that every life is precious and that every life is a sacred gift from God,” Republican Gov. Kay Ivey said in a statement shared with CNN on May 15.

However, that six month timeline doesn't take into account the likely legal challenges. On May 14, the day the Alabama state Senate voted to pass the bill, the American Civil Liberties Union (ACLU) of Alabama vowed to challenge the measure. In a message shared to Twitter it wrote that it plans on launching a lawsuit alongside the national ACLU and Planned Parenthood "to stop this unconstitutional ban and protect every woman’s right to make her own choice about her healthcare, her body, and her future." As CNN points out, legal challenges could ultimately prevent the law from taking effect for years.

That's not the only way people are pushing back against the measure, either.

Groups such as NARAL Pro-Choice America, the ACLU, Women's March, and EMILY's List have organized a movement called "Stop The Bans" to protest the many anti-abortion bills that have surfaced lately, like the "heartbeat bill" in Georgia, which bans abortions when a fetal heartbeat is detected — usually at about six weeks, before many people even know they are pregnant. There's also Missouri's new bill that bans abortions after eight weeks of pregnancy, which passed the state legislature on May 17.

In a statement about the event shared with Elite Daily, NARAL says that the groups will host actions in all 50 U.S. states, with activists gathering at state capitols, courthouses, and other public spaces. The statement said in part,

This day of action comes at a critical juncture in the fight for reproductive freedom and justice, as anti-choice politicians push laws infringing on personal decisions that should be left to women and their doctors, compounded by Donald Trump’s stacking of the Supreme Court and federal judiciary with justices who are hostile to Roe v. Wade.

You can get more information on the protests here.

If interested, you can also help support the legal challenges by making a donation to groups like the ACLU and Planned Parenthood. Here's how you can lend a hand.

With backlash like this, who knows when or if the ban will go into effect. We'll see.

More like this
These Tweets & Memes About Matt Gaetz's Venmo All Make The Same Joke
By Cianna Garrison
The More Contagious B-117 COVID Variant Is Now The Most Common Strain In The U.S.
By Rhyma Castillo
Here's How To Use TikTok's Shapeshifting Effect & Transform Into Your Celebrity Twin
By Lara Walsh
Stay up to date