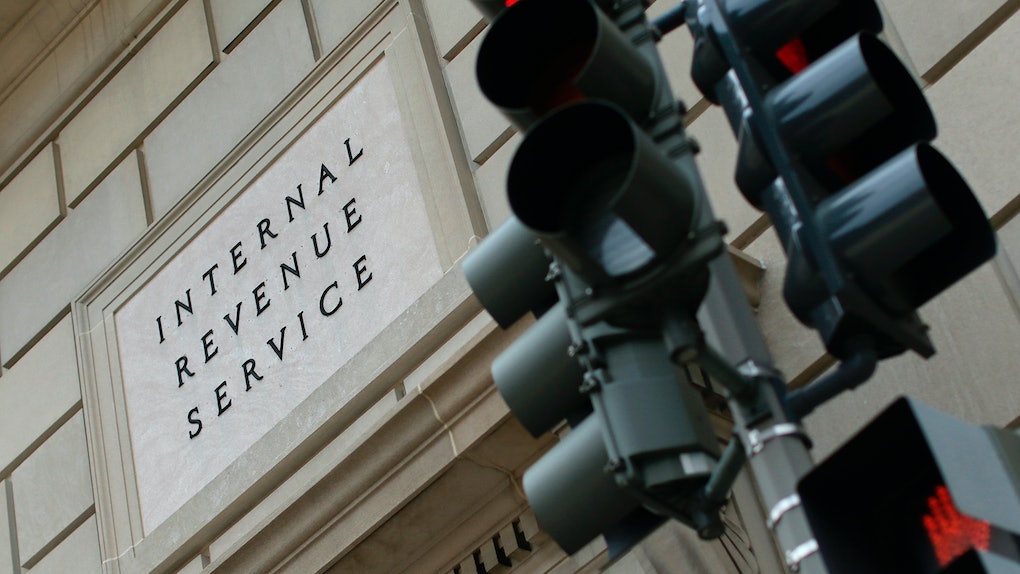 When Are 2018 Taxes Due? The Deadline Is A Couple Days Later Than Usual

When it comes to filing taxes, there exists two types of people: those who can't wait to file and get a refund as soon as possible, and those who dread doing all the paperwork required to complete a tax return. For those who fall in the latter category, and are determined to wait until the last minute, their timing this year is likely based on one question. When exactly are 2018 taxes due?

Fortunately for the procrastinators among us, the deadline is a couple days later than usual. Shortly after the new year, the Internal Revenue Service (IRS) announced that the deadline to file returns for 2018 is April 17, giving taxpayers two days more than the usual April 15 deadline.

The extended deadline is down to two simple factors: the weekend and American history.

April 15 is a Sunday and April 16, that Monday, is Emancipation Day, a legal holiday in Washington D.C. that celebrates former President Abraham Lincoln signing a bill to end slavery in the nation's capital (which happened April 16, 1862, for all the history buffs).

Despite Lincoln being six months away from signing the Emancipation Proclamation at the time, the former president sought to end slavery in his own backyard.

"I have never doubted the constitutional authority of Congress to abolish slavery in this district," Lincoln said in a statement, per government records, "and I have ever desired to see the National Capital freed from the institution in some satisfactory way."

That "satisfactory way" involved declaring slaves free while compensating slave owners, thus ending slavery in D.C. and — albeit to a much lesser degree of significance — paving the way for a holiday important enough to push back the nation's tax deadline every so often.

Because Emancipation Day in Washington D.C. is celebrated on whichever weekday falls closest to April 16, the holiday can push the tax deadline back to either the Monday or Tuesday following April 15, instead of April 15 itself.

For example, if April 15 falls on a Friday — making it the closest weekday to April 16 and, thus, Emancipation Day — then Tax Day will fall on the following Monday, as was the case in 2016.

If April 15 falls on a Saturday or Sunday — which makes the following Monday Emancipation Day — then the following Tuesday becomes Tax Day, as is the case for 2018.

What The Extended Deadline Means For Taxpayers

The two extra days to file is not only good news for those who file their return near the deadline, it's also good for people who filed their taxes early and owe the government money.

Here's one scenario in which the extra days can be beneficial:

Let's suppose you filed a tax return in February, and the return determined that the federal government owed you a $2,000 tax refund, but that you owed your state's government $300.

You could very well opt to receive your $2,000 tax refund as soon as possible — via direct deposit, even — and still wait weeks to pay the state government the $300 you owe, all the way up until the April 17 deadline.

Besides that scenario, a later deadline means more days to avoid a penalty for not paying the government any taxes owed. If a taxpayer pays beyond the deadline on any given year, the government is liable to levy a fine. That fine can amount to 5 percent of taxes owed for every month a person is late, according to IRS rules.

In other words, you have extra days this year, again. Use them to your advantage and definitely avoid that penalty.

More like this
What Is Boo Bash At Disney World? The Halloween Event Has Rides, Music, & Themed Treats
By Cianna Garrison
These Cinco De Mayo 2021 Deals Include Free Tacos, $1 Slurpees, & $5 Margs
By Daffany Chan
What Does Starbucks' Strawberry Funnel Cake Frappuccino Taste Like? It's A Summery Sip
By Cianna Garrison
Stay up to date