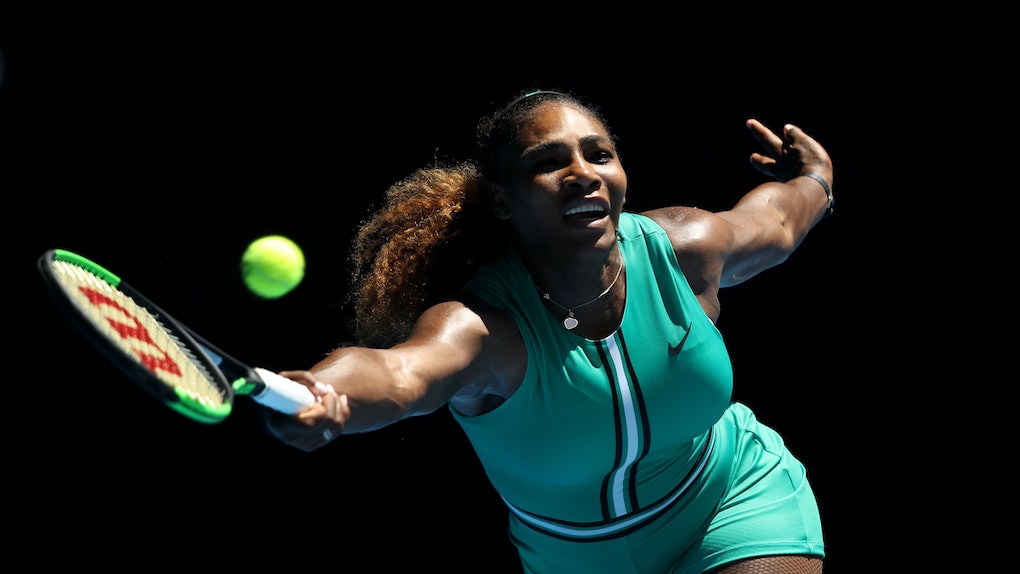 If you're feeling pretty meh about the Patriots being back at the Super Bowl again and Maroon 5 scoring the halftime gig, join the club. If there's one bright spot, though, it's the fact that Bumble's first-ever Super Bowl ad is dropping some time during the first half of the game. And trust me when I tell you that you won't want to miss it. The social networking app tapped its new Global Advisor — tennis star Serena Williams — to star in the spot, which details the rise of Williams as an athlete, a role model, and a mom. It's also set to some pretty powerful lyrics. So, what's the song in Bumble's 2019 Super Bowl ad? It's Rita Ora’s anthem "Soul Survivor," which was released in 2018 on her last studio album Phoenix.

I won't try and convince you that a few seconds of Williams and Ora is the same thing as say, Lady Gaga performing the Super Bowl LIII halftime show with a surprise special guest appearance by Bradley Cooper in full Jackson Maine mode, because it's not. But it is something to look forward to besides the awesome snacks. And the campaign's message about women making the first move not just in their relationships but also in life is a really, really good one.

"Writing this song was an emotional, but also freeing experience, and I’m so happy its message of empowerment is resonating with others," Ora explained in a statement. "I always hope that my music will inspire, but I am particularly proud of this song and how it has encouraged women to speak their own truth and to carve their own path."

Which is exactly what both Williams and Ora have done in their own lives and careers. While discussing the meaning behind "Soul Survivor" with Elite Daily back in Dec. 2017, Ora had this to say:

It's all based on what people stopped me from doing a few years ago to where I am now, and it's almost like a rebirth of the new Rita. It's a nice final goodbye to everything and everyone who didn't believe in me from the start.

She is really such a bad*ss warrior QUEEN!

I mean, just check out some of these lyrics:

It's been seven long years fighting for your attention

Manipulated by fear and misdirection.

Wrapped in your ugly chains, swore you'd rise me to heaven

Brought me nothing but pain, was that your intention?

Damn frustrating that you think I could never make it

Look who's standing right in front of you.

Did you think you would see me ruin?

After all the sh*t that I've been through.

I'm a soul survivor, I made it through the fire.

I started with nothing, I've got nothing to lose.

All of which just makes me want to see this Bumble ad, like, yesterday. In the meantime, I'll just be over here watching this behind-the-scenes video —  which features both Ora's song and Williams' amazing women-first message — on repeat.

More like this
Are BTS & Coldplay Collaborating On A Song? Here's Why Fans Think It's Happening
By Michele Mendez
BTS' 'The Best' Japanese Album: Release Date, Tracklist, Music Videos, & More Details
By Michele Mendez
With 'Like Water,' Wendy Found Her Biggest Cheerleaders In Her Red Velvet Bandmates
By Michele Mendez
Stay up to date