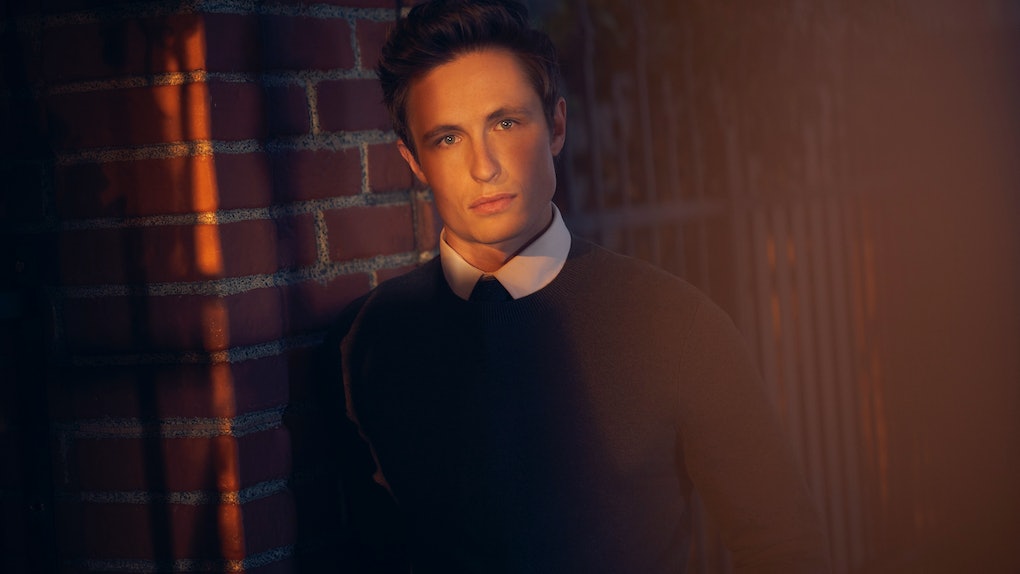 This post contains spoilers for Pretty Little Liars: The Perfectionists. At this rate, viewers have a pretty clear idea of who they can trust on The Perfectionists, but another character just joined the kids' hit list. After going along with a secret relationship for Caitlin's sake, Jeremy may not be as devout and solid as he once seemed. The Brit may have a big secret about his job with the Hotchkisses' company, so what's Jeremy hiding?

Knowing that Nolan (Chris Mason) was blackmailing Caitlin (Sydney Park) into feigning a relationship with him, Jeremy (Graeme Thomas King) willingly put up with nearly a year of car dates and discreet meetings with Caitlin. Even after Nolan was murdered, the two initially kept their relationship in the dark. But when Caitlin ran into Jeremy at the Hotchkiss home, they saw the encounter as an opportunity to appear in public together. Earlier this season, the two met for coffee, pretending that the run-in was a coincidence after seeing each other at Claire's (Kelly Rutherford) manor.

In May 8's "Hook, Line and Booker," Caitlin and Jeremy were taking steps toward people knowing they were friends. With Dylan (Eli Brown) reeling from submitting a professional cello recording as his own, Ava (Sofia Carson) offered to use Caitlin's "new friend" Jeremy's computer to delete the file from his professor's email. The computer wasn't traceable back to Beacon Heights University, allowing the group to hack into the professor's portal without getting caught.

Ava managed to retrieve Dylan's upload, but she also noticed that Jeremy had several heavily encrypted files on his computer. This was unusual for a personal laptop, and he couldn't have used it for Hotchkiss work at home because the files lacked the company's specific encryption. The mystery left Caitlin wondering about what Jeremy actually did for Hotchkiss Technologies.

Later on, Jeremy told her that he taught Hotchkiss employees how to use a kind of software, but she wasn't quite buying it. Her suspicion grew when Jeremy claimed he didn't use his personal computer much and then asked if she had messed with the laptop. As Caitlin danced around the truth, Jeremy ominously told her he loved her before leaving for work.

Caitlin secretly followed him, eventually reaching the lake. There, Jeremy drilled through his computer and tossed it into the water. When he suddenly vanished, Caitlin crept toward his car to look inside, but Jeremy popped up behind her. "You shouldn't have followed me," he said. "Get in the car."

The episode ended on this cliffhanger, leaving fans with the question of whether Caitlin trusts Jeremy and gets in the car with him. Will his truth introduce a new mystery or shed some light on the Hotchkisses' unknown enemy? With only two episodes left in the season, viewers are definitely due to receive answers. Past episodes have implied that Caitlin can't trust Claire Hotchkiss as much as she thought, and perhaps Jeremy's connection to Claire will explain more about why this is.

Season 1 of Pretty Little Liar: The Perfectionists continues on Wednesday, May 15, at 8 p.m. ET on Freeform.

More like this
What’s Coming To Disney+ In May 2021? 'Cruella,' 'HSMTMTS' Season 2, & More
By Ani Bundel
Will ‘The Falcon And The Winter Soldier’ Get A Season 2? This Could Be A Hint
By Ani Bundel
These Movies & TV Shows Starring 'Shadow And Bone' Actors Are Far From Ravka
By Ani Bundel
Stay up to date