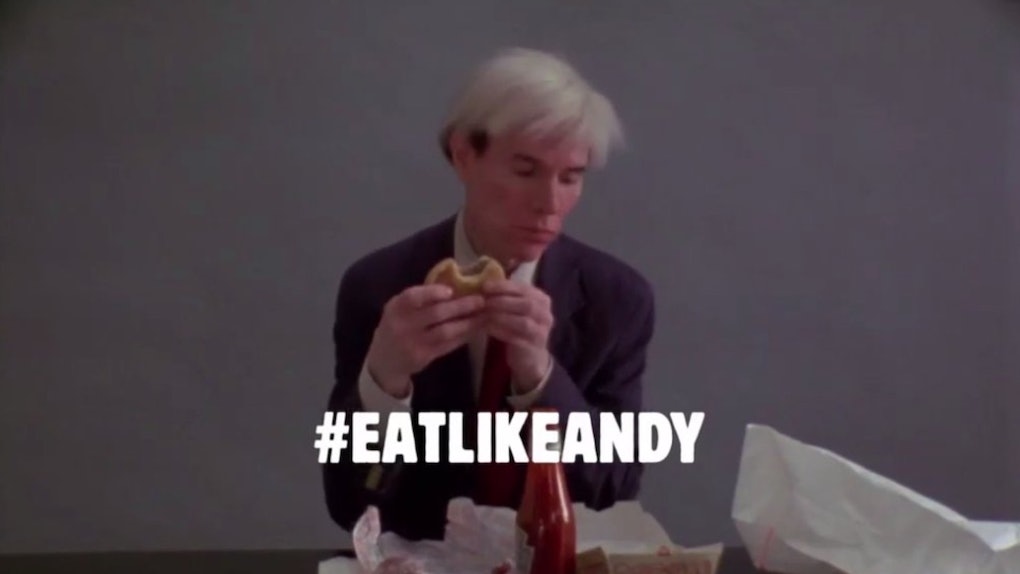 What's In Burger King's Super Bowl Mystery Box? It Ties Into Their Commercial

When it comes to the Super Bowl, I'm not really into the football. You know what I am into, though? THE FOOD. Whether it's wings, nachos, pigs in a blanket, or all of the above, I'm here for it. Of course, these snacks are the typical staples of any proper Super Bowl spread, but for this year's game, Burger King has its own special offer. Perhaps you heard a rumor about some "mystery box" that the fast food chain was planning to roll out for the big game, but what exactly is in Burger King's Super Bowl Mystery Box? Well, Super Bowl LIII is finally here, and the contents of the box have officially been revealed.

Now, if you already ordered Burger King's Super Bowl Mystery Box ages ago — or, you know, like a week ago, when the product was first announced — and it's been sitting pretty on your kitchen table for a few days at this point, you're probably like, "Psh, I already know what's inside the box, so thank you, next."

But even if that is the case, my guess is that you likely had no idea what to actually do with the contents of the box until today, when Burger King's anticipated Super Bowl commercial finally aired during the big game.

After all, as per a Burger King press release emailed to Elite Daily in January, the only details about the mystery box that anybody knew prior to the day of Super Bowl LIII were 1) how to order it, and 2) that you'd need to have it handy during the big game to fully understand its contents. According to the press release, to order Burger King's Super Bowl Mystery Box, all you had to do was download the DoorDash app, place a Burger King order of $10 or more, use the promo code "MYSTERYBOX," and then wait for your package to arrive at your doorstep. But everyone was left in the dark as to what exactly they should do with the box — that is, until Burger King's Super Bowl commercial hit the airwaves.

This limited-edition Mystery Box creates a unique, engaging and innovative experience, and we are excited to launch it nationwide for our customers.

So, without further ado, here's what you'll find in Burger King's Super Bowl Mystery Box, as per a blog post from the podcast 3 Beers and a Mic: a wig, an empty ketchup bottle, an old school paper Burger King bag, and a card with a DoorDash promo code for a free Whopper (and free delivery).

According to the blog post, the mystery box also includes a note from the fast food chain, which reads:

You're probably wondering, "what did I get here?". A wig, an empty bottle of ketchup, a vintage BURGER KING® Bag, and a DoorDash® promo code to get a free WHOPPER® (with free delivery as well).

It might not make sense now, but it's all you'll need to be part of the Big Game.

You might also be tempted to order that delicious free WHOPPER® now. Don't do it. It'll be worth it to wait and order on Game Day.

Because during the Big Game you'll see a cool BURGER KING® ad (well...at least we think is cool), and then everything will click. You'll know exactly what to do with everything that's inside the box, and you'll have your own 15 minutes of fame, or should we say, flame.

Trust us on this one. You already watched our teaser and ordered this Mystery Box through Doordash anyway.

So here's how the Burger King ad connects to the accompanying mystery box: The 45-second Super Bowl ad featured Andy Warhol enjoying a BK burger, which, on its own, actually has a bit of a backstory. The clip was originally shot in 1982 by Swedish director Jorgen Leth, and was part of the film 66 Scenes from America, which features scenes that represent American reality. In the clip, the late photographer unwraps and opens a Burger King Whopper, and before he takes a bite, he struggles to get some ketchup out of a glass bottle.

As you can see, Burger King's Super Bowl Mystery Box contains just about everything you need to channel your own Andy Warhol vibes during the big game and recreate that ~movie magic~ moment: an Andy Warhol-style wig, an empty ketchup bottle, and a BK card to help you redeem a big juicy Whopper. TBH, I'm feeling a little salty that I didn't order a mystery box for myself ahead of the big game.

More like this
Angry Orchard's Peach Mango & Strawberry Hard Cider Flavors Are Twists On A Classic
By Daffany Chan
The 'Space Jam: A New Legacy' Trailer Will Bring Back All Your Childhood Memories
By Cianna Garrison
Starbucks' Earth Month Game Prizes Include Free Drinks For A Year & An Electric Bike
By Daffany Chan
Stay up to date