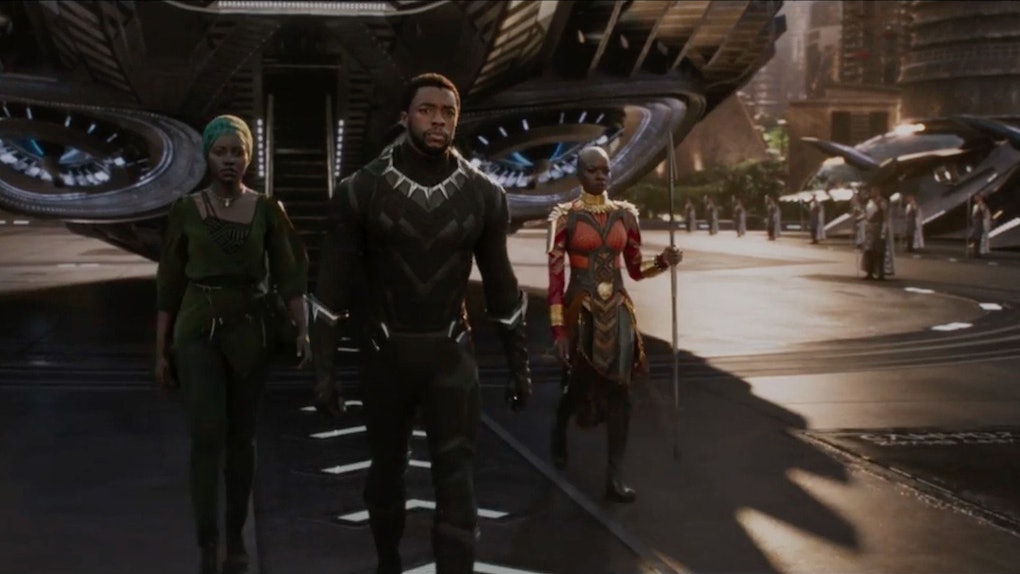 What's Coming To Netflix In September 2018? It'll Be An All-Month Marathon

Get prepared to put away that unicorn pool float — summer's officially nearing its end. That means back to school, back to cozy sweaters, and back to pumpkin scents infiltrating every possible product. September is a time for fresh starts, including a new batch of exciting titles hitting a certain streaming service. What's coming to Netflix in September 2018? Your autumn is about to be full-up on movies and TV because this upcoming entertainment roster does not disappoint.

First thing's first: Black Panther is arriving on Netflix come Sept. 4. That means very soon, subscribers can watch one of 2018's biggest and most critically-beloved movies anytime they want.

As far as original programming goes, there's a ton. True crime mock-umentary American Vandal returns for a second season on Sept. 14 (yay!) and this time the series' central "mystery" is even more ridiculous.

Check out the full list of new Netflix titles below:

The Hitchhiker’s Guide to the Galaxy

The Texas Chainsaw Massacre: The Beginning

Once Upon a Time Season 7

The Most Assassinated Woman in the World (Netflix Film)

On My Skin (Netflix Film)

The World’s Most Extraordinary Homes, Season 2 Part A (Netflix Original)

Inside The Freemasons, Season 1

Scott Pilgrim vs. the World

Nappily Ever After (Netflix Film)

Disney’s A Wrinkle in Time

Disney’s Pirates of the Caribbean: The Curse of the Black Pearl

Lessons From A School Shooting: Notes from Dunblane (Netflix Original)

Made in Mexico (Netflix Original)