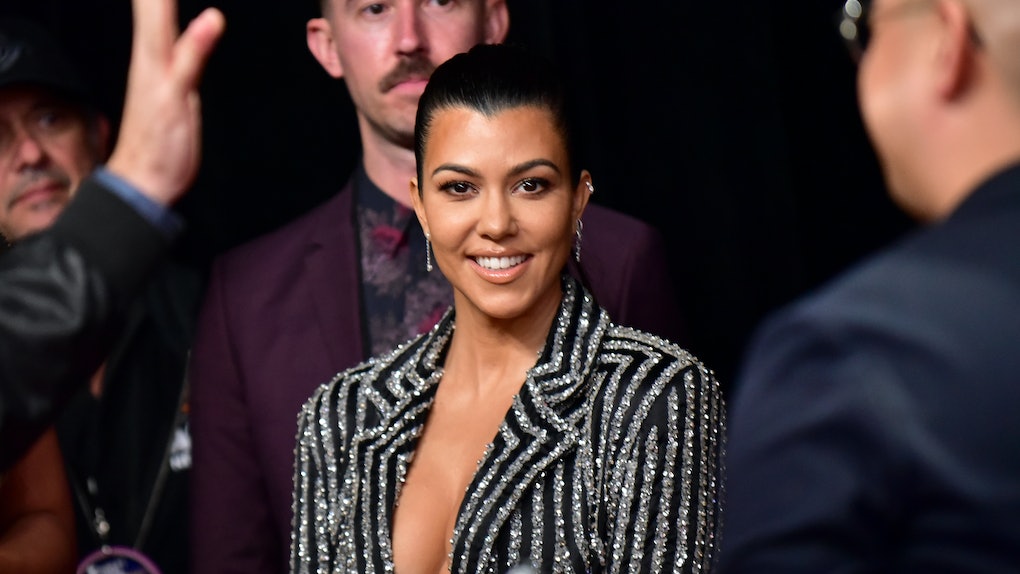 What Will Kourtney Kardashian Do After She Leaves ‘KUWTK’? Here's The Deal

Kourtney Kardashian has been longing for some personal freedom for years. Having experienced her fair share of ups and downs while filming Keeping Up With The Kardashians alongside her family for nearly 15 years, she's recently been the one most outspoken about someday walking away from the reality show. Now that she's officially taking that step away, fans have been left wondering: What will Kourtney Kardashian do after she leaves KUWTK? Well, it seems like she's still going to have a full schedule.

For more than a decade, Kourtney's life was front and center on the hit E! show, but in recent years, she's been vocal about not having enough time to film. Her frustrations played out on Season 18 of KUWTK, and led to Kourtney's official step back from filming.

In July 2020, Kourtney got real about her decision to stop filming the show. She told Vogue Arabia:

“I have been filming the show non-stop for 14 years,” she said. “I was feeling unfulfilled and it became a toxic environment for me to continue to have it occupy as much of my life as it was. Privacy is something I have come to value and finding that balance of private moments with being on a reality show is hard. People have this misconception that I don’t want to work, which isn’t true. I am following my happiness and putting my energy into that which makes me happy.”

So now that Kourt won't be glamming up for the cameras on the daily, what will she be doing? Her schedule is going to stay pretty busy. She is, after all, the mom of three children: Mason, Penelope, and Reign.

Kourtney is looking forward to focusing on her kids even more now that she'll have extra time. “I feel like I’ve finally gotten to the place where I can balance being a mom and working,” she told Jason Kennedy in March. “I’ve always done both, obviously, but it used to be where I would work a lot more. And so I’ve really shifted my focus.”

Not to mention, Kourt's lifestyle website, Poosh, is still going strong, and she's likely to keep her hands full with that. It's all about finding balance and inner peace for Kourtney as she embarks on this next chapter in her life.

“It is in our darker moments that the growth happens," Kourtney tweeted in March, reflecting on filming the last season of KUWTK. "I finally had the courage to change what was no longer bringing me happiness and putting my time and energy into that which is. Choose happiness!”

To be clear, Kardashian will still appear on KUWTK in the future, just not as a full-time cast member like she did in the past. So while Kourtney won't be getting as much screen time in the upcoming seasons, it's safe to say she's happy with her decision to pursue passion projects and focus on her No. 1 priority: being a mom.