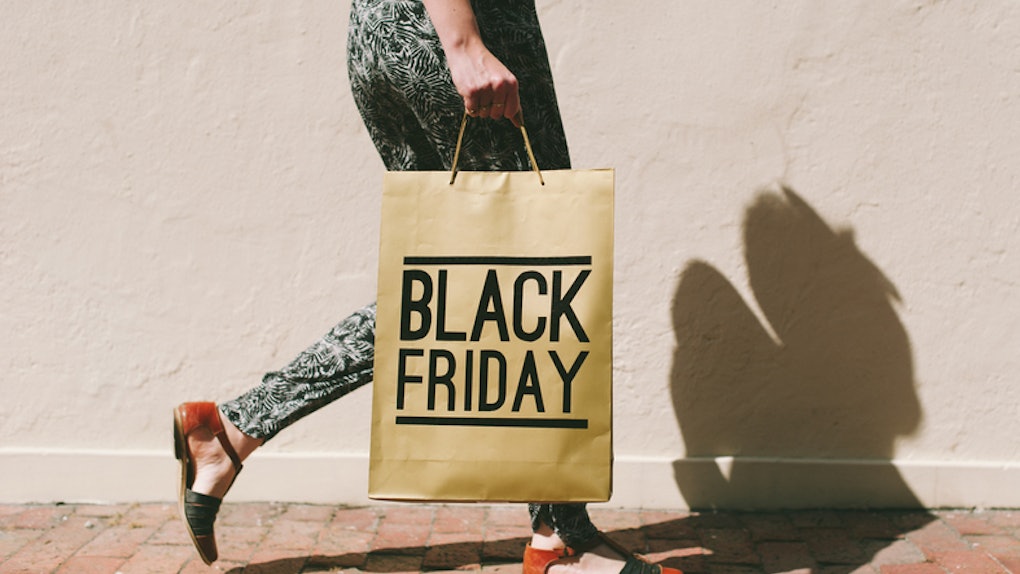 What Time Does Black Friday 2017 Start? Set Your Alarms Because It's Early AF

Black Friday is a holiday all shopaholics celebrate annually, but there's a lot of confusion about when the sacred shopping day officially starts. Does is start the second you finish your Thanksgiving dinner on Thursday night? Or does it start when you wake up bright and early the next morning? To be honest, I've never known. I've always been too scared (and full of food) to participate in Black Friday, and usually opt for sitting on my couch watching Christmas movies instead. However, if you're someone with big shopping plans wondering what time Black Friday 2017 starts, we can figure it out together.

To be honest, there are a few ways to answer this question — but first, let's go the literal route. Black Friday 2017 lands on Friday, Nov. 24. Therefore, the holiday officially begins at midnight on the 24th (because, technically, that's when the day begins). I told you this was the literal answer; I'm just stating the obvious.

While we're being frank, I'll remind you that Black Friday always lands on the Friday after Thanksgiving. Black Friday 2017 is no different, and ultimately begins at midnight on the Friday following Turkey Day. Usually, I'm fast asleep by the time this happens, and I admire everyone who's already waiting in line at their favorite department stores.

OK, now that you know what time Black Friday literally begins, we'll talk about a few Black Friday sales that start before the clock strikes midnight.

More than 40 national retailers will open for Black Friday shoppers a day early, according to BestBlackFriday.com. However, keep in mind their hours vary, and that some stores aren't open late on Thanksgiving. Others, on the other hand, are open past midnight and well into Black Friday.

Based off this information, you can definitely say that Black Friday starts a little earlier than Friday, Nov. 24. I suppose it just depends on where you decide to shop and whether or not you want to start your Black Friday escapades on Thanksgiving.

To be completely honest, Black Friday shopping is probably so much easier to do online — so I'm all for Amazon's tactic. If you agree, you can always extend your Black Friday celebrations to Cyber Monday, which falls on the Monday after Thanksgiving. Cyber Monday will bring loads of online sales, so keep on eye on your computer screen while you're eating leftover turkey sandwiches.