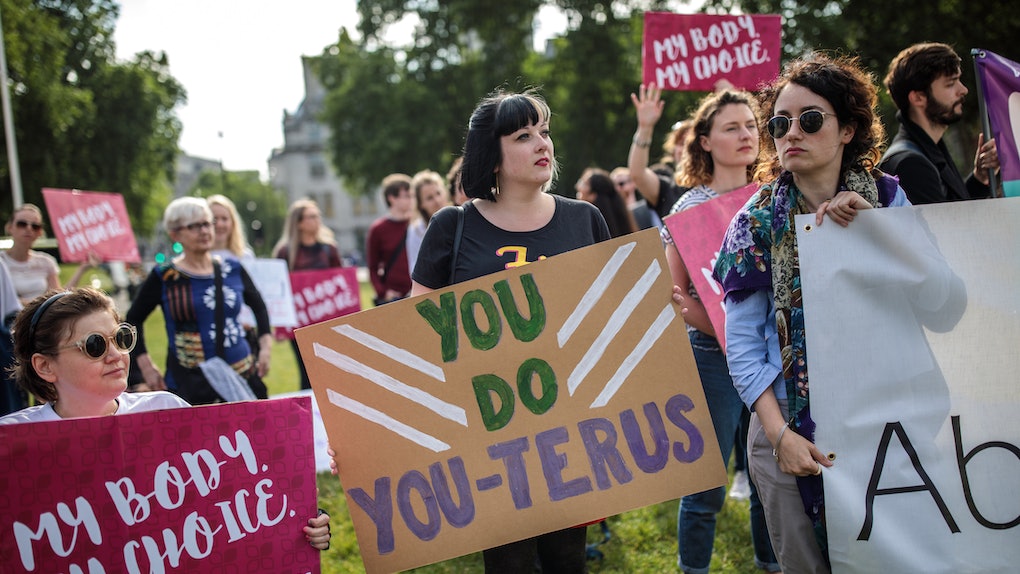 What States' Laws Protect Abortion? These 10 States Support The Right

It's a scary time for Americans with a uterus. As legislators in states like Alabama, Georgia, and Missouri continue to crank out some of the country's most restrictive abortion laws, there are concerns over what may eventually happen to Roe v. Wade, the 1973 Supreme Court decision establishing the right to an abortion. It's a good thing some states have laws in place that protect abortion rights. These 10 states' laws protect abortion, in case worse comes to worse.

It's an important topic, considering all that's been happening in the world. As of late, several Republican-controlled states have passed laws that effectively ban abortion. On May 15, for example, Alabama passed a law that bans abortion in almost all instances, with the only exception being if there's a threat to the health of the mother. Georgia passed a law on May 7 that bans abortion after a fetal heartbeat is detected, which is around six weeks of pregnancy — before many people even know they are pregnant. Missouri, Kentucky, Ohio, Mississippi and a slew of other states have also pushed anti-abortion legislation.

The laws will likely face legal challenges that could prompt the Supreme Court to reconsider Roe. If the decision is overturned by the newly conservative-leaning court, the legality of abortion would be left up to states. While many states have "trigger laws" in place that would immediately ban abortion, others have laws in place that protect the right to abortion.

Besides those 10, more states are looking to enshrine the right to an abortion in their laws. "[A]bout nine states are considering some type of legislation that would strengthen abortion rights," The New York Times reported on May 15. In early January, New York passed a law that removed abortion from the state's criminal code and allowed abortions later in pregnancy if there's a risk to the health of the mother. Legislators in other states, like Nevada and New Mexico, have been trying to protect reproductive rights by repealing pre-Roe prohibitions on abortions which would go into effect if the decision is overturned, per the Times.

Anti-abortion laws at the state level have been increasingly popping up since President Donald Trump appointed conservative judge Brett Kavanaugh to the Supreme Court following Justice Anthony Kennedy's resignation. (The centrist Kennedy was a famous swing vote throughout his time on the bench.) The president has repeatedly said he would appoint justices who would work to overturn Roe, and since taking office in 2017 has appointed two conservative justices, Kavanaugh and Neil Gorsuch, shifting the court's makeup to the right. Now that the highest court has a conservative majority, it appears that states are taking advantage.

Things may look bleak, but it's not over yet. In the meantime, if you're worried about your rights, you can always take action to help with a donation or other activism. Remember: anything helps.