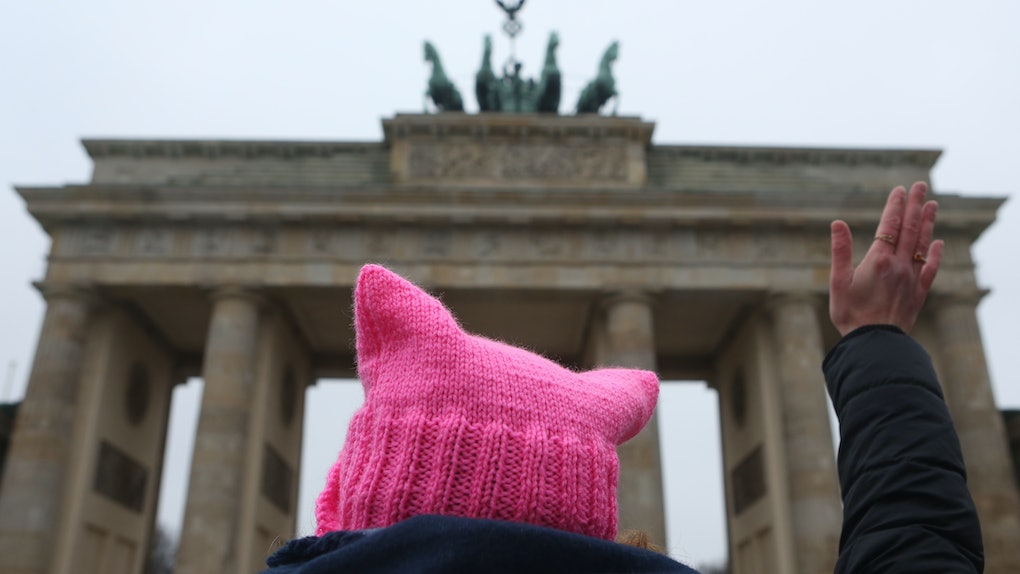 How To Donate To Support Reproductive Rights, Because You Can't Count On SCOTUS

When Supreme Court Justice Anthony Kennedy announced that he would be resigning from his seat, reproductive rights groups everywhere were worried about what this meant for the future of women's health care. Kennedy stepping down means that Donald Trump will have his next pick of a Supreme Court justice, and that could mean bad news for many women. So, for those wanting to know how to donate to support reproductive right's, here's how to get involved.

Justice Anthony Kennedy became known as a figure who didn't yield to any specific ideologies. Although nominated by the Republican Party, Kennedy served as a swing vote for historic cases including Obergefell v. Hodges in 2015 — which legalized same-sex marriage as well as Roe v. Wade, the case that affirmed the legality of women's right to have an abortion. Clearly, Kennedy's vote was key in ensuring that women were able to make decisions over there bodies. So, now that a seat is open on the Supreme Court, and could potentially be filled by another judge who wants to repeal Roe v. Wade, it's up to the nation to make sure reproductive rights organizations get helpful and successful assistance.

First up, Planned Parenthood. It's no secret that Trump has been fighting to defund the family planning nonprofit for months, so clearly there's no better time to donate than now. However, Planned Parenthood isn't the only organization that could benefit from a dollar or two. Try donating to these groups such as the Center for Reproductive Rights, NARAL Pro-Choice America, National Abortion Federation, and many other incredible groups.

Of course, not everyone has the money to donate, even if they wish they could. Never fear, there's plenty of other ways you can help support women's reproductive rights without spending a dime. How, might you ask? Reproductive rights organizations are always looking for volunteers to help out with their mission, but you can also do your part by protesting the fight to end reproductive rights.

Since Kennedy announced that he would be resigning effective July 31, a number of head figures in reproductive rights groups have spoken about the severity of this decision. Ilyse Hogue, president of NARAL Pro-Choice America, expressed her dismay at Kennedy's resignation to Elite Daily via email.

Today, Justice Kennedy announced his retirement, and because President Trump will nominate the next Supreme Court Justice, a woman’s constitutional right to access legal abortion is in dire, immediate danger—along with the fundamental rights of all Americans. We also know that for decades, a multi-million-dollar, extreme, anti-choice movement has quietly and aggressively chipped away at that right in state legislatures, in lower courts, and now from within the Trump administration. Their stated goal, clearly and loudly, is overturning Roe v. Wade. Our country faces a moment of deep crisis—a crisis of rights, of values, and of leadership. The deeply-divided decisions from the Supreme Court this week are a clear warning that our most cherished values are in jeopardy, and now hang in the balance. Women will not go back to the days when abortion was illegal in this country.

Sadly, Hogue isn't the only one who feels this way. Stephanie Schriock, president of political organization EMILY's List which works to get pro-choice women into office, said in a statement shared with Elite Daily that Kennedy's resignation is "terrifying" for the future of women's rights, especially since Trump has his pick of the next Supreme Court judge.

The ramifications of this announcement are enormous and terrifying. Republicans will use this opportunity to nominate and confirm yet another anti-choice justice to the Supreme Court — a single individual with the power to repeal Roe v. Wade; endangering the lives of tens of millions of American women in the process, jeopardizing our health care, and undermining our rights. We will not stop fighting to elect pro-choice Democratic women to the Senate who will defend women's access to safe, legal abortion and other forms of critical reproductive health care and fight for the rights of all Americans. The stakes could not be higher.

This year is truly a scary and suspenseful time for women. Our rights over our bodies have never been in more jeopardy than now, and that's why we must step up and help whichever way we can. Whether it's donating, volunteering, or staying informed on the issue, anything helps.