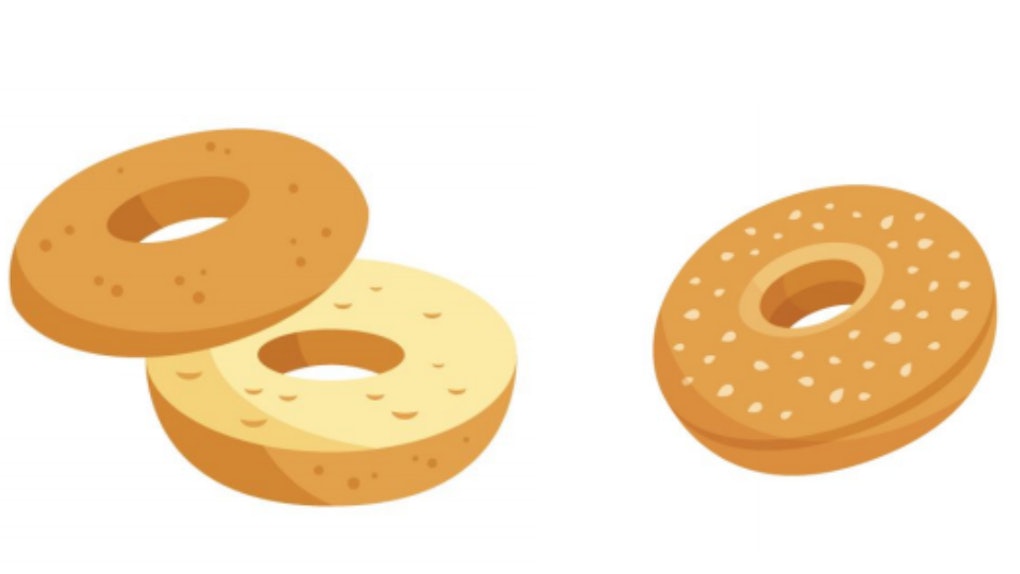 It's safe to say that after a relatively rough year, most people are looking forward to the salvation that will (ideally) roll in with 2018. Aside from questioning every decision you made this year — mulling over personal goals and speculating what will become of the insanity that is currently taking over our planet — you really just might be really just be wondering: What new emojis are coming in 2018? A bagel might be on the list, so that's honestly something to look forward to while ringing in the fabulous new year we're all hoping for.

Unicode, the organization responsible for Apple's highly regarded emoji keyboard, just released a draft list of all potential 2018 emojis. Upon scrolling towards everyone's favorite section (which is obviously food), I was, quite frankly, overjoyed to discover the ever-elusive bagel emoji. Everyone has been using that darn doughnut emoji in place of a bagel for way too long.

The bagel emoji draft proposal was created this past summer in July, which has just officially pushed it into the running for 2018's list of potential emojis. The draft proposal really does justice to properly justify my feelings about the bagel emoji's significance. It says:

The bagel is a globally recognized comfort food and snack, with a multicultural backstory. It would not be bending the truth to say the bagel is a pop culture icon. We are offering two versions of a BAGEL emoji; one that emphasizes the slicing, which makes it more visually distinct from DONUT, and another that maintains its ring shape, which makes it a more general use case for other cultures.

Thankfully, the emoji will come in two form of sliced and whole (that is, if it makes the cut). Not only is this because it differentiates the design from A doughnut, but it also has cultural significance. The draft proposal goes on, saying, that the sliced bagel is, "unmistakably American," as other cultures don't often use bagels in sandwiches. The sliced bagel, however, could also represent bagels and lox, which are a classic around the world, from Asia to South America.

So basically, the entire world is counting on Unicode for this bagel emoji to finally enter our lives. We're also secretly hoping the bagel emoji will come with options for cream cheese, butter, or even peanut butter, but that's honestly probably not in the cards right now... maybe that'll just have to wait until 2019.

In addition to the long-anticipated bagel emoji, Unicode answered the demands of the forever-disappointed ginger population, and has finally put redheads in the running on next year's list of potential emojis. I was truly starting to think we would never see the day.

While bagels and redheads are in the spotlight on the potential emoji list as of right now, other possible emojis include: a llama, kangaroo, table salt, white-haired folk, super heroes, villains, people with curly hair (oh my god, I've been waiting years for this), bald people, various sports, and body parts... among a few other pretty random things (i.e. an abacus?).

Unicode president Mark Davis stresses that this list of potential emojis isn't final, with possible additions and changes to come. He confirmed that it actually won't be finalized until the end of January 2018. Davis told Emojipedia, "Final decisions about the 2018 emoji list will be made at the Unicode Technical Meeting in January, with details to be published by the end of Q1 2018."

So, nothing is set in stone, but I'm really rooting for that bagel emoji to keep us trudging through the rest of 2017.