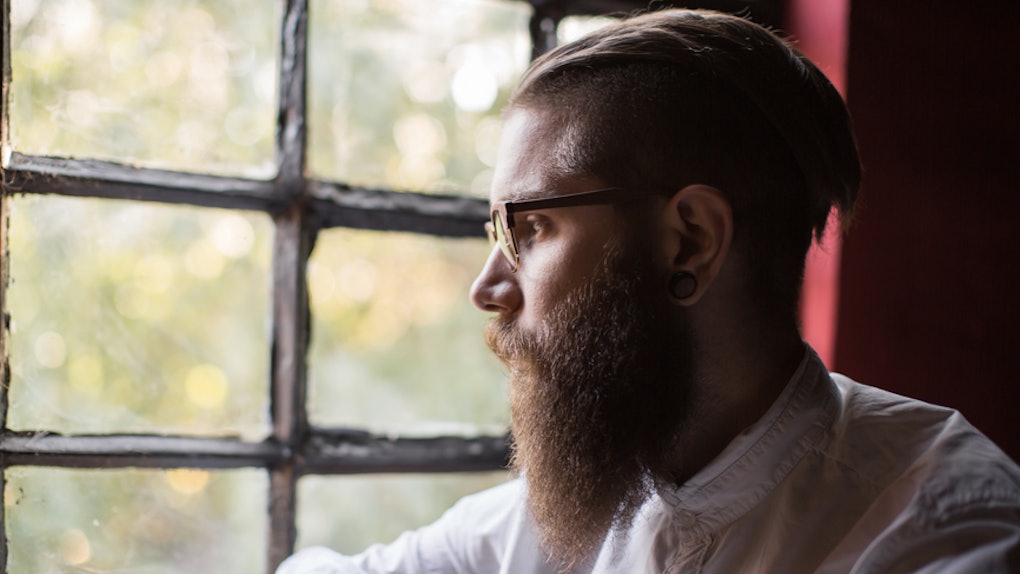 We all know breakups are painful. But sometimes, we don't even realize just how painful they are until after they've happened, and the person you love is long gone. You know what I mean. It's that feeling of deep regret that you made a mistake and lost the person you love, and it's totally you're fault. And if you're not the one with regret, then I'm sure you're the one hoping your ex is living with the regret of losing you. So... what makes a guy regret losing you exactly? Well, a recent Reddit thread asking men to explain why they regret losing women they loved may provide some insight.

Now, before we get into this, consider yourselves warned. This is going to be a real heartbreaker. These dudes get super real about how they let women they truly loved go and when they realized what a colossal mistake they made. So if you're sitting there hoping that one ex who dumped you for no reason has finally realized what a gigantic mistake they made in losing you, read all of these excerpts for hope. They might not be one of these Reddit users, but they could be feeling the exact same thing.

The next women didn't compare.

The women that came after her.

He left her for one flaw, only to realize others had many more.

so true. i had a single issue with one of my girlfriends. ONE flaw I didnt like. nowadays I probably accept 5-10 flaws as not bad. Goddamn I wish I knew how quickly the good women would get snatched up! Nobody to blame but me

He realized he couldn't do better than her.

This is the real answer !

When I was younger I always tought that "I could do better". But it's not always like that.

He knows he messed up.

The women I've dated in the years since. She was amazing, never once did I not trust her. We made an amazing team and our kids got along great. I think I knew she was awesome when we went on a road trip, 5 hours in the car felt like 5 minutes.

I f*cked up that relationship up, not a day goes by that I don't regret it.

I knew at the time, but I had a whole bunch of issues that she couldn't help me with, especially not long distance. Breaking up was the right decision at the time, I just wish I'd met her in a few years time once I've actually got my sh*t a bit more together.

Everything he prioritized over her didn't matter without her.

After she left me, I realized that all the things I prioritized above her meant nothing to me without her to share it all with. Also I realized all the effort she put into our relationship and how much she really cared for me. Also, the women that came after.

He knows she'll find someone better than him.

I f*cked up my last relationship so bad. I know Ill never get better than her again. She was perfect in every way but I got too complacent. If im honest she deserves someone better than me and will find the perfect person for her, so that makes me happy.

I still regret it so much though

The way he loved her was better than anyone else.

Ive loved every woman different but I loved her the best.

He screwed up, but he was lucky she took him back.

She was pretty, kind, funny, intelligent, tolerated my bullsh*t and adored me for some reason, but I was too stupid to realize what a good thing I had because I was still hung up on a toxic ex. Once I had thoroughly f*cked up my chances with her, angel that she was gave me a second chance, and I still screwed it up yet again. Sometimes guys are just too much of a special flavour of stupid, and for most of my 20's and early 30's, I definitely fit that bill. So glad I got my head on straight and grew the f*ck up before I met my wife, because she would have been the all time "Holy sh*t I screwed up the best thing ever" if I had f*cked that one up.

His sister brought his failure to his attention.

When my own sister asked me what was wrong with me because she saw just how much my ex-fiance loved me. Regretted it everyday.

He couldn't get her off his mind.

I couldn't stop thinking about her and couldn't get close to anyone else. So I did what my heart was telling me to do and went to her house at 4 in the morning, told her to come to door and when she opened it. I grabbed her by her face and gave her the most passionate kiss I could and told her if she could honestly tell me she didn't still love me that I would leave and that would be the end of it. She said she was waiting for me to do that got in the car and came back to my house with me. We've been back together for 3 months and I feel whole again and we're happy

He knew as soon as she left.

The moment she walked out the door I knew that was the best I was going to see.

It was the moment he got a taste of his own medicine.

When the one that I left her for left me. And I spent a while on tinder and trying to date. Then a year later I hung out with her again and it hit me like a freight train. We had so much in common, she selflessly loved me, has a one of a kind personality, and is beautiful to boot. At the time I just thought she was too extroverted for me and "wasn't my type".

It took a really long time to get over it- we're friends now and she's with a guy who appreciates and deserves her.

She was more than his lover — she was his best friend.

When I realized I didn’t lose my lover, but I really lost my best friend. It sucks when your inside jokes and moments become nothing again.

His new partner isn't the most polite.

She was caring and loving and I had just been dumped. I couldn't get over the ex and never gave her the love she deserved. I broke her heart and wandered off to continue shitting on the positivity in my life and embracing self destruction. Now she's with her childhood best friend who has turned into her life long partner, and I'm going on fifteen years with a person who I had to explain politeness versus honesty to the other night.

The jokes he made didn't get the same reactions.

When you make jokes expecting a response and it isn’t what you wanted.

While no breakup is ever easy, there are always lessons to be learned.

This article was originally published on November 1, 2017