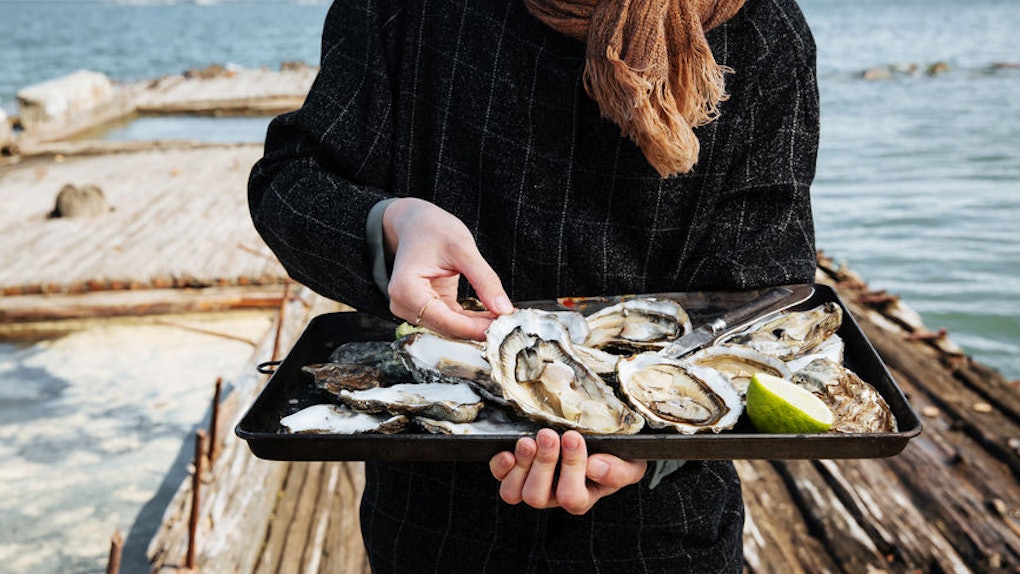 What Is Vibrio? The Deadly Bacteria Can Contaminate Seafood & Here’s What You Need To Know

Eating raw seafood of any kind always comes with some health risks, regardless of where you go to get it or what the actual dish is that you're eating. It’s easy to ignore the warning message about this that's printed on the bottom of most menus that feature raw fish, because that risk often seems unlikely to affect you personally. But Vibrio vunificus is a bacteria that can contaminate seafood, and it’s one you should take seriously, especially if you're a fan of eating raw oysters.

According to a new report from BuzzFeed News, a 71-year-old man in Florida has died after eating raw oysters that were later found out to be contaminated with the Vibrio bacteria. In addition to this, the news outlet reports, nine people in Virginia have been affected by the bacteria as well, and according to the local Virginia news outlet WVEC, one person in the state has died after coming in contact with the bacteria.

If I had to guess, this is probably the first time you've ever heard about Vibrio, but according to the Centers for Disease Control and Prevention (CDC), the bacteria really isn't that uncommon.

The CDC notes that every year, vibriosis, aka the illness that this bacteria can lead to, causes an estimated 80,000 illnesses and 100 deaths in the U.S.

So how do these bacterial infections happen? According to BuzzFeed News, oysters and other shellfish are more likely to be contaminated because they're "filter feeders, meaning they constantly strain and trap small particles from ocean water," and those particles could easily include the Vibrio bacteria. Michael Drennon, disease intervention services program manager at the Florida Department of Health in Sarasota County, told BuzzFeed News,

If you are consuming raw or undercooked shellfish you're at risk for being exposed to this. It doesn’t matter the month of the year or where it comes from — some places are at greater risk than others — but if you are eating raw oysters, there is a risk you could get exposed to this.

It's also worth noting that, according to the CDC's informational profile on Vibrio, you can contract the bacteria not just through raw seafood, but also by swimming in ocean water where the bacteria is present. If you have an open wound when coming in contact with Vibrio, the CDC explains, you could develop a skin infection.

Of course, the summer season is prime-time for things like raw oysters and beach trips, so how can you tell if you've been infected by Vibrio?

According to the CDC, the main symptom of Vibrio contamination is watery diarrhea, which is "often accompanied by abdominal cramping, nausea, vomiting, fever, and chills." The CDC says these symptoms will generally arise within the first 24 hours of eating the contaminated food, and will likely last for about three days after that. If you notice some of these symptoms, do not hesitate to seek medical attention, as "many people with V. vulnificus infections require intensive care or limb amputations, and about a quarter of people with this infection die, sometimes within a day or two of becoming ill," the CDC states.

Unfortunately, it won’t be immediately obvious which oysters are “bad,” the CDC says. According to the agency, “an oyster that contains harmful bacteria doesn’t look, smell, or even taste different from any other oyster." With that in mind, unfortunately, the only way to ensure with 100 percent certainty that your seafood isn’t carrying this bacteria is to cook it thoroughly, rather than eat it raw.

Additionally, the CDC recommends that you only eat shellfish that open up during the cooking process. If the shell does not fully open, go ahead and throw it away. And if you're making oysters at home, the health agency recommends boiling them until the shells open, then boiling for an additional five minutes after that. If you’ve shucked the oysters, on the other hand, they need to be cooked for at least three minutes, the health agency states. The CDC's vibriosis prevention tips provide more detailed cooking instructions if you feel unsure while you're preparing your dish.