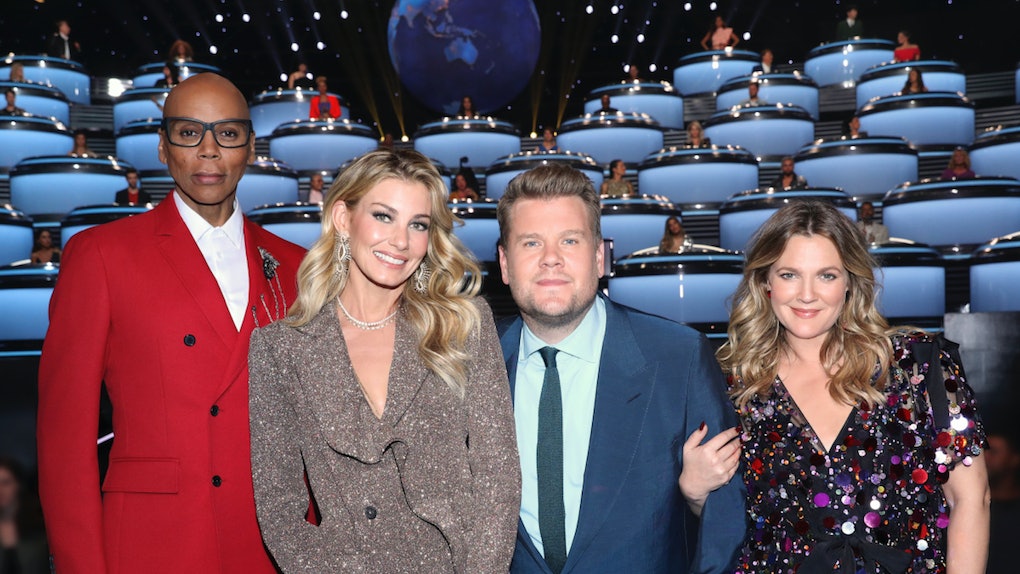 What Is 'The World's Best' On CBS? It's A Brand New Competition Show

It is no secret that the post-Super Bowl time-slot is a huge deal, and this year, CBS is using the that time to premiere a brand new reality competition series with an ambitious, international twist. Immediately following the network's live coverage of Super Bowl LIII on Sunday, Feb. 3, CBS will debut its buzzy new reality show The World's Best, hosted by James Corden and featuring RuPaul, Drew Barrymore, and Faith Hill as judges. But what is The World's Best on CBS exactly? Let's go over everything that you need to know about the new show before it premieres right after the Super Bowl ends.

After the big game between the New England Patriots and the Las Angeles Rams ends on CBS, the network will launch its highly anticipated new reality competition series The World's Best. The series is basically a massive talent show featuring various acts from all across the world. To compare it to a current reality series, the new show is most similar to America's Got Talent since competing acts are allowed to perform whatever talent they want rather than being restricted to only singing or dancing like most other popular reality competition shows.

However, The World's Best has a really major twist when it comes to how the acts are judged. As is customary on these performance-centric reality show, each act will be evaluated by three celebrity judges: RuPaul, Drew Barrymore, and Faith Hill. But in addition to those three, the contestants will also face judgement from the "Wall of the World," a daunting pantheon of 50 experts in various fields of entertainment from all over the world. Of course, winning over all 50 experts will be an incredibly difficult challenge, but the acts who wow the wall will move forward, and at the end of the season the highest scoring act will be crowned The World's Best.

The World's Best comes from the minds of two of the biggest names in reality competition television: Mark Burnett (Survivor, The Voice) and Mike Darnell (American Idol, Ellen’s Game of Games). It also adds up why CBS would opt to launch the new show after the Super Bowl given the network's past successes in premiering reality competition shows following the big game.

The World's Best will run for 10 episodes in its first season. It is traditionally tricky to pin down an exact time when the a show airing after the Super Bowl will premiere since the game typically runs long at an unpredictable rate, but CBS is aiming for The World's Best to premiere at 10 p.m. ET on Sunday, Feb. 3.