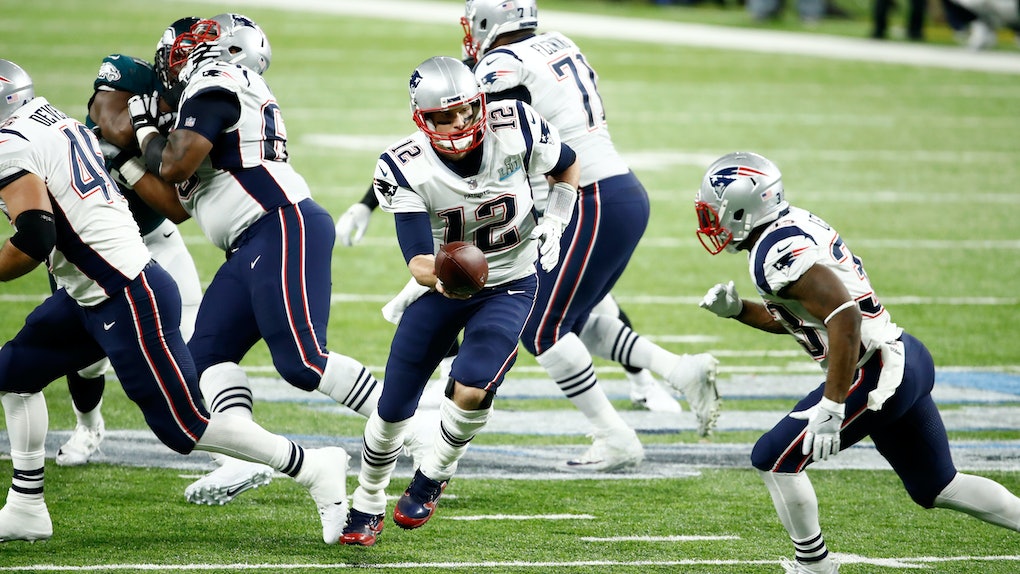 It's that time of year again, when the Super Bowl airs on Super Bowl Sunday, Feb. 3. (Funny how that works.) While the "Big Game" is supposedly the draw to bring viewers in, there is also all the hoopla surrounding the four hours spent playing a one-hour game, including the halftime show and the commercials. So, even if you're not a fan of the Rams or the Patriots, it's a spectacle worth tuning in for. If you don't have TV, here's how to stream the 2019 Super Bowl.

One side effect of being as big as football is everyone wants a piece. The National Football League divvies up the rights to the game across five different networks, three of which are broadcast channels (CBS, Fox, and NBC) and two of which are cable (ESPN and its own NFL Network). To reach the widest audience possible, the Super Bowl only airs on broadcast networks, rotating between them every year, so each gets a turn at ratings.

Last year, NBC hosted the game, helping to boost them to the No. 1 network for 2018. But most expect them to lose the crown this year to CBS, partly because CBS is hosting Super Bowl LIII on Feb. 3.

CBS' turn at the Super Bowl has the game live from Mercedes-Benz Stadium in Atlanta, Georgia, with the New England Patriots facing off against the Los Angeles Rams. This game is being billed as a rematch of Super Bowl XXXVI from 2002, back when the Rams were still the St. Louis Rams. The Patriots' win that year kicked off the Bill Belichick and Tom Brady era, so there's a whole lot of historical interest in how this game, nearly 20 years later, plays out.

The rest of the show will feature moments like R&B star Gladys Knight singing the National Anthem. Pop-rock group Maroon 5 (and guest stars Travis Scott and Big Boi) will play the halftime show. And of course, dozens and dozens of commercials will air, hoping to sell you Pepsi and Budweiser. So, how does one stream the game?

Another way to watch is if one has CBS All-Access. So, for most of the Star Trek fandom, who are subscribed this month since Discovery Season 2 is currently airing, it will also be streaming live there as well.

Even better, if you don't currently subscribe to CBS All-Access, there's a conveniently-timed free one-week promotion happening right now. You can go sign up this minute and have free access to the Super Bowl this weekend. (And maybe check out an episode of Star Trek: Discovery.)

More like this
Here's How To Stream 'Nomadland' So You Can Finally Get The Hype
By Rachel Varina
Here's Why EXO's BAEKHYUN, CHANGMO, & Raiden's "Runner" Is The Perfect T1 Theme Song – EXCLUSIVE
By Michele Mendez
Here's How To Stream BTS' 2021 'Bang Bang Con' So You Don't Miss The Concert
By Cianna Garrison
Stay up to date