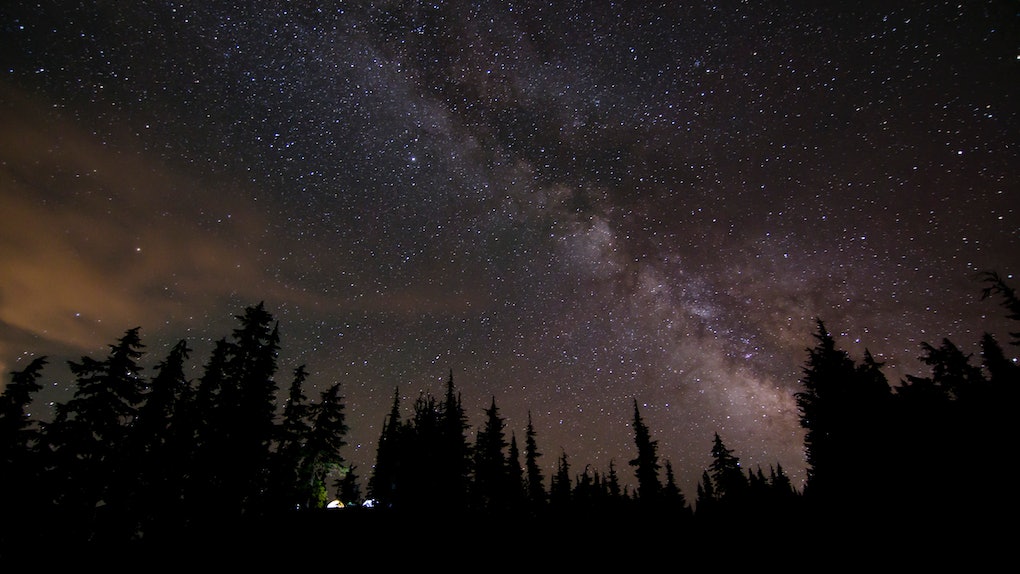 What Is The Winter Solstice? Here's What You Should Be Prepared For

Do you feel the chill in the air? Winter is certainly coming -- Thursday, Dec. 21, to be exact. The Winter Solstice will make its annual mark, so get ready. Also referred to as “yule” or “midwinter," this given date is longest night of the year. But what is the winter solstice, exactly? Here's what you should be prepared for.

Each year, there are two solstices-- one that occurs in the summer (around June 21), and another that happens in the winter (around Dec. 21st), marking the extremes of daytime and nighttime. Depending on where you are located on the globe, the solstice will mean different things. The Northern Hemisphere will have their longest night and shortest day on Dec. 21, and that date is also when the Southern Hemisphere will have their shortest night and longest day.

Solstice comes from the Latin sol ("sun") and sistere ("to stand still"). Solstices and equinoxes (when night and day are equal) have been observed for centuries.

The stars have inspired so many of us for a long time. The night sky and the sun’s movements showed us when the seasons were coming and what to expect. The moon was a calendar, and the constellations informed communities when to plant, when to harvest, and when to celebrate and come together.

Now, people are still inspired by the heavens and they look to the cosmos for guidance. Astrology is defined as the study of “supposed influences of the stars and planets on human affairs and terrestrial events by their positions and aspects." Tropical astrology is commonly used in the west, which bases its dates around the year's equinoxes and solstices. Just like we have the Roman calendar of 12 months, astrology has the Zodiac wheel of 12 signs.

The Zodiac begins at zero degrees Aries on the spring equinox, around March 21 every year. Ushering in a symbolic New Year at this time makes sense; celebrating new life and beginnings at the start of blossoming spring, rather than in the dead of winter.

Aries is a cardinal sign, along with Cancer, Libra, and Capricorn. Cardinal signs are the initiators of the zodiac; these four signs all begin their tenure on an equinox or solstice, indicating fresh beginnings and a new season. Who doesn't love to follow in the path of their zodiac sign?

What is the significance of the winter solstice? Overall, now is a time to reflect and bid farewell to this past year in preparation for new creations. When you've had a bad year, this is something to be excited about.

In astrology, nighttime represents internal focus, while daytime represents external interaction with the world. The sun rules self-expression, vitality, life-force, creativity, and ego. The moon rules our internal world, emotions, family, sensitive side, and who we are in private. As the moon is above us on the longest night of the year, center yourself and take some personal time. The sun will enter the industrious cardinal sign of Capricorn on Dec. 21, so look ahead - now is a great time to lay a new foundation for the upcoming season of your life.