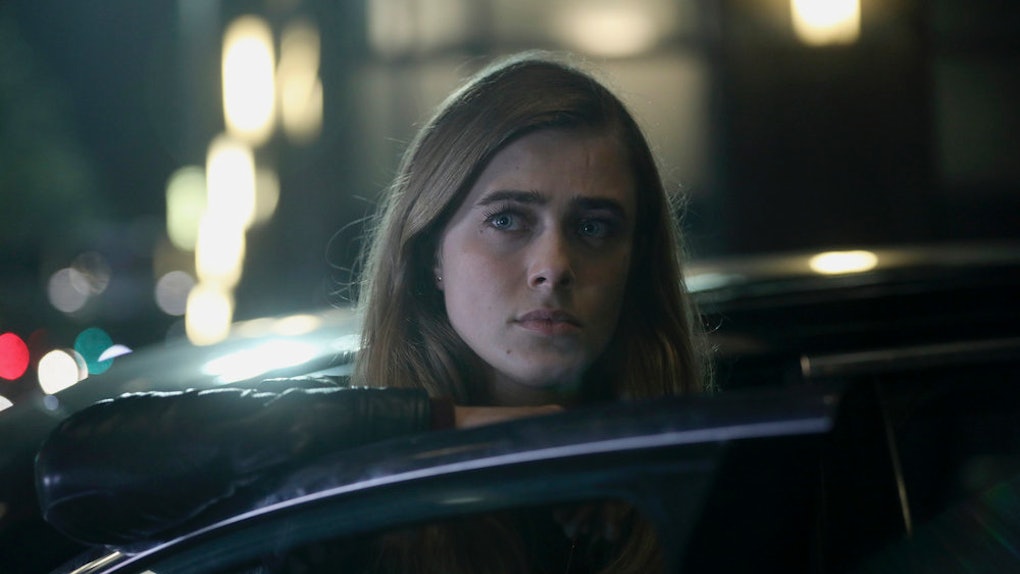 What Is The Weeping Angel On 'Manifest'? It's More Significant Than You Realize

Manifest continues to confound both characters and viewers at home. What happened to Flight 828 causing it to jump forward five years in time? What are these hallucinations experienced by a handful of the passengers aboard? So far, the experiences have been auditory hallucinations, or visual images flashing before the eyes of our characters. But this week, a new vision started... one that hardcore science fiction fans might recognize as a Weeping Angel straight out of Doctor Who. So, what is The Weeping Angel on Manifest? Warning: Spoilers for Manifest Season 1 follow.

No, Michaela and Saanvi aren't actually seeing Weeping Angels every time they blink, and no, the Doctor's TARDIS didn't wheeze into existence to explain this is all just a time-space continuum blip and hop aboard, she'll take you back to 2013 and fix it. But there is a stone angel our characters are seeing come to life, with giant wings and wet footprints. And she's got a message: "Save him."

But there's a problem with telling Michaela to save "him." Pronouns are fungible. When the angel appeared, she happened to be on a stakeout with an undercover officer inside the building, unable to communicate. Naturally, she assumes a big stone angel looking like it wandered out of the local cemetery is talking about her stakeout, and "him" was the undercover officer.

Sadly, this assumption was wrong. Michaela blows the entire operation and gets her superior (and former boyfriend) Jared in deep trouble.

It turns out the angel is trying to lead Michaela to the same "him" she already lead Saanvi to earlier: a patient on the ward who has been diagnosed as schizophrenic. His name is Thomas, and he was a stowaway on Flight 828.

Thomas is a Jamaican refugee, targeted by his government for being an openly gay activist. His boyfriend, Leo, was the son of Flight 828's flight attendant, Bethany. Bethany smuggled Thomas into the U.S. and had him escape through the cargo hold as the plane landed.

She didn't know when Thomas escaped they had jumped five years into the future, or the phone she gave him didn't work. Worse, she didn't know Leo, who had been on an earlier flight, had disappeared, presumed dead. Thomas, knowing no one and having nothing, was arrested for being homeless and presumed insane for not knowing what year it was.

But before he was arrested and hospitalized, Thomas had gone to the rendezvous point he and Leo had worked out so long ago: The Bethesda Fountain in Central Park, whose dominating Angel of the Waters statue is the inspiration for the angel character in their favorite play, Angels In America.

Michaela and Saanvi's vision is this Angel. It's Thomas, who lays at her feet praying for Leo to come, who she's trying to save. As Michaela notes at the end of the episode, the vision is a success. She, Saanvi, and Bethany get Thomas to a safe house. (Well, the basement of the building owned by the now-late Kelly Taylor.) But how long can they keep him there? And how long until the feds find out they're hiding a stowaway from this magic flight?