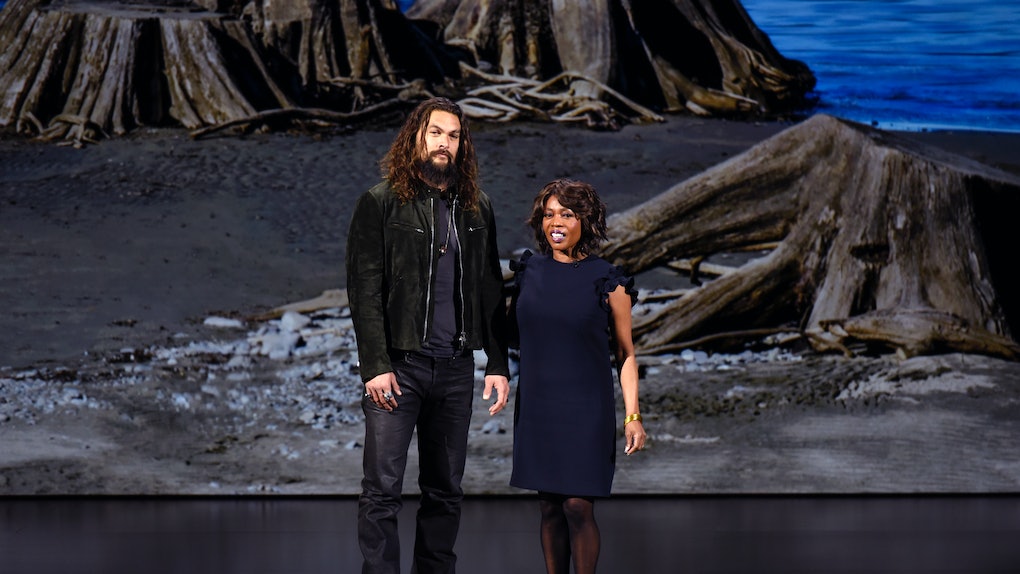 What Is 'See'? The Apple TV+ Show With Jason Momoa Is For 'Bird Box' Fans

Apple's new streaming service, Apple TV+, has finally been announced, along with some of the forthcoming series. There's a Sesame Street spinoff, a Jennifer Aniston TV series with Steve Carell and Reese Witherspoon, and a Steven Spielberg-speared show. However, the biggest show that was announced was the post-apocalyptic fantasy series starring Jason Momoa and Alfre Woodard, called See. What is See? It's a very ambitious TV series.

Bird Box was an ambitious idea for a film; a story of characters who had to navigate the world without their sight. Much like A Quiet Place, it was a film where one of the major tenets of cinematic storytelling is removed. Both of those stories had to sustain over the course of two-hour movies. See takes it a step further, turning the premise of a society missing one of humanity's main senses into a longform TV series.

The concept is not that the characters are blinding themselves, as in with Bird Box. Instead, this is a society where blindness is a way of life. Set in a post-apocalyptic world where global devastation left the remaining population blind, the show happens centuries in the future as the human race begins to rise again with no memory of a time when they could see — only myths.

Jason Momoa has been cast in a lead role in the upcoming Apple original series See. The series is described as an epic, world-building drama set in the future. Momoa will play Baba Voss, a fearless warrior, leader and guardian.

The series comes from Steven Knight, whose last project was the bizarre and loopy Serenity with Anne Hathaway and Matthew McConaughey that came out last January.

See is only one of many new TV series coming to Apple TV+ this coming fall. The company’s TV chiefs, Zack Van Amburg and Jamie Erlicht, called Apple TV+ "a new service dedicated to the best stories ever told."

Tim Cook, who took over the Apple brand a few weeks before the passing of Steve Jobs in 2011, admitted they were getting into the streaming wars because TV was a passion for them.

We love TV. TV is more than entertainment, it’s cultural.

Sadly, though, there was only a sizzle reel with a couple of clips from See mixed in with bits from half a dozen other shows the service was teasing. There were no full trailers to be had as of yet. What little fans did see of See looked lush, though, and expensive. Not quite to the level of Game of Thrones — this is, after all, a world where the human race is starting to rebuild, not a Middle Ages-set fantasy. But still, it's a show fans will want to check out.

Apple TV+ is set to launch this fall.