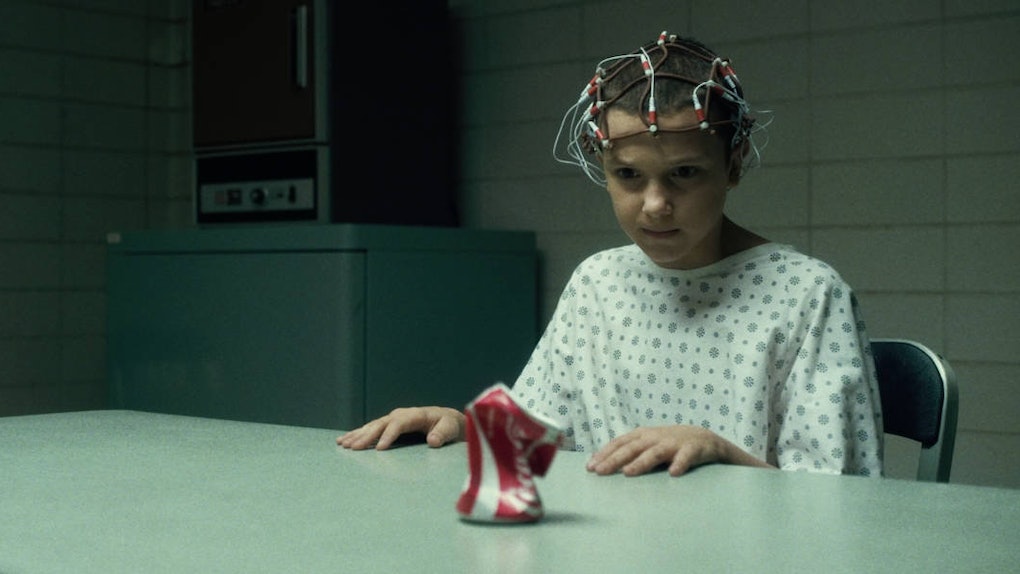 Stranger Things Season 2 returns to Hawkins, Indiana, in only a few short weeks, including the peculiar goings on at the "Department of Energy" building just outside of town. But before we return to the weird secret government experiments of Season 2, let's review one of the major ones of Season 1 that was kind of glossed over. What is Project MKUltra? Was this something just made up for the series?

One of the best parts about Stranger Things is that even though it is a fantastical premise, with mirror worlds and gates between dimensions and scary monsters right out of the Dungeons & Dragons monster manuals and playbooks, it is also very realistic. The world of Hawkins in the early 1980s feels very true-to-life, not just in the technology, but in the lives of the parents and the kids.

Joyce Byers, for instance, is a poor single mother who lives paycheck to paycheck, purchasing something as simple as a phone is enough to set her back. One of the reasons Will is the one to fall into the Upside Down is because they can't afford to live in town, they're on the outskirts, very near to the gated government lab.

Project MKUltra really was the name of a government program. It was also known as the CIA's mind control program. It ran from the early 1950s through the mid 1970s, growing out of programs that were started after WWII, some of which included hiring former Nazi scientists.

There really were tests all through the cold war, where the government convinced high school grads and college kids, all of whom needed money, to basically take hallucinogenic drugs for cash so the government could use them as guinea pigs.

As Terry Ives' sister tells Hopper, MKUltra was something she voluntarily signed up to do. It was "take drugs, change the world" kind of stuff. She just didn't know she was pregnant.

A Short History of MKUltra

Officially, the program was sanctioned in 1953. According to all records, it was halted completely by 1973. But during that 20-year time period, the government used it to conduct many illegal experiments on U.S. and Canadian citizens, a lot of times not telling them they would be exposed to mind-altering drugs including (but not limited to) LSD.

According to Wikipedia, it also was known for experimenting with "hypnosis, sensory deprivation, isolation and verbal abuse," all in the name of learning new and more effective ways to conduct interrogations and torture techniques.

The CIA used dozens of different institutions as fronts for these experiments, including colleges, hospitals, and prisons. So, the idea that a building technically considered the "Department of Energy," but operating as a front for the CIA, is not actually all that far fetched.

What Happened To The Program?

Many of the files for Project MKUltra were destroyed under the Nixon administration in 1973 as impeachment loomed, and anti-government sentiment swept the country. In 1975, President Gerald Ford ordered a complete investigation into the possible atrocities that some claimed they had undergone, with most of the details of the program being released to the public in 1977.

Lawsuits still ensued over the concept of "informed consent" to patients. (The result of which is why those undergoing certain medical treatments have to sign boatloads of paperwork nowadays.) One even made it all the way to the Supreme Court in 1987.

Could MKUltra's Offshoot Happen In The 1980s?

Is it realistic that MKUltra in the 1970s could have spawned a child (or multiple children) who were taken from hospitals and raised in government labs run by the CIA in the early '80s? To be honest, chances are if they had done something like that, it would have come out long ago. In July 2001, much of the documents that had not been released before were declassified.

But, since most of the documents from the original program were destroyed.... the world may never know. We'll have to see how Eleven's return plays out in Season 2, now that her oddly German-looking "Papa," Dr. Brenner, is gone.

More like this
In 'Riverdale' Season 5, Toni Topaz Is The Black Superwoman Without A Cape
By Erika Hardison
5 Facts About Courtney From 'The Circle' Season 2
By Dylan Kickham
'The Witcher' Season 2: Release Date, Cast, Trailer, & More Info
By Ani Bundel
Stay up to date