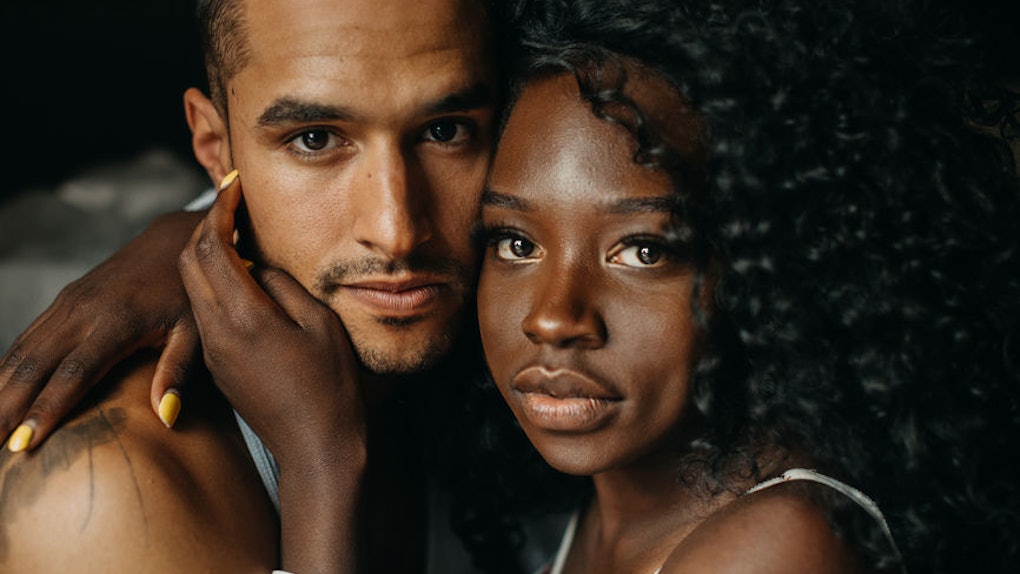 What Is LoveSync? The Button Tells Your Partner When You're Down For Sex

So, you and your partner are lying in bed and you decide you're down to hook up. You could tell them that you're in the mood, or you could silently press a $44 LoveSync that lets them know you're feeling hot and heavy. What is LoveSync, you ask? Allow me to explain.

There's now a button that literally makes it so that you don't have to do pesky things like talking to your partner when you feel like having sex.

LoveSync is a two-button system that makes it so that you and your partner never have to utter the words, "Wanna have sex?" again. Because, you know, speaking out loud is so 2018.

The way it works is that both you and your partner get a button. Each of you are supposed to place your respective buttons on your respective bedside tables and plug them in. Then, if you find yourself in the mood while you're lying in bed next to your partner, you casually tap your button. If they have also tapped their button, the buttons start to flash a swirling green light, meaning the two of you are good to go. If only one person is interested, neither button lights up, saving you from potential rejection.

Oh, and how much does the IRL nut button cost? If you're willing to pledge $44 (or more!) right now, you'll qualify for their "super early bird" special leaving the buttons at 40 percent off their retail price. So... yeah, you can buy the buttons for $44. Also known as the price of a nice filet mignon. I don't know about you, but I'd opt for the filet.

Now, don't get me wrong. I am all about consent. Sex should absolutely never be had unless both partners are absolutely certain that the other is totally 100 percent without a shadow of a doubt down. And it has to be noted that these buttons do make the consent thing more black and white than ever.

They also could potentially be used as a fun little game between you and your partner where you tease them by waiting to press your button after they've pressed theirs.

But those are pretty much the only two upsides I see to this, quite frankly, totally unnecessary product. You guys. If you feel like you want this for whatever reason, of course, go for it! Do you.

If these conversations are difficult for you and your partner, try working on it! Try having a conversation outside of the bedroom about how you can improve your communication inside of the bedroom. If it's still an issue, therapy is also always a great option for even the healthiest of couples.