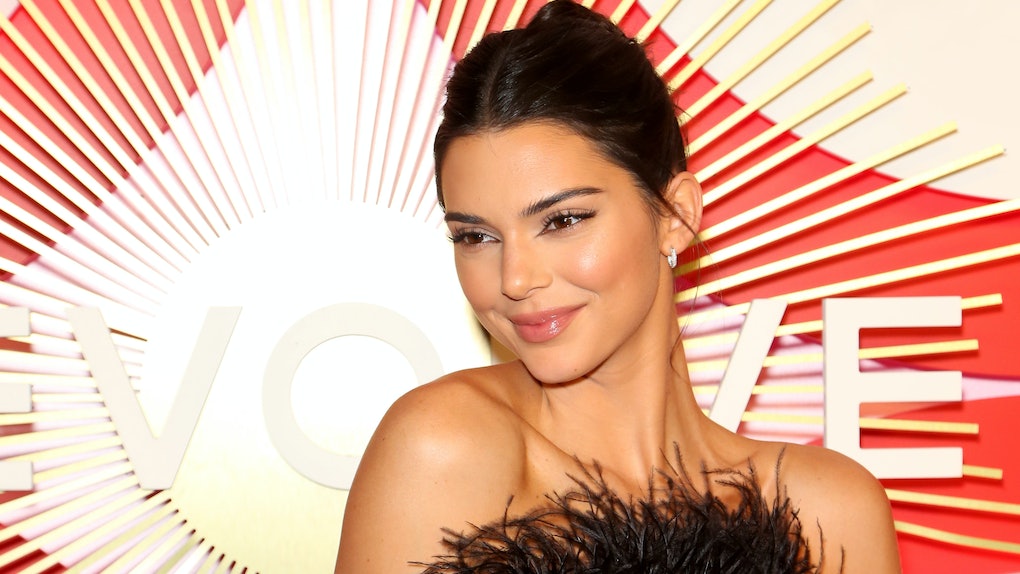 What Is An Infrared Sauna? Kendall Jenner's Birthday Present Sounds So Fancy

OK, I take birthday celebrations and spoiling very seriously, but does anyone honor another year older quite like the Kardashians? Anyone? Bueller? Didn’t think so. Granted, when you’re as rich and privileged as the Kardashian/Jenner fam, upstaging birthday gifts one year to the next probably isn’t too challenging a feat, but Kendall Jenner’s sisters literally got her a freakin’ infrared sauna for her 23rd birthday, and I’m just not sure they’ll be able to top that. I mean, for one thing, what is an infrared sauna anyway, because I definitely didn’t think this kind of treatment was something you could own outside of a spa or wellness facility. But, honestly, what could be cooler than having an LED light therapy system at your disposal, in the backyard of your home? Say what you want about these ladies, but I cannot deny: They do gifting so well.

The eldest Jenner is arguably the most private of all of the sisters, so this might be the first time you’re hearing of such a glamorous addition to the birthday girl’s 6.8 million dollar mansion. From what I can tell, the fashion model hasn’t posted a photo of the infrared heater contraption to her Insta feed, but she did spill all the beans about the grandiose gift to Vogue during an interview backstage at the live taping of the Victoria’s Secret’s Fashion Show.

“My birthday was this weekend and my sisters actually got me an infrared sauna," Jenner casually told the glossy, as if an infrared sauna is the kind of gift that any 23-year-old could expect to receive. Now, to you and me, the idea of purchasing an infrared sauna and wrapping it up real nice with shiny paper and a bow might sound random AF, but the VS angel told Vogue that LED light therapy has become one of her favorite means of self-pampering, not to mention it keeps that angelic skin of hers glowing strong. “[LED light therapy] is such cool technology with [the] different light settings that benefit the skin internally,” Jenner said. And if you’re wondering where in the world someone would store an infrared sauna, Jenner told Vogue, “I'm putting it in my backyard and am super excited to have it at my house."

I'll admit, when I first heard Kendall Jenner received an infrared sauna for her birthday, I envisioned her sisters literally footing the bill for some kind of massive renovation on her home to create the same kind of sauna room you’d find at a spa. After a quick sweep of the internet, however, it turns out infrared saunas can be one huge room, but they can also be built like a spacious phone booth. Unfortunately, without a visual aid, I can’t tell you how large or small Jenner’s infrared sauna is, but I can tell you what it does.

Per the Mayo Clinic, unlike a traditional sauna that relies on temperature to warm the air, an infrared sauna uses LED light to create heat and warm your body, without affecting the actual air you’re breathing. Personally, I don’t mind the humidity of saunas, but after a while, it does start to feel a little too stuffy, so I can see the appeal of heat from a light versus the thick smog of the traditional treatment. Plus, the Mayo Clinic notes that, in order to yield the results a traditional sauna promises — aka the same physiological responses your body would have to vigorous exercise, minus the actual physical activity — spas are told to crank up the heat. However, the light fixtures of infrared saunas are said to yield the same results, sans such high temperatures. The question is, are they really as effective?

Well, for one, both traditional and infrared saunas are great for detoxification. “The sweat you release in the sauna gets rid of toxins from deep within the body,” Kirkland Shave, program director at health and fitness retreat Mountain Trek, tells Elite Daily. What’s more, he adds, when you combine infrared saunas with hydrotherapy (a kind of contrast therapy in which you go from a heated sauna to, say, a cold shower), going from hot to cold in this way encourages your skin to stay alert, resulting in “taut skin with a healthy all-over glow," he explains.

FAR infrared technology is also an option. Granted, if you had no idea what an infrared sauna was before reading this, then you're probably staring at the screen like, "OK great, Julia, what's that?" In an exclusive interview with Elite Daily, Sophie Chiche, founder and CEO of Shape House, the first of its kind urban sweat lodge with all kinds of heated treatments, explains that FAR infrared technology uses natural energy that can't be seen. "One Shape House session is similar to that of a 10-mile run, acting as a part of your daily fitness routine," Chiche explains. "This purifying sweat is a time to reboot and recharge, resulting in a relaxed environment that assists in ridding ‘mental toxins,’" such as chemicals, pathogens, and metals.

Per Healthline, other supposed benefits of infrared saunas range from better sleep, relaxation, muscle and joint ache relief, and improved circulation — but there’s a catch. According to the outlet, there’s been very limited research done on the subject, so you really have to do your own digging on the places that offer this service, and decide for yourself whether you trust it.

In other words, just because Kendall Jenner swears by infrared saunas, doesn’t necessarily mean they’re right for you or your body. But hey, it's still a pretty epic birthday gift. I certainly wouldn't have turned it down.