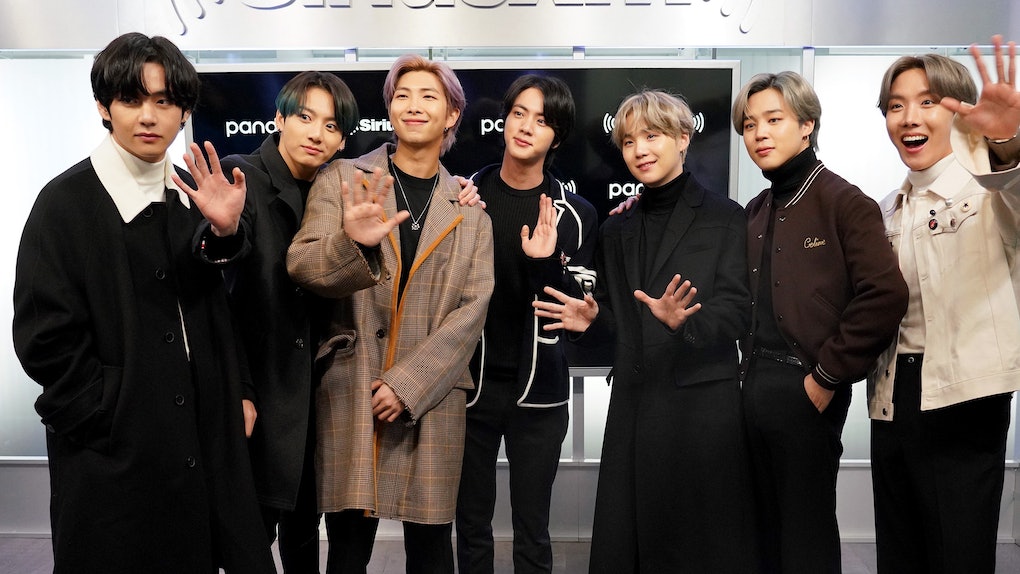 What Is 'In The SOOP'? BTS' New Reality Show Sounds Like A Breath Of Fresh Air

For the past couple of years, ARMYs have enjoyed seeing BTS in their variety shows like Run BTS! and Bon Voyage because it shows the guys in their funniest and most care-free moments together. Fans never miss a single episode of either program, and now, they can add another series to their watch list: In The SOOP. If you're wondering what In The SOOP is, BTS' new reality show promises to show the guys like fans have never seen them before.

After announcing BTS' first English-language single was coming this summer, which would be followed by their new album set for later this year, Big Hit Entertainment announced ARMYs can look forward to another exciting BTS project called In The SOOP. According to Soompi, "soop" means "forest" in Korean, so you may be able to guess what their new reality show is about already: BTS camping out in the woods. It may sound similar to BTS' annual vacation series Bon Voyage, but it will actually be totally different because the members will host the show themselves.

Before it arrives, here are all the details you need to know about BTS' new reality show.

What is BTS' In The SOOP?

Big Hit describes In The SOOP as "somewhere in between everyday life and leisure" because, as its title implies, it will take place in the forest, with BTS enjoying some much-needed down time. The members will have so much freedom picking their own schedules based on activities they like, and they'll host the show themselves with minimal communication with the production staff.

Where can I watch BTS' In The SOOP?

Similar to the group's other video content, In The SOOP will be available exclusively on the Weverse app in the U.S. Fans can pre-order the series from the Weverse Shop beginning on August 4 all the way until August 19. Fans who pre-order the show will receive a special gift from the streaming platform.

When does BTS' In The SOOP premiere?

There will be eight episodes in total, along with eight behind-the-scenes clips, that will be available every Wednesday beginning on August 20 at 12 a.m. KST. Each episode will run around 80 minutes in total and the final episode will air on October 6.

How much does BTS' In The SOOP cost?

The cost hasn't been revealed yet, but fans can expect it to be around $20 since BTS' Bon Voyage 4 series and all their docu-series were about that much on Weverse.

BTS In The SOOP Teaser

On July 28, Big Hit dropped a special teaser for the series showing a beautiful forest landscape. Watch it below.

Now that you know all the details, get ready to see BTS in a whole new light.

More like this
Kendall Jenner's Response To Haters Who Say She's Too Privileged To Have Anxiety Is On Point
By Michele Mendez
‘My Policeman’: Release Date, Cast, Trailer, Plot, & More Info
By Abby Monteil
As @Royal_Suitor, Here's Why I'm Dedicated To Defending Harry & Meghan
By R.S. Locke
Stay up to date