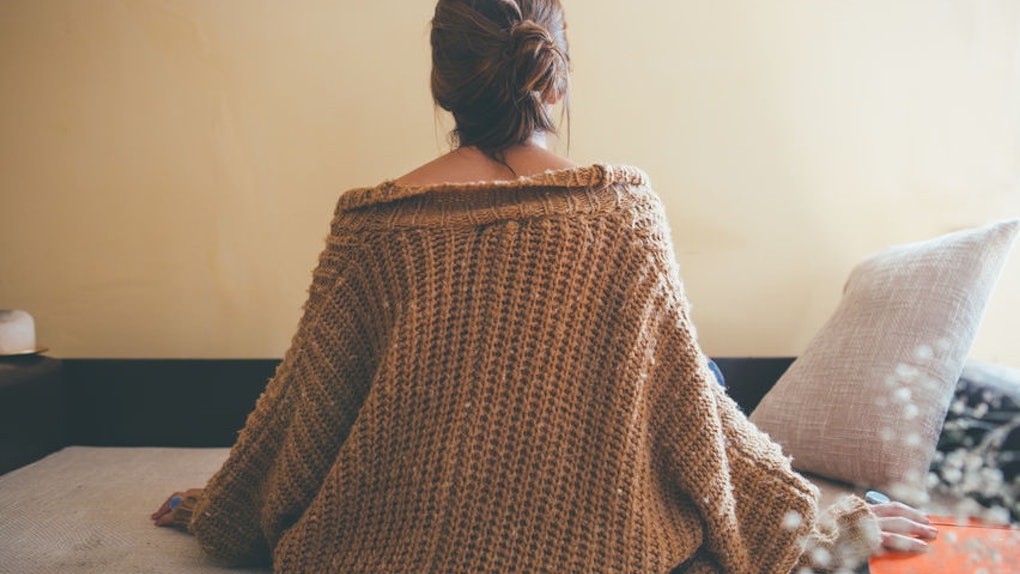 What Is Esketamine? The Nasal Spray Can Treat Depression & It Just Received FDA Approval

It’s a comfort to know that the medical community is committed to finding and developing new treatments for depression. It’s even more of a comfort to know that they’re steadily making progress. The truth is, depression looks and feels different for everyone, so it’s important that treatment options are just as diverse, to ensure there’s a coping method for anyone going through it. That being said, the FDA has approved esketamine, a nasal spray, as a treatment for depression, and according to the agency's official press release announcing this new medication, it could turn out to be one of the fastest-acting treatments on the market.

Per the FDA’s official announcement issued on March 5, 2019, Spravato (esketamine) has been approved “for the treatment of depression in adults” who might be having trouble finding an antidepressant that not only works for their condition, but that also bodes well with their body.

According to Tiffany Farchione, M.D., acting director of the Division of Psychiatry Products in the FDA's Center for Drug Evaluation and Research, additional effective treatments for depression, like Spravato, are long overdue. However, because of the potential health risks associated with esketamine — such as sedation, dissociation, and potential abuse of the medication — Spravato will only be available through a very restrictive distribution system. Farchione explained in the FDA’s press release:

Controlled clinical trials that studied the safety and efficacy of this drug, along with careful review through the FDA’s drug approval process including a robust discussion with our external advisory committees, were important to our decision to approve this treatment. Because of safety concerns, the drug will only be available through a restricted distribution system and it must be administered in a certified medical office where the health care provider can monitor the patient.

Aside from the fact that esketamine is a nasal spray, and therefore doesn't come in the form of an oral medication, there are a few pretty significant differences between traditional antidepressants and esketamine that might make the latter a potentially more effective treatment for someone with depression, particularly someone who has already tried a variety of medications that, for whatever reason, just didn’t work out. For example, founder of Actify Neurotherapies, Dr. Steven Levine, tells Elite Daily that low doses of esketamine have been proven to be fast-acting, very effective antidepressants. Therefore, patients would only have to take a small amount to see significant results, compared to oral medications, which Dr. Levine says are typically prescribed for daily use.

What’s more, how patients will receive the medication is a much different process as well. Rather than the standard scenario of having a doctor prescribe a bottle of pills, sending the prescription off to a pharmacy, and the patient picking it up to take at home, esketamine will be distributed to the patient at a certified treatment center, per the FDA's announcement. It sounds fancy, and maybe even a little tedious, but according to spokespeople from Janssen Pharmaceuticals, Inc. (the company that was given FDA approval to move forward with making and distributing the new medication), it makes a lot of sense.

Essentially, the nasal spray will be "self-administered by the patient under the supervision of a health care provider," the Janssen spokespeople tell Elite Daily. The health care provider will then observe the patient's reaction to the treatment for at least two hours. This is to make sure that the patient doesn't experience potential side effects associated with esketamine, such as "dissociation, dizziness, nausea, sedation, spinning sensation, reduced sense of touch and sensation, anxiety, lack of energy, increased blood pressure, vomiting, and feeling drunk," according to the spokespeople.

Once patients are approved to use the nasal spray, they are enrolled in what’s called the SPRAVATO™ REMS (registry), the spokespeople add, in which you're noted as someone who is regularly taking the medication. From what I understand, this is just a precaution to make sure everything’s running smoothly with the medication. Given the aforementioned side effects, these measures aren't "extra," they're necessary.

Per the FDA’s announcement of the new drug's approval, unlike oral medications that are typically prescribed as daily medication, esketamine will initially be administered twice a week for four weeks, in tandem with an oral antidepressant. As of now, the medication is only being given to adults who have treatment-resistant depression, aka adults who have had difficulty with two or more treatments.

There's still quite a lot to be discovered about esketamine, and time will tell whether the new medication is truly as effective, if not more so, than traditional antidepressants. For the 16 million adults in the U.S. who have some form of depression (per the National Institute of Mental Health), the FDA's approval of esketamine is, at the very least, a sign of hope. If you're interested in finding out more information, speak with a doctor to see if esketamine may be right for you.