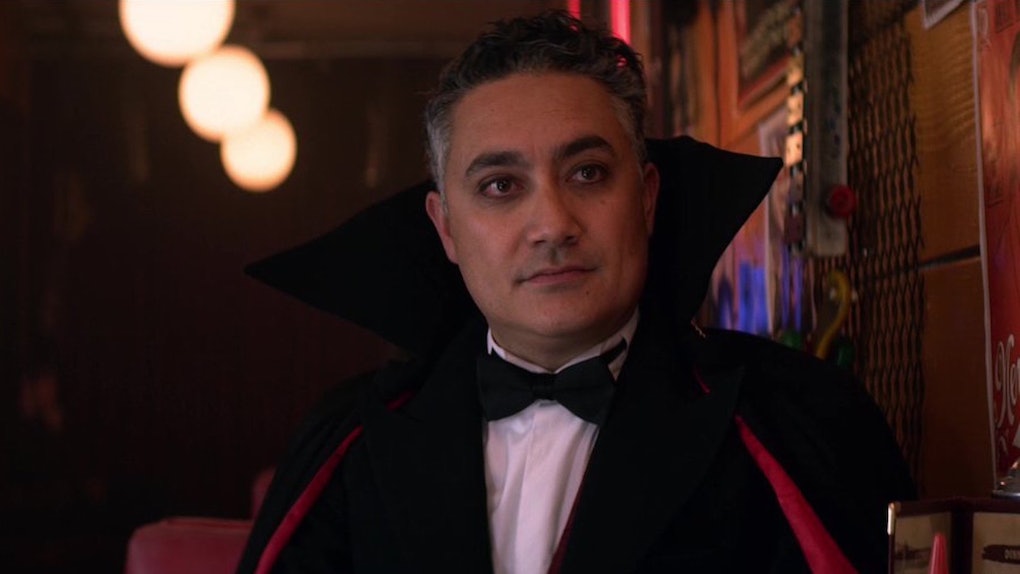 What Is Dr. Cerberus In 'Chilling Adventures Of Sabrina'? The New Season Revealed His Secret

Chilling Adventures of Sabrina fans were left with a lot of questions after the final episode of the debut season, and one of the biggest mysteries was what exactly Dr. Cerberus was hiding. The horror-obsessed book store owner seemed like a sweet, mild-mannered man for the bulk of Season 1, but a creepy flash in his eyes at the very end of the season signaled that he was hiding some sort of dark secret. And now we finally know the truth. The new season answered the question of what is Dr. Cerberus on Chilling Adventures of Sabrina, and nobody could have predicted his true identity.

Spoiler alert: This post contains plot details from the first three episodes of Chilling Adventures of Sabrina Part 2. Dr. Cerberus seemed like the perfect love interest for Hilda Spellman at the start of Chilling Adventures of Sabrina... until he flashed some demonic eyes after finally kissing her in the season finale. Since that worrying moment, fans have been wondering what Dr. Cerberus' true identity could really be, and whether or not he is actually some evil creature trying to take down the Spellman family.

Thankfully, we finally get our answers in the third episode of the newly released season. As Hilda tries to re-spark her romance with Dr. Cerberus on Lupercalia (the witch version of Valentine's Day), she is confused to find that he rejects her advances even though they made their feelings for one another clear with that kiss last season. But there actually is a good explanation for his coldness, and it also explains that weird demonic eye moment as well.

Dr. Cerberus reveals to Hilda that he is possessed by an incubus. Yeah... didn't see that one coming, did you? He says that he was reading an occult book in his shop one day and wound up summoning an incubus, which then possessed him. But the demon actually only starts to come out when he is aroused, which explains why he started looking all demonic after his first kiss with Hilda and why he is trying to keep his distance from her even though he loves her.

We actually see Dr. Cerberus' incubus come out fully as Hilda tries to seduce him at his book shop. As Hilda shows off her nicest outfit, Dr. Cerberus transforms into a wolf-like demon and scares her off. At first, it actually looks like he is a werewolf, but he later reveals that this is actually what his incubus looks like. While the incubus possession obviously complicates Hilda and Dr. Cerberus' relationship (don't they always), the two still try to keep their budding romance alive despite it. Zelda even offers up some advice from her experience with incubi, telling Hilda to stock up on chains to lock him up with.

Unfortunately, although Hilda and Dr. Cerberus seem perfect for each other and they both even say that they love one another in this new season, the incubus possession makes their love feel kind of doomed, since they cannot get close or intimate with one another without a demon taking over Dr. Cerberus. Hopefully, the two can find some way to exorcise that incubus soon!