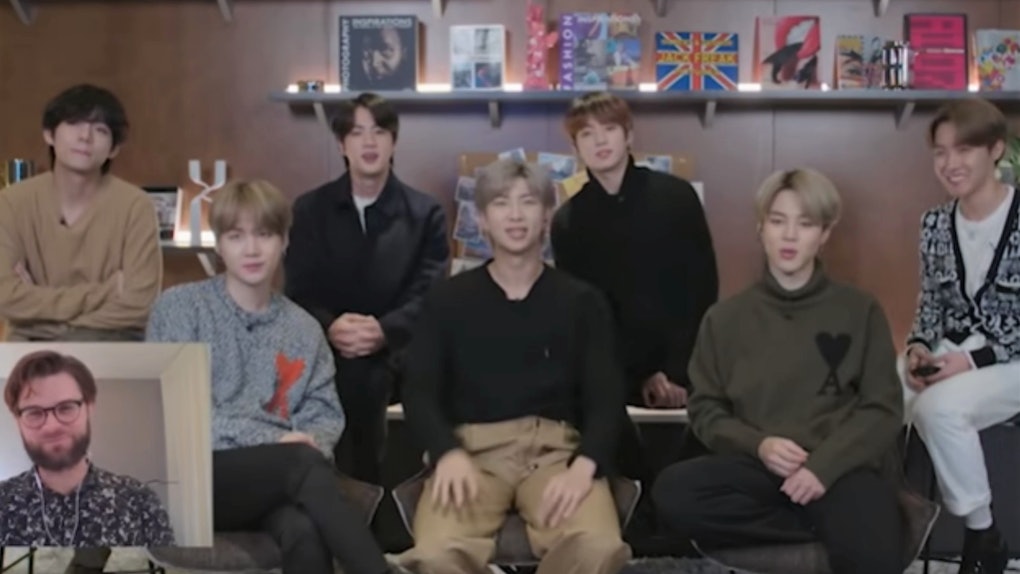 What Is Connect BTS? The Boys Are Giving Other Artists The Spotlight

BTS dropped their "Shadow" comeback trailer already, meaning the group's highly-anticipated new era is in full swing. Luckily, Big Hit shared a "comeback map" with fans, so they can keep up with BTS' schedule. After the "Shadow" trailer, comes the back-to-back "Connect BTS" events. The map revealed no details about the events whatsoever, except the title and that they had something to do with several cities around the globe, but fans wondered what Connect BTS is, exactly.

Besides online, the comeback schedule revealed the Connect BTS events are related to London, Berlin, Buenos Aires, Seoul, and New York City. Fans wondered whether they should take off from school or work and book the next flight to the nearest location. There were no details about the events, so fans theorized Connect BTS could be a mini-concert, a meet and greet, a press tour, or even a scavenger hunt. Meanwhile, other fans believed screens would be set up in the listed locations that will play the group's latest comeback trailer, hyping fans up for the group's Feb. 21 comeback.

On Jan. 11, 12, and 13, Jungkook, Suga, and RM shared selfies and captioned them, "#CONNECT_BTS," making fans even more curious about what it all meant.

Now, the day has come for the first two Connect BTS events: Online and London. On Jan. 14, BTS unveiled their project through a tweet, urging fans to visit its official website.

Once there, the site explained the new project, and it was even more amazing than ARMYs imagined. It read,

Connect, BTS is a global project to connect five cities and twenty-two artists, each of whom contributes their unique philosophy and imagination to it. This project aims to redefine the relationships between art and music, the material and immaterial, artists and their audiences, artists and artists, theory and practice. Connect, BTS may be described in terms of a collective curatorial practice by curators around the world who resonated with BTS' philosophy.

Instead of the project focusing on BTS alone, the group is putting the spotlight on other artists who share similar ideas and visions as them. The first artist listed on the site is Jakob Kudsk Steensen, who created the immersive digital simulation "Catharsis." Fans can learn more about Steensen's work on the "London" portion of the Connect BTS site.

BTS conducted an interview over livestream with Steensen to learn more about his work. You can watch that below:

As individuals, we come from diverse backgrounds, speak different languages, and have unique life experiences. Music and fine art may appear to be disparate worlds, but we are confident that this project will be an opportunity to appreciate diversity, develop a rapport and reaffirm our shared message of positivity.

BTS is continuously pushing themselves creatively for every comeback, and fans couldn't appreciate it more.

More like this
Addison Rae & Bryce Hall Unfollowed Each Other After She Was Spotted With Jack Harlow
By Michele Mendez
Here's What Harry & William Said To Each Other At Prince Philip's Funeral, According To Lip Readers
By Brandy Robidoux
Lamar Odom's Quotes About The Kardashian Family Curse Do Not Hold Back
By Brandy Robidoux
Stay up to date