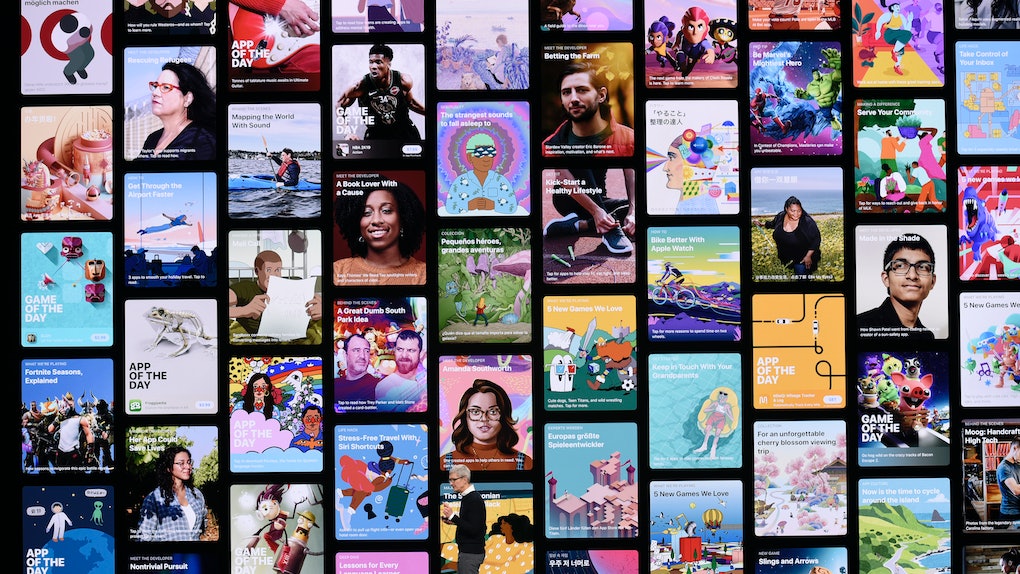 What Is Apple TV+? The Streaming Service Has All New Shows For You To Watch

It is said that decades don't begin and end with a date, but with an event. What we think of as "the 60s" began in 1963, when the Beatles arrived, and ended in 1969, with the Sharon Tate Murders. The "aughts" began with 9/11, but the "21st century" began with the iPhone. It's not clear yet when the 2020s will "start," but 2019 seems to be gunning for the honor, with the arrival of two streaming services for the next decade. The first debuts this week, from the company that introduced the iPhone. The Apple streaming service is long-awaited, with the company having sunk a rumored billion dollars into its development.

Apple's entry into this market is the wild card of SVODs (streaming video on demand). Netflix, at this point, is a known quantity, with over 50 percent of its platform now made up of original content. Disney, which is on track to launch their streaming network, "Disney+" sometime this fall, has the material to bring in the eyeballs, the question is if the platform will perform as expected.

But Apple is a different kettle of fish. The company has changed the face of technology multiple times over the course of the last 50 years. From the Apple II E and the MacBook in computing, to the iPod for music, to the iPad and iPhone for handheld devices. These products changed the course of history. Unfortunately, so far, when it comes to TV, the company has never been able to get out in front of the parade.

It's not that Apple hasn't tried. Long before Bluetooth became standard, there was the Apple AirPlay, streaming video to TVs. The Apple TV console has been around for ages, since 2007, a year before the Roku debuted. But it's never caught on. Even Game of Thrones streaming on HBO Now exclusively on the platform wasn't enough to gets the service to the front of the line.

The question is, will Apple Streaming finally be the breakthrough the company is looking for? The initial programming seems promising, but there's nothing that genuinely anchors the project in the way, say Star Trek does for CBS All-Access, or Marvel/Lucasfilm/Pixar is planning to do for Disney+.

Apple TV is already aiming to rebundle the network landscape that so recently was undone by cord cutters. Now there's Apple TV+. It's Apple's streaming service, which will have its own series and movies made by some of the biggest names in Hollywood.

Apple brought up Steven Spielberg to help sell Apple TV+, who will be doing a series for the service based on the Amazing Stories franchise. Jennifer Aniston and Reese Witherspoon announced their upcoming series, The Morning Show, which also stars Steve Carell. They were followed by Jason Momoa, who came up along with Alfre Woodard to announce the series See, a post-apocalyptic story in which the human world has been blind for centuries. Also, Kumail Nanjiani announced his Little America anthology series, on the everyday lives of immigrants.

Sesame Street introduced a spinoff series with Big Bird as special guest, and J.J. Abrams introduced Sara Bareilles to sing her theme for their collaboration. Oprah is doing documentaries, one about toxic behavior in the work place and one about mental health. All this will come through the Apple TV app, on all devices and Smart TVs, coming this fall.