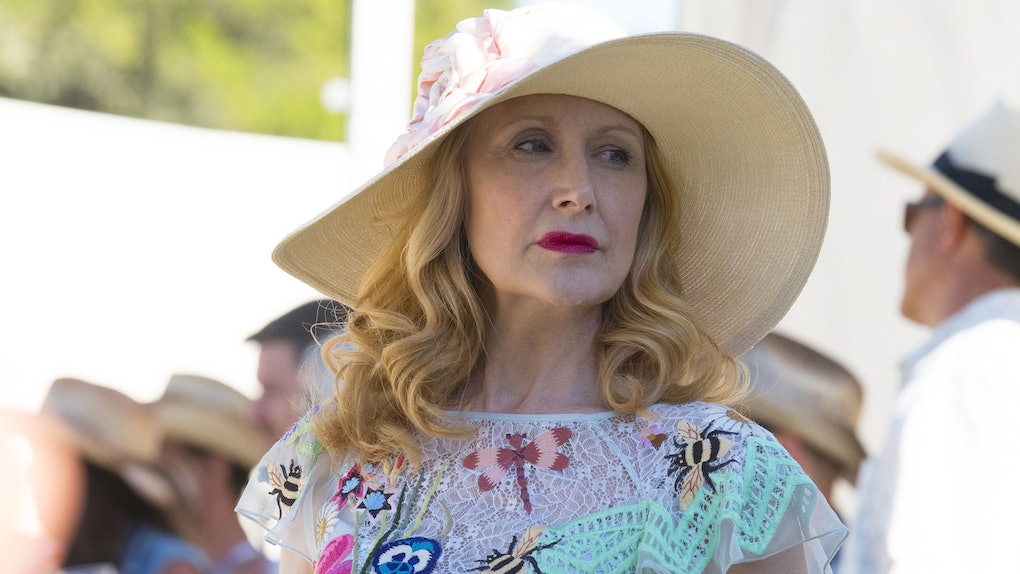 What Is Adora Hiding On 'Sharp Objects'? Her Behavior Is Wildly Suspicious

Ever since Camille arrived home in Wind Gap, her relationship with her mother has been delicate, to say the least. Adora hasn't wanted to deal with the idea Camille came home to report on the murders of Natalie Keene and Ann Nash. When Camille brings it up, Adora shuts it down. When people in town want to talk to her about it, Adora refuses to engage. At first, it seems like it's just the emotional response of someone who lost their own child, but now it's starting to get suspicious. What is Adora hiding on Sharp Objects? Warning: Spoilers For Sharp Objects follow. This post only discusses the happenings in the TV series so far.

This week, Adora took everything a step further. Upon hearing actual evidence of Ann Nash's murder had turned up on her property, she immediately told her workers to do nothing until she got there. She then hid the evidence had shown up from Camille, allowing only Vickery and Detective Willis to be present.

This is a step beyond not engaging with the crimes. This is actively working to undermine Camille's ability to do her job. Now, to be fair, Adora works to undermine Camille at all times in all ways, just out of rage and spite. But in the context of the case, it's also really suspicious.

But Camille probably isn't going to get much of a chance to talk to Adora about much of anything. Adora has decided one three question interview session was quite enough, and she's sicked Alan on getting Camille to leave. It hasn't worked. At least, not yet.

It might have, Camille seemed pretty ready to take off and go elsewhere after her talk with Alan. But Amma took her to the party, got her pretty smashed, and then brought her home. It's another chance for Camille to push for answers, but will she like what she finds?

More like this
TikTok's #NotTheMainCharacter Trend Shows The Supporting Role You Connect With Most
By Marisa Casciano
16 Facts About The Set Of 'The Bachelor' You Def Didn't Know
By Rachel Varina
'Drag Race Down Under' Season 1: Who Went Home This Week?
By Dylan Kickham
Stay up to date