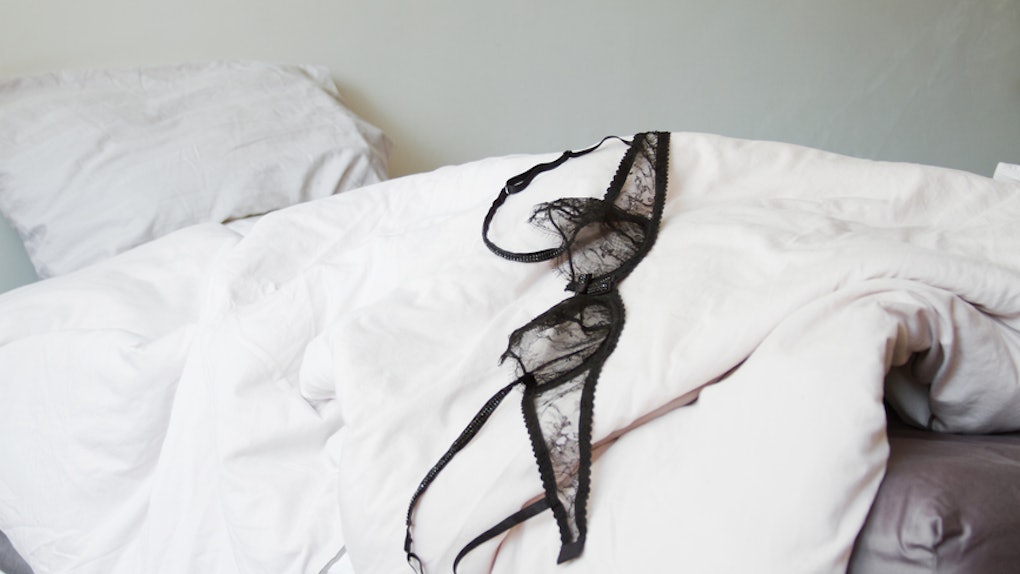 What Happens When You Search "Brassiere" In iPhone Camera? It Might Show You Pictures You'd Rather Keep Private

Umm... iPhone users, Apple has taken the liberty to automatically organize your photos into categories, meaning your sexiest snaps might not be as hidden as you'd like them to be. The revelation comes after Twitter user Ell (@ellieeewbu) Tweeted telling "all girls" to check out what happens when you search "brassiere" in iPhone Camera. Her tweet quickly went viral as people began to realize that Apple's image recognition technology was able to bring up literal "brassiere" results. When you search "brassiere" in Photos, you will see photos of "lingerie, bikinis, bare skin, or in some cases, memes," The Verge reports. Uh oh.

Though I have deleted most of the photos off my phone for storage-saving reasons (damn you, iOS 11!), my editor here at Elite Daily says the search did yield a bikini photo result on her iPhone.

Apple's image categorizing feature has existed since iOS 10's debut back in June 2016, but it appears many people didn't realize it was a thing. Perhaps their higher tech innovations have stolen the Photos app's spotlight. But even right now on Apple's "Photos for iOS" webpage, the tech company has a blurb about the feature that says the feature is built-in for optimal "privacy." (Even though anyone with your password could search "brassiere" and see some, uh, private photos.)

Beneath a heading that reads "Search photos by people, places, and even things," Apple's website reveals what the feature is all about. It says,

Photos makes it easier than ever to find a specific shot. It uses advanced face recognition technology to group photos by person, and lets you pick your favorites by tapping the heart icon. You can pinpoint a photo based on where you took it thanks to the Places album. Photos even recognizes scenes or objects in your photos, so you can search for things like dogs, beaches, mountains, or flowers.

Based off that innocent-sounding description, you would not assume that "brassiere" would be a search term, and yet it is.

In fact, it turns out Apple has coded thousands of searchable words into its framework including the synonym for "bra." Developer Kenny Yin found that the "Photos app supports detecting 4,432 different scenes and objects," he shared in a Medium post dated June 19, 2016. According to Yin's post, more "B" words you can search include:

Yin generously shared the entire list of "scenes and objects" you can search, so if you're curious as to what other categories your phone might silently be considering, definitely read it in its entirety. Spoiler: There are some gems in Ell's initial (and NSFW) Twitter thread. Once people discovered Ell's tweet, they began replying with funny categories their phones had created.

"I have folder with adult cats."

It's a purrr-fect folder, if you ask me.

"I just did a search and that's my dad arguing with a monkey under 'common'."

One person's search proved there are many important dog-related categories.

Dogs, cats, and other animals are safe to view at work, but Ell's thread reveals what many folks' "brassiere" search showed — and yeah, it definitely populates correctly. Let's just file learning about Apple's image categorizing feature under The More You Know! Now, armed with this very important knowledge about your trusty iPhone, maybe think twice about what you're storing in Photos. EEK.