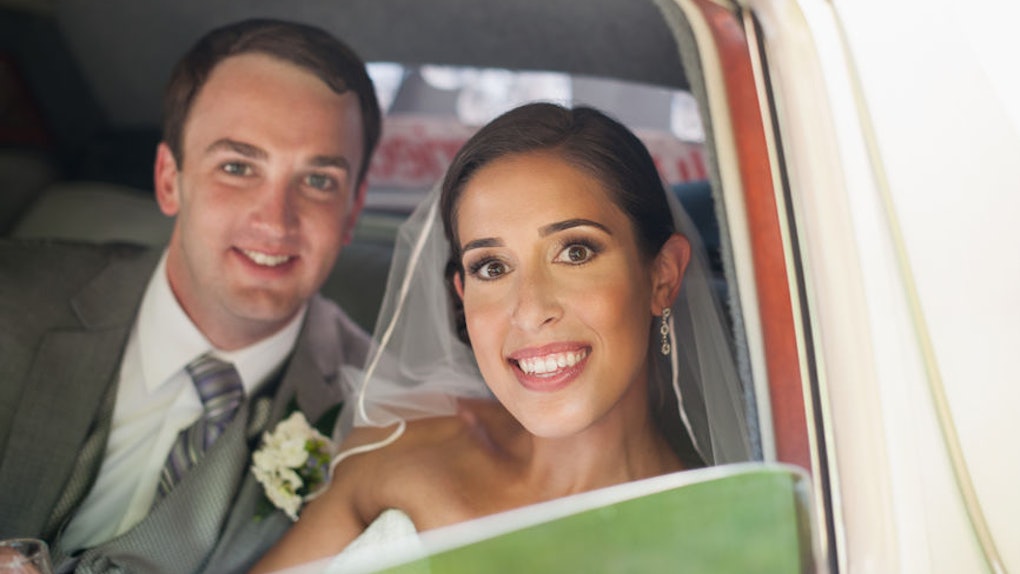 What Happens When You Get Married Right After Meeting? 8 Women Who've Done It Explain

There is no one set standard or timeline when it comes to falling in love and getting married. Some people date for years and years before deciding that marriage just simply isn't for them. Some people date for years and eventually get married. Others meet and all but marry each other on the spot. What happens when you get married right after meeting? Well, in a recent Reddit AskWomen thread, ladies who have actually been brave enough to do it share what happened.

So far, it has been "wonderful."

I guess it depends on how you define that. My husband and I went from "vaguely aware of each other" to "exclusive and planning our marriage and household merger" very quickly and were living together within a month. We got married officially on our 1 year anniversary and have been together now for around 14 years. It's been wonderful so far. We are very happy and in love together.

She wouldn't recommend it to others but, for her, it's been "awesome."

I hooked up with my husband over the summer in 2011, reconnected with him 2-3 months later and I was madly love. I would have married him after the second date had he asked. We somehow managed to put off marriage for 9/10 months but it was still really fast and we were both pretty young (19 and 22) and while I love our life and our story, I would never tell another 19 year old girl to do what I did. However it works for us, we just had our first baby, he graduated medical school and is about to join the Navy. We have a pretty awesome life together.

They believe their marriage was successful because they made the hasty decision when they were older.

Married after ten months of dating and four months speaking online before that. We have now been married almost nine years!But - we were not young. We met at 35 and married at 36, I had been previously divorced and knew what I wanted in a partner. It’s a good marriage and I am very happy with our choice!

He wound up cancelling the wedding at the last minute.

Met and got engaged within 5 months. 2 months before what would've been our wedding, I came home and he'd left. Cancelled the wedding, he came back and the week of the wedding date I finally kicked him out. Found out the next day while packing his stuff that he'd told his old job that he had terminal cancer, was hiding money from me and letting me pay all the bills and was paying for sex with men. Lucky escape. Still doesn't feel like it really happened, but the repercussions are still here. I don't trust anymore.

Their marriage ended just as quickly as it began.

With my first marriage I met him at a going away party (for someone else). We dated for 2 weeks, he proposed and I said yes. We were married 3 months later. I know that is really quick. But we were both in love and we stayed together for 6 years. When it ended it was just as quick. He went on a guy's weekend in a city 6 hours away by car. Right before he got in the care he called me and it was all normal. "I can't wait to see you" "I love you so much" "I miss you" So 6 hours later he gets home and is a different person. "I don't want to be around you" "I don't love you" "I don't want to be married to you" There were no other women. It was only guys on this trip. He is not mentally ill. Nothing. He never gave me a plausible reason. His reasons were not reasons, and he admitted that. For example, one reason he gave me was that I don't let him dress nice. He owned a t shirt that had a 4 inch hole in the back from when he was 12 that he refused to let me get rid of, but I didn't let him dress nice. 🙄Last I saw he had stolen someone else's wife and they were going to get married.

They're still madly in love.

I met my husband in September 2005 then I moved around 12 hours away. He visited me every opportunity he got. I came back to my old stomping grounds just for him whenever I could. We got engaged in November and we were married in August 06. We’ve been through hell- bankruptcy, sickness, 2 tours to Afghanistan and still kicking. I’m still madly in love with him and I get giddy when he smiles at me. He’s my favourite person.

If they didn't get married so early on, he wouldn't have been there to help her through one of the most difficult times.

I'd met my husband a couple of times before he asked me out, but after our first date I realized I wanted to marry him. We decided to get married about month later, official engagement two weeks later, married three months after our engagement.We've been married three years and have a little one.My MDD and GAD started two months before we got married, and I genuinely don't believe I would have made it through the year without him, so I'm very grateful for the speed of it all.

The first year of marriage was the hardest.

My husband and I got engaged 3 months after dating when I found out I was pregnant. We got married 3 weeks after our son was born. We're celebrating our ten year wedding anniversary this year. The first year of marriage was the hardest. Learning to be a spouse and a parent at the same time was really stressful on both of us.

To me, all this proves is that there really is no scientific formula that guarantees you a perfect marriage. Some people got married quickly and it worked out! Some people did the same and it didn't. You never know what the future is going to hold; all you can do is trust your gut and hope for the best.