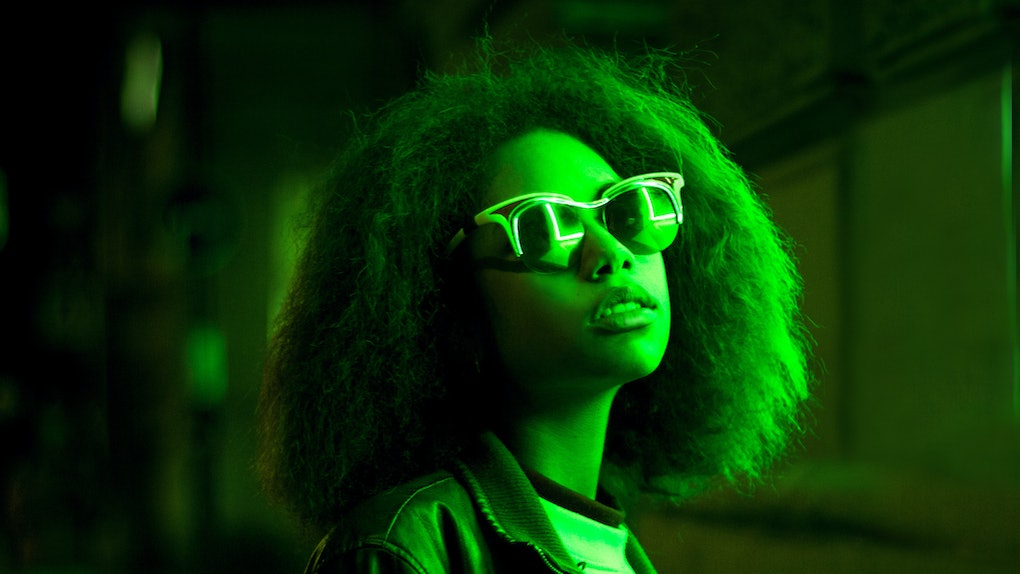 What Happens When Pluto Retrograde 2019 Ends? The Forecast For Your Sign

Every planet in astrology carries its own power. However, no planet personifies power quite the way Pluto does. Lying in the distant reaches of the universe, darkness is what Pluto knows best. It rules over death and destruction, but also rules over transformation and rebirth. Although mysterious, its power is running at a deep undercurrent. Although small, Pluto backs a big punch. So, what happens when Pluto retrograde 2019 ends? While there's no way to tell the future, rest assured that your own power will reach new heights.

Because Pluto is an outer (dwarf) planet, its retrograde is not greatly felt the way it might be if Mercury or Venus were in retrograde. However, that doesn't mean Pluto retrograde isn't important. In fact, it has the power to reshape society at large, as well as instill shifts in your life over a long period of time.

Pluto retrograde began April 24 and comes to an end Oct. 3. When a planet goes retrograde, its energy is turned inward, launching a period of deep introspection and inner transformation. While Pluto was retrograde, you were forced to reexamine the power structures and obsessions in your life. Whether you've held on too tightly to something, or you've allowed yourself to be manipulated, the truth likely surfaced during that time. When Pluto turns direct, it will be time to understand what you can and cannot control.

So, how will this affect you based on your sun or rising sign? Find out below:

You're learning from your mistakes and failures. Instead of letting them discourage you, they can be a source of deep motivation. A major transformation is taking place in your career. You may switch fields altogether, work harder toward your dreams, or take on a new role.

Your beliefs have come into question and you may be letting go of something you once had faith in. However, that loss of faith is the start of something beautiful and new. Your journey is only beginning, and an adventure is bound to open your eyes and bring you a new perspective.

You're coming to terms with your emotional and financial bonds to others. Perhaps you've clung onto an unhealthy situation for too long or you've craved a form of intimacy that is damaging. Now, it's time for you to release these entanglements and embrace a transformation of the heart.

Your obsessions and compulsions at the workplace have been at the forefront of your mind. You've also begun questioning your relationship with food and your idea of health. It's time to let go of these negative habits and mindsets that hold you back. Transform your daily routine.

You're learning how to differentiate the love from the lust in your life. You may have even undergone a seriously internal experience that pushed you to create art. Now's the time to create that painting, write that novel, or even give into a deeper form of romance.

You've been reflecting on issues relating to your family, your roots, and your home life. If there are power struggles infusing these aspects of your life, it's time to let go of them. Set yourself free from controlling and being controlled. A new home awaits you. Open your heart to it.

You've been thinking hard about the way you use your voice. You may be afraid of the power your words hold and suppressing them. You may even be abusing that power and using it to control others. Now's the time to understand the depth of what you say and how you say it.

You've thought deeply about stability, comfort, and self-worth. You may have been searching for it in the wrong places and spending your money on the wrong things. However, you could also be holding back and allowing your expenses to control you. It's time for a financial transformation.

If you've been suppressing or denying your true self, the past few months have likely involved one revelation after another. You don't have time to waste pretending to be someone you're not. Embrace your strength and uniqueness. Come out of your shell and bravely be yourself.

You've likely had quite an introverted past few months and it's given you necessary time to reflect on what's come and gone. Difficult memories from your past and unresolved conflicts have absorbed your attention. Now, it's time to heal from the past and find a sense of closure.

You've been ruminating on your plans and wishes for the future. Perhaps you've been chasing pipe dreams or neglecting to do what you truly want. Focus on causes that mean the most to you, and don't be afraid of dedicating yourself to them. It's time to lead the way.