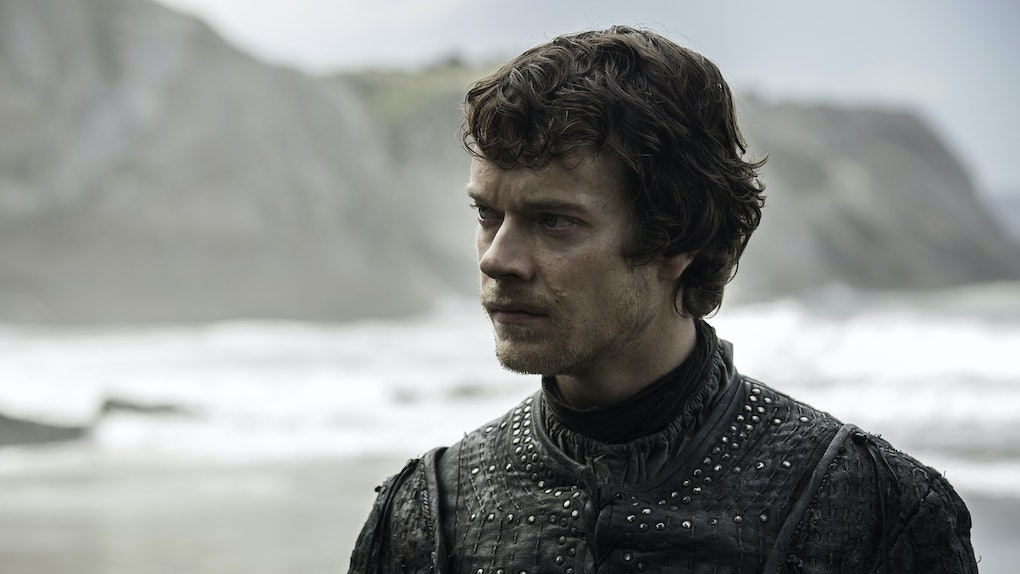 What Happened To Theon In 'Game Of Thrones' Season 7? He's Got Serious Battles To Fight

Game of Thrones is a story about three powerful families in Westeros, House Stark, House Lannister, and House Targaryen, their rises, their falls, their comebacks. However, there are other houses, which though perhaps not as powerful, have had their own stories to tell. In particular, House Greyjoy, which has been part of the story since the very first episode, in the form of Theon, ward to the Stark family. Theon is one of the few characters to make it to the final season. What happened to Theon in Game Of Thrones Season 7? His circum...err, stances improved for the first time in years.

The third son of Balon Greyjoy, ruler of the Iron Islands, Theon was the youngest of four. Before the story begins, Balon attempted to rebel and lost. His elder sons were killed, and Theon taken to live with the Starks, as insurance against another coup. When fans meet Theon, he's been well-treated, but keenly feels his outsider status in the family.

Theon is sent home in Season 2 as the Stark's emissary, but Theon finds his father and sister Yara are dismissive of him. In desperation for approval, he turns on the Starks, sacking Winterfell. He doesn't hold it long though. His own men turn him over to House Bolton, leaving him to spend the next three seasons a captive, tortured, castrated slave.

Theon escaped Bolton's control in Season 6, helping Sansa escape as well, and headed home, attempting to recuperate from the trauma of his experience. But when his Uncle Euron murders his father and wrests control of the family from his sister, Theon stands with her. By Season 7, the two of them have joined with Daenerys as part of her massive entourage arriving on Westeros to take back the Iron Throne.

Nothing goes to plan. On the way to Dorne, Yara's ships are attacked, and Euron takes her prisoner, with Theon jumping overboard. The Iron Islanders rescue him but question his nerve in the face of battle. Things don't get any easier when Theon arrives at Dragonstone to tell Daenerys of this defeat, only to find Jon Show there ready to murder him for his earlier betrayal of the Stark family. Jon threatens Theon but ultimately lets him live for helping Sansa escape.

Jon shows forgiveness, but the Iron Islanders aren't ready to let Theon off the hook for running away in Yara's hour of need. When Theon learns Yara is alive, he attempts to rally them, but they refuse, not until he stands up to one of his own. Theon wins the fight and the respect of his men. By the end of Season 7, he's heading out to sea to find Yara, defeat Euron, and bring his sister home, with Jon and Daenerys' blessings.

As Season 8 opens, fans don't know if they'll see Theon again. He hasn't been in the trailers, and Yara hasn't been included in the promotional images at all. But after years of watching him go from twisted, foolish villain, to victim, to hero, fans are rooting for Theon when Game of Thrones returns on April 14.

More like this
This 2021 'Game Of Thrones' Season 8 Trailer Is So Confusing... & So Good
By Ani Bundel
Netflix Renewed 'Bridgerton' For Seasons 3 & 4, Likely With More To Come
By Ani Bundel
The CW's ‘The Powerpuff Girls’: Cast, Release Date, Trailer, & More
By Rachel Varina and Ani Bundel
Stay up to date