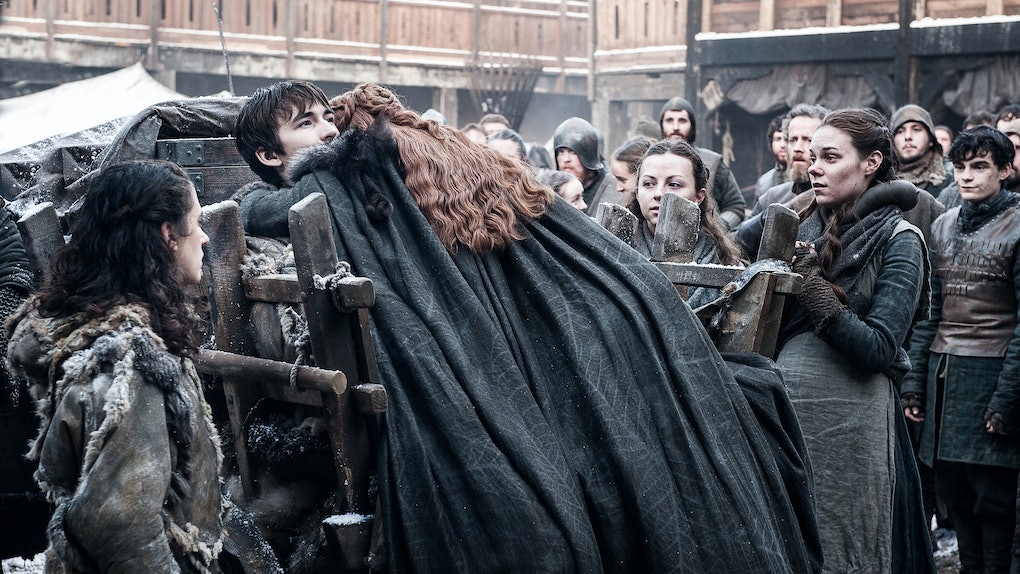 What Happened To Bran In 'GOT' Season 7? His Story Has Only Gotten More Complex

In the original A Song of Ice and Fire novel, A Game of Thrones, two characters act as the main narrators: Ned Stark, who as everyone knows, doesn't survive that first book, and his young son, Bran. Like Ned, readers are supposed to believe Bran is the story's hero. His story takes a dark turn early, much like his father, when Jaime Lannister pushes Bran from a tower window. Since then the character has come a long way. What happened to Bran in Game of Thrones Season 7? He's no longer the Bran viewers knew in earlier seasons.

Bran is the fourth Stark child and second son of Ned and Cat. When the story opens, he's 10 years old. Viewers meet an energetic kid who is (literally!) climbing the walls of Winterfell, until that fateful push. Bran doesn't die from his fall, but he's paralyzed for life.

Over the next three seasons, Bran struggles with his disability, while traversing the upheaval in his family as his father is killed, his brother starts and loses a war, and Winterfell is sacked. Escaping on the back of Hodor, Bran meets a young Greenseer named Jojen and his sister Meera, who lead him and Hodor north of the Wall to find the Three-Eyed Raven. Under his guidance, Bran learns the ways of warging and greensight, until the Night King finds him and attacks their hideaway.

The death of the Three-Eyed Raven pushes Bran into the role before he is fully ready. However, by the end of Season 6, Bran has settled into his new persona, slowly losing the final vestiges of his humanity. When he arrives at Winterfell in Season 7, he's cold and remote, barely aware of Meera, who is the only other survivor of their trip. When she leaves him, it's like Bran doesn't even realize he should say anything, as he's already seen her live and die and said goodbye.

His new abilities unnerve his sisters. Sansa is especially caught off-guard he seems to know everything that's happened to her. However, Bran also knows the dangers they face from Littlefinger, who is still trying to play his way to the Iron Throne. Bran's more concerned with his sisters seeing through that than their discomfort of his ability to see through them.

Bran is also concerned about Jon Snow, King in the North, who everyone believes is their bastard half-brother via their father's side. He already saw into the past in Season 6 and knows Jon is their cousin, son of their Aunt Lyanna, which Ned spent his life covering up. In Season 7, Bran looks through time again. This time he learns Jon is no bastard, but the legitimate son of Rhaegar and Lyanna, the former of whom annulled his first marriage. Jon is not only the true born son of their union, but his rightful name is Aegon Targaryen.

How exactly Bran will blurt all this out in Season 8 is not yet known, but considering his total lack of human boundaries, it will probably be at a totally awkward moment. Fans will find out when Game of Thrones returns on April 14.