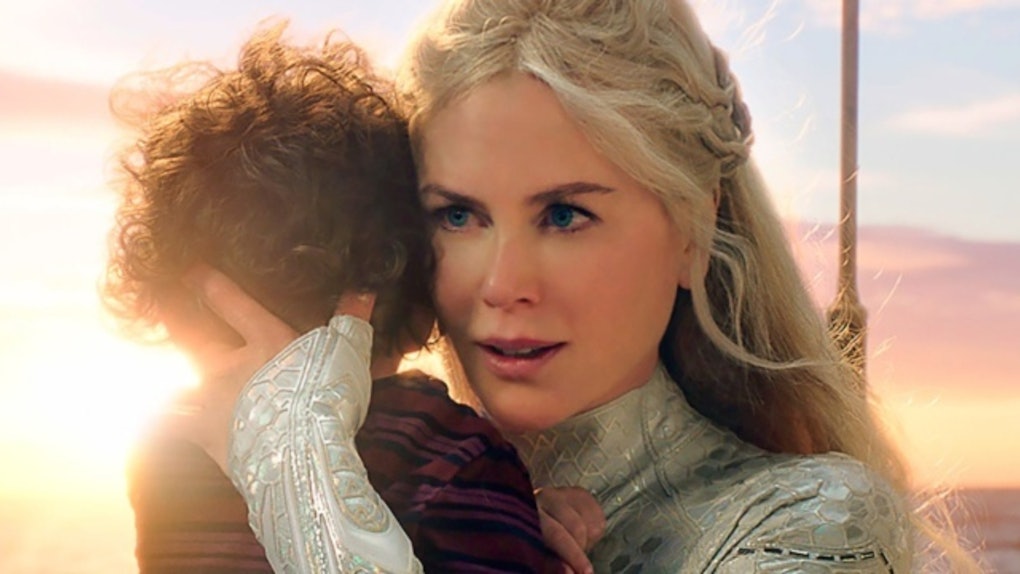 What Happened To Aquaman's Mom? Her Death Wasn't What It Seemed

Warning: This post contains spoilers for Aquaman. Marvel movies might have an illustrious cast of actors that have come to epitomize blockbuster flicks, but when a superhero movie casts Nicole Kidman, you know that her character is worth watching. The Oscar winner appears in DC Films' Aquaman as the titular character's mother Atlanna, a queen of Atlantis. While action movies can be quick to eliminate its A-list stars so the newcomers can shine, Aquaman didn't exactly follow that pattern. What happened to Aquaman's mom? The gruesome circumstances of her supposed death weren't what they seemed.

In Aquaman, Kidman resembled what you'd expect Ariel's more composed big sister to look like. Viewers watched Atlanna fall in love with a human lighthouse keeper, Tom Curry (Temuera Morrison), and eventually give birth to their child, Arthur, who grew up to be Jason Momoa's Aquaman. Soon after returning to Atlantis and asking her adviser Vulko (Willem Dafoe) to teach Arthur how to use his powers, Atlanna was shamed for falling in love with someone on land and having his child. But Daddy, she loves him!

King Orvax, the father of current Atlantis ruler and Arthur's half-brother Orm (Patrick Wilson), then sent Atlanna to the Trench, a former tribe within the kingdom whose members were essentially living as deadly piranhas. Knowing that his mother was presumably killed by the Trench, adult Arthur was reluctant to explore his own connections to the kingdom that murdered her. It's safe to say that most of us would be wary to trust an entity that destroyed Nicole Kidman, right?

Later, during their quest to stop Orm's attempts to unite the sea's seven kingdoms against everyone on land, Arthur and Mera (Amber Heard), Atlanna's Atlantean ward, reached the Trench's area. Assuming they could easily meet the same fate as Atlanna, the two were proven wrong when they were sucked into a portal that deposited them into a sea hidden within the center of the earth. There, they found Atlanna, who survived the Trench and had been living in this secret location ever since.

Proving that all boys have a special love for their mother, the discovery of Atlanna prompted Orm to relinquish power and accept imprisonment after Arthur proved he was the rightful king of Atlantis. We're still waiting for confirmation of Aquaman 2, but Arthur and Orm's bond is clearly similar to that of the often antagonistic brothers Thor and Loki from the Marvelverse. Here's to likely seeing more brotherly conflict between the Atlantean men in any future films.

The truth about Atlanna stayed under wraps before Aquaman's release, but director James Wan previously teased the character's importance in an interview with ComicBook.com, saying:

It's not just a love story between Arthur and Mera, it's a love story of mom and dad and how even though they have nothing in common so to speak — she's the queen of Atlantis and he's a lighthouse keeper, a surface dweller — but the love that they have for each other is what creates this boy. That will grow up to become Aquaman.

Her screen time may have been limited, but Kidman definitely brought a golden touch to the aquatic hero's new story.

Aquaman is in theaters now.