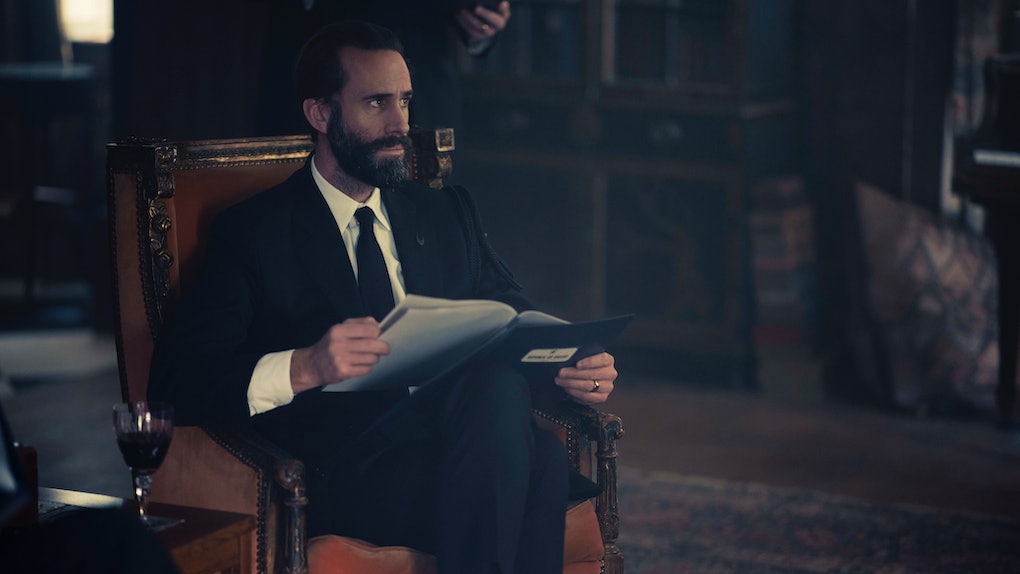 What Happened In Chicago On 'The Handmaid's Tale'? Let's Break It Down

The first season of The Handmaid's Tale followed the books so closely, fans never got a sense of Gilead, or how the new government worked, beyond the Waterford household. Season 2 began expanding Gilead, confirming the borders correlate to the 48 contiguous states of the US, and that major cities like DC were part of the new country. It also confirmed celebrities like Oprah Winfrey were now in Alaska, suggesting places like Chicago had fallen. But maybe not. What happened in Chicago on The Handmaid's Tale? Warning: Spoilers for The Handmaid's Tale Season 3 follow.

Oprah's voiceover cameo caused a stir last season since it was the first real-life celebrity the show had on. But it also suggested terrible things outside of the Boston area where June resides. Oprah, as most know, for decades was synonymous with Chicago, having started her career there in 1983. If Oprah had flown to Canada, that was a bad sign for the Windy City.

But Season 3 begins with rumors that Chicago may not be fully under Gilead's control. As Episode 2 begins, June's new shopping partner casually mentions, "We're about to take back Chicago, my mistress tells me."

If you're anything like me, you responded to this news with "I'm sorry WHAT?" June, thankfully, is nothing like me. But throughout the next two episodes, fans discover things in Chicago are not going well for Gilead.

The real issue, of course, is there is little in the way of news one can trust. June may be in a new household, but all the rules of Gilead still apply. There's no TV, no free press, and so everything June learns is filtered through the perceptions of others. What is happening precisely in Chicago is not clear, but everyone agrees it's going to be resolved, quickly.

There are cages full of POWs who have been taken, though whether they are actual rebels or just people off the street who were wrong place wrong time is unclear, and binders full of women prisoners, most of whom will die. There are discussions of doing purge-like "salvagings" which seems to basically boil down to opening punishing women everywhere to instill fear in the rest of the country to prevent more uprisings. But mostly everyone functions under the assumption they are winning in Chicago, and that's final.

But there's one person who seems far more realistic about the ground war that it will take to "take back Chicago," if that's even possible. That would be Commander Nick Blaine, newly promoted now that the Waterford household has been dissolved. When he comes to visit June in the Lawrence household, it's not to rekindle their romance, but to say goodbye. He's being shipped to the Front and will be heading up the troops as part of the effort to take back the city.

He doesn't believe he will survive, and June taking one look at his face realizes that whatever she's heard, it's not the truth. Nick is almost certainly being sent away to die. Whatever is happening in Chicago, it's almost certainly going to be a bloodbath for all sides.

This article was originally published on June 4, 2019