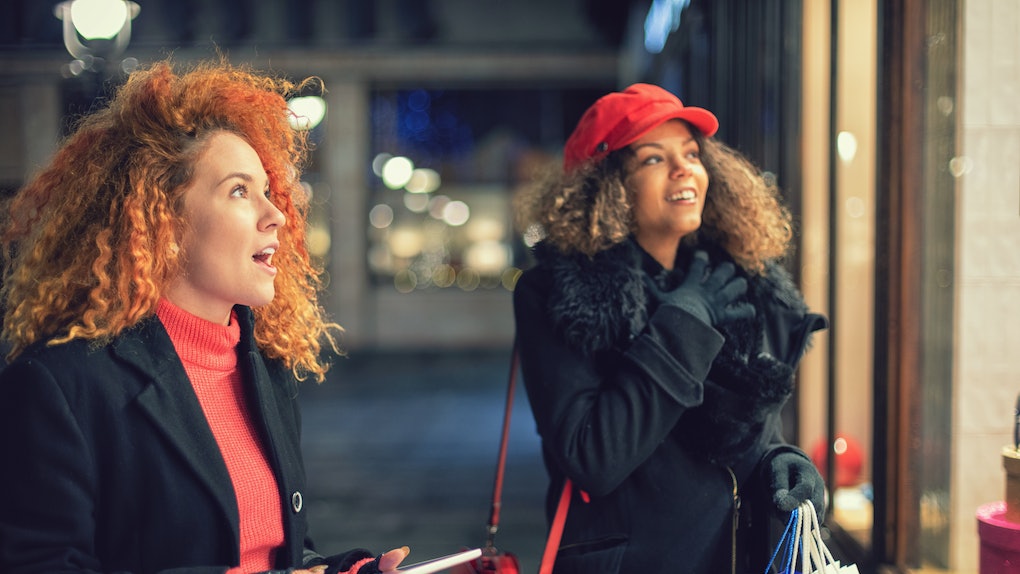 What Each Zodiac Sign Really Thinks About Black Friday, The Wildest Discount Day Of The Year

Doesn't everyone have a major opinion about Black Friday? After all, it's basically a national holiday based on shopping, and who can resist the temptation to snag as many deals as they can? Of course, it is ironic that Black Friday always begins only a few hours after everyone's finished their plates at Thanksgiving dinner. One minute, you're told to give thanks for all that you already have; the next, you're encouraged to join a mob of ruthless shoppers and dive deep into consumerist culture. But hey, I guess you can shop for items you can be grateful for during next year's Thanksgiving. It's a cycle that never ends. Point blank: Emotions are at extremes, the energy is high, and what each zodiac sign thinks about Black Friday will probably make so much sense.

Black Friday is the holiday everyone loves to hate, and hates to love. It's an almost necessary sacrifice that many make to accomplish all the major Christmas purchases at a lower price. So get out of bed, grab your shopping BFFs, and make the best out of it, because if you don't, someone else will.

Aries: You'll Let Nothing Stand In The Way Of Black Friday

All those crowds blasting into stores at the crack of dawn, aggressively scrambling for all the best deals? You're the one leading the pack. When you want something, you'll stop at nothing, and Black Friday is definitely no exception.

You take Black Friday very seriously, and you're basically the expert on maximizing the deals and minimizing the discomfort. You know all the secrets, all the shortcuts, and you will definitely not tolerate any complaining among your pack of shoppers.

Gemini: You're Running To Every Store In The Mall

You're like an unstoppable roadrunner on Black Friday. While everyone is yawning and groaning, you're running around to every shop at the mall, hyped on caffeine and accomplishing all your Black Friday goals in record time.

Cancer: You're Encouraging Everyone To Spend Big

You're the caring and affectionate mother in your group of Black Friday shoppers. You've packed snacks, blankets, and a thermos, which you plan to share with everyone. You're also motivating your fellow shoppers to Black Friday their heart out.

Leo: You're Definitely Buying Way More Than You Expected

You probably went into Black Friday thinking you were just gonna buy one or two things, but before you know it, your shopping cart is overflowing with random stuff. Disco ball? 3-foot-tall lava lamp? Swarovski crystal crown? Um, you definitely need all of those.

Virgo: You're Probably Nickel And Diming Every Deal

Black Friday is supposed to be about cheap deals, and yet you find everything is still so expensive. Everyone is getting fooled by these barely-even-lowered prices, and you're just in awe that Black Friday can be such a scam.

Libra: You're Spending More Than The Deals, But That's OK

You were probably barely even thinking about the fact that Black Friday is about cheap deals. To you, it's a national celebration of shopping, and chances are, you're still gonna buy whatever it is your heart desires, deal or no deal.

Um, getting out of bed at the pre-dawn hours to queue in the cold? No thank you. You probably Black Friday shop online at home, curled up in cozy blankets as you click "add to cart" over and over again. Why would anyone celebrate it otherwise?

Sagittarius: To You, Black Friday Is All About The Experience

Sure, the Black Friday deals are great, but to you, it's just a wild and exciting experience you don't want to miss out on. You love forming a game plan with your group of shoppers and the thrill of rushing through stores at the crack of dawn.

Capricorn: You Are Waiting In Line Early AF For Black Friday

Chances are, you've got a mission on Black Friday. There's one deal on your mind and you'll be damned if you don't get it. You're probably the first one to wait in line outside the store, and the minute it opens, you're running in, grabbing it, and then going straight back home.

Aquarius: You Have A Love-Hate Relationship With Black Friday

You probably think Black Friday is a terrifying display of desperate consumerism. However, not even you can resist the deals. Chances are, you're Black Friday shopping just as hard as the rest of 'em — you're just not bragging about it.

Pisces: You're Just Amazed That Everything Is So Cheap

On Black Friday, you're simply starry-eyed. How can they get away with such amazing deals? I mean, 10 percent off? Unreal. Some might say you're gullible, but I say you're enthusiastic. You're certainly walking away with items you never needed — or knew you needed — in the first place.

This article was originally published on November 8, 2018