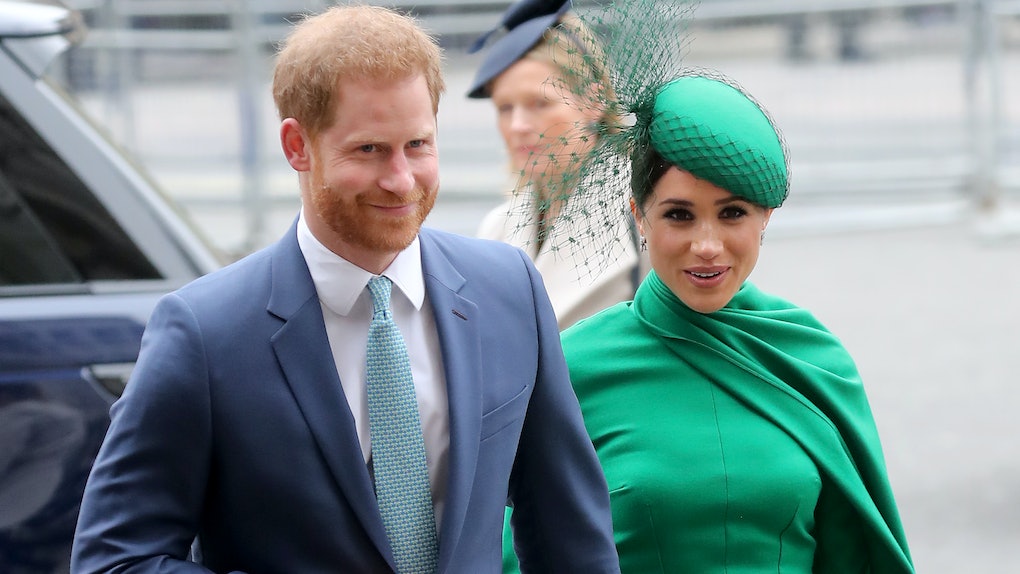 What Does Prince Harry & Meghan Markle's Netflix Deal Entail? Here's What We Know

At the start of 2020, Prince Harry and Meghan Markle shocked the world by announcing they would be stepping back from their royal duties, and since then the power couple has moved across the pond and down a new path together. Now, fans finally know what that path is. On Wednesday, Sept. 2, The New York Times revealed the couple signed a multiyear deal with Netflix. So, just what does Prince Harry and Meghan Markle's Netflix deal entail? Here's what shows and movies fans can expect the couple to produce.

Fans of the royal family have been speculating about Harry and Meghan's future plans ever since they announced they'd be giving up their titles in January. The couple's move to Los Angeles spurred rumors that they may get involved in the entertainment industry, and now fans know that to be true. The Duke and Duchess of Sussex founded a production company that has not yet been named, and it's already inked a major deal with Netflix. The multiyear deal will see Harry and Meghan producing documentaries, docuseries, scripted shows, feature films, and children's programming. The couple has yet to reveal any specific projects they have planned for Netflix, but said they are interested in family-friendly media that inspires audiences. "Our focus will be on creating content that informs but also gives hope,” the couple said in a statement. “As new parents, making inspirational family programming is also important to us.”

The deal comes shortly after Harry appeared in the Netflix documentary Rising Phoenix, which chronicled the lives of various Paralympic athletes.

Although Markle is known for her acting roles prior to her marriage, she is expected to remain behind the camera as part of this Netflix deal. Markle has reportedly claimed she's not interested in returning to acting several times over the last few years.

The new production deal is the latest instance of Netflix making major overall contracts with high-profile creators. The streamer inked a similar deal with Barack and Michelle Obama in 2018, which has led to the former president and first lady producing three documentaries for the network: American Factory, Crip Camp, and Becoming. Netflix also locked in industry icons Shonda Rhimes, Ryan Murphy, and Kenya Barris with overall deals in recent years.

Hopefully, Harry and Meghan will announce their first project for Netflix soon, so fans can look forward to checking out their post-royalty work.

More like this
Is Netflix Making A 'To All The Boys' Spinoff Series About Kitty? Here's The Tea
By Rachel Varina
'He's All That': Premiere Date, Cast, Trailer, Filming News, & More
By Dylan Kickham
Kathryn Hahn Hopes To Explore Agatha's Backstory In Future Marvel Projects — EXCLUSIVE
By Dylan Kickham
Stay up to date