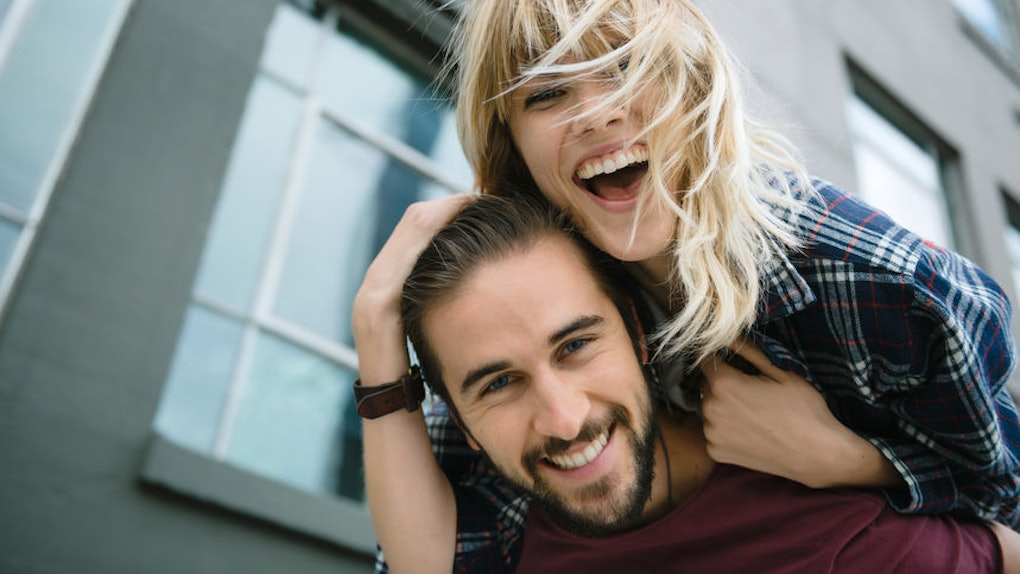 What Does "Keeping It Casual" Mean When Dating? It Can Be Confusing AF

Is it just me, or does dating feel like a super ambiguous concept these days? I can’t even count the number of times I’ve been on a couple dates with someone, feeling like things were really progressing, when they hit me with a text saying, “I’m just looking to keep things casual.” What does “keeping it casual” mean when dating? Are we exclusive? Can we hang out in public or are we just hooking up in private? What if I catch feelings? It’s confusing, and I don’t always know how to react.

For the sake of clarity, I reached out to a few experts to learn what this perplexing concept really means… and, well, it turns out there’s no simple answer. The best way to think about a casual relationship, according to dating coach Erika Ettin, is to understand that this person is not ready for a commitment with you. “Casual often implies a physical relationship, and nothing more,” she explains. “Don't expect a partner/boyfriend/girlfriend. Casual means just that — when it's convenient for the other person.” For whatever reason, this person isn’t keen on jumping into a fully-fledged commitment, so they’re likely looking for a relationship that focuses solely on physical chemistry.

There are a million reasons why someone might want a casual relationship. Maybe they're dealing with commitment issues, or maybe it's something as simple as a busy schedule or their newly single status. Some people go through periods where they just aren't interested in a relationship, and that's OK. What's important is that you've established this, so both partners' expectations are aligned.

Now that it’s clear that a casual relationship means you’re not in a relationship… what are you doing? Is this an exclusive thing, and can you hang out in public together? Ultimately, it all comes down to what you’re both comfortable with. "There's not one blanket statement that defines any type of relationship," said Dr. Benjamin Ritter, founder of The Breakup Supplement and LFY Consulting. "Casual for you can be different than casual for another person.” He explained that for some people, this might mean you’re meeting each other’s friends, going on dates, and being affectionate in public. But for others, it might be purely a sexual partnership. “When it comes to the idea of being casual, it's all about intent," he said. And that varies from one person to the next.

This is why it’s crucial to discuss what “casual” means in your scenario. An honest conversation will help you avoid any uncomfortable situations where you’re unsure what’s appropriate behavior for your non-relationship. “Remind yourself of your intent in the beginning of the arrangement so that you can manage your expectations,” suggests behavioral scientist Clarissa Silva. This will come in handy if you start thinking you want something more serious down the road. Ultimately, it’s up to both partners to arrange a situation you’re mutually comfortable with. Even if you weren’t the one who initially suggested the “casual” label, you’re entitled to help define its terms!

One thing to watch out for is protecting your feelings in casual relationships. If you’re all in for fun and flirty hangs with no commitment, more power to you. But if deep down, you know you’re looking for something more serious, you may want to be careful with how you approach this. “Do not — I repeat, do not — go in thinking you can change someone's mind,” Ettin urges. “That is disappointment waiting to happen.” Instead, decide right off the bat what you’ll accept from a casual arrangement. “You get what you allow,” Ettin says. “If you want more from someone, it'll be best to look elsewhere.”

If you’re already months deep into a casual relationship, and you notice yourself catching feelings, evaluate the signs to determine whether your non-partner might be feeling the same. “A casual relationship can progress into something more when there are mutual feelings involved,” explains Silva. The key word here is mutual — you need to be on the same page! “If one of you begins to broach the subject of being exclusive, or one acknowledges that you both have been exclusive and would like to explore why,” Silva says, you might be headed for something more serious. In certain situations, a relationship may progress naturally from casual territory to long-term commitment — and if this happens, just evaluate your feelings together as they come.

If your non-partner isn’t on board with taking the situationship to the next level, trust your gut about whether it’s time to move on. "Don't let your relationship just happen to you,” Ritter advised. Decide what you’re ultimately looking for, and if it’s something more serious, know that you deserve this! Casual relationships can be a blast when everyone is happy, but the minute you’re feeling anything different, you have the right to pull back and take care of yourself. Live your romantic life on your own terms, and never settle for less than what you want and deserve.

More like this
This Couple Met On Upward & Credit Their Faith For Keeping Their Love Strong
By Hannah Orenstein and Veronica Lopez
12 Books About Dating & Relationships That Are Must-Reads
By Corinne Sullivan
Are Demi Lovato & Noah Cyrus Dating? They're Reportedly "Hanging Out"
By Joyann Jeffrey
Stay up to date